All You Need to Know About Solar-Powered Cars 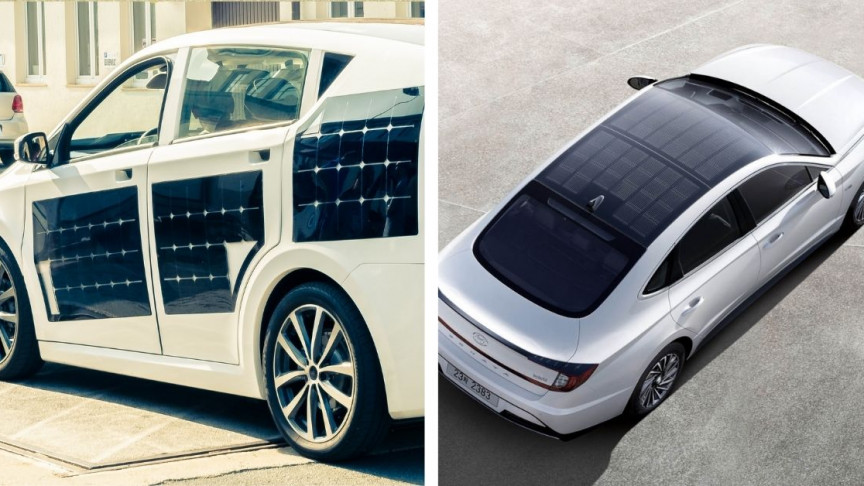 With the increased interest in renewable and sustainable energy systems, solar-powered cars have come to the fore. Many automobile companies are working towards making solar cars, and the technology could well change the future of the automotive industry.

Solar cars are electric cars that use photovoltaic cells to convert energy from sunlight into electricity. These cars can store some solar energy in batteries to allow them to run smoothly at night or in the absence of direct sunlight. If used on a large scale, solar-powered cars not only help with environmental pollution but also noise pollution.

RELATED: HYUNDAI UNVEILS SOLAR ROOF CHARGING CAR THAT REPLENISHES UP TO 60% OF BATTERY

Many prototypes of solar-powered cars are currently ın development. Both large and small automakers are involved in developing hybrid solar cars. According to some estimates, the solar vehicle market could reach $689 billion by 2027. Automobile companies are already working on ways to capitalize on the idea with interim technology, such as solar roof panels for charging batteries and internal systems.

However, solar cars have a number of serious design and technological limitations. Some of these are partly tied to aesthetics. Such a car needs to be able to accommodate several solar panels, and there is limited space for that. That’s why, most solar vehicles developed so far are meant to run in solar car races, and not meant for regular use.

Sunswift IV is the fastest solar car that exists currently. This car was built by the students of the University of New South Wales for Solar Racing. The car uses technology that is similar to and a combination of the ones used in bicycles and aerospace, and the automotive industries.

However, so far, none of the vehicles have been designed in a way that they can 100% rely on solar energy alone. In addition, they use designs that would not be practical in real life. For example, the roofs are often flat and massive, to accommodate more solar panels; to save on energy use, they’re built with ultralight materials that would not survive even a minor crash, and they can only seat one person and no luggage.

How do solar-powered cars work?

A solar panel allows photons, or particles of light, to excite electrons, generating a flow of electricity. Solar panels are made up of many, smaller units called photovoltaic cells that are linked together.

Each photovoltaic cell is essentially a sandwich of two slices of semi-conducting material, such as silicon. The silicon is mixed with other materials, usually, phosphorus and boron, to give each “slice” a positive or negative electrical charge. This creates an electric field at the junction between the two layers.

When a photon of sunlight knocks an electron free, the electric field will push that electron out of the silicon junction. Metal conductive plates on the sides of the cell collect the electrons and transfer them to wires. At that point, the electrons can flow like any other source of electricity.

There are some of the advantages of using solar cars:

What are some of the current developments in solar-powered cars?

One of the first solar-powered cars was made by General Motors and was showcased at a convention in Chicago in the year 1955. Called the “Sunmobile,” this solar-powered 15-inch (38 cm) long prototype “car,” was made of a small Pooley electric motor and 12 selenium photovoltaic cells.

The Pooley electric motor was responsible for turning a pulley that rotated the rear wheel shaft. It was the first-ever solar car, but it was too small to drive.

Another interesting solar-powered car is the Sion, built by Sono Motors. The company claims this is the first commercially-available hybrid solar-electric vehicle. It has a range of up to 160 miles (255 kilometers) and can charge itself using solar power. It is equipped with 248 solar cells that are integrated into its body.

On average, it takes about 30 minutes to charge up to 80% at a charging station. This car sells for around $28,500. However, it is important to note that the solar panels are only intended to help with charging the vehicle — it is not designed to run on solar power alone, and in fact, is not able to.

Companies like Toyota, Hyundai, and others are also working on building a fully functioning solar car or a hybrid version of it. There are also other solar car projects, making automobile technology more sustainable in the future.

The Stanford Solar project has also built some solar cars and is developing others in the hopes of, one day, bringing them to the market. Founded in 1989, the project is still entirely student-run and run as a non-profit for the benefit of making the technology a reality one day.

In 2019, Toyota developed a prototype solar-powered Prius that produced 180 watts of electrical power per hour, and had a range of 3.8 mi (6.1 km) after a day of charging. However, later models claimed to reach 860W of power and a range of 27.6 mi (44.5 km) on a full charge. However, the solar cells were only able to top up the battery 3 the vehicle still needed to be charged at a charging point.

A Dutch startup called Lightyear has unveiled a prototype of its first solar-powered electric car called ‘Lightyear One’ that boasts a range of 450 miles (724 km) on a single charge.

Although the car will cost around Euro 150,000, it will be very interesting if it lives up to the efficiency it claims.

The company is taking pre-orders and is planning to start production by 2021.

Why aren’t we driving around in solar-powered cars already?

There are a few reasons why even the most advanced automobile companies haven’t been able to develop fully solar-powered cars.

The first and foremost reason is the solar panel itself. The current commercially operated solar panels that we use have only around 20 to 35% efficiency. Hence, to power a solar car, we would need a lot of extra space for solar cells. But doing so invokes two other problems — weight and cost.

Solar panels are not cheap, and they are not weightless either. Packing the car’s body with solar panels means that you are adding a lot of weight and cost to the car. Solar films has been developed, and they are much lighter than panels, although they are also less efficient at the same time. And when you factor in the weight of the battery, the idea of solar-powered cars seems less and less feasible for the real world.

On a clear day, the earth’s surface receives approximately 1 kW of solar energy per 10 sq ft (1 sq mt). Given that a highly-efficient 32 sq ft (4 sq mt) PV panels can generate roughly 8 kWh of energy per day, you would only get around 25 miles (40 km) of range out of a normal complement of panels.

Poor weather conditions, driving conditions, improper positioning of the panels, and accumulation of dirt would likely make your solar car struggle to reach this figure.

Additionally, solar-powered cars aren’t “100%” eco-friendly. If you look at the way batteries and solar cells are made, especially how the minerals used are mined from the Earth, it becomes clear that each vehicle comes with its share of carbon footprint.

But that doesn’t mean that they will not become widespread in the coming years. Current research into low weight batteries and high-efficiency photovoltaic cells may one day make solar-powered cars viable.