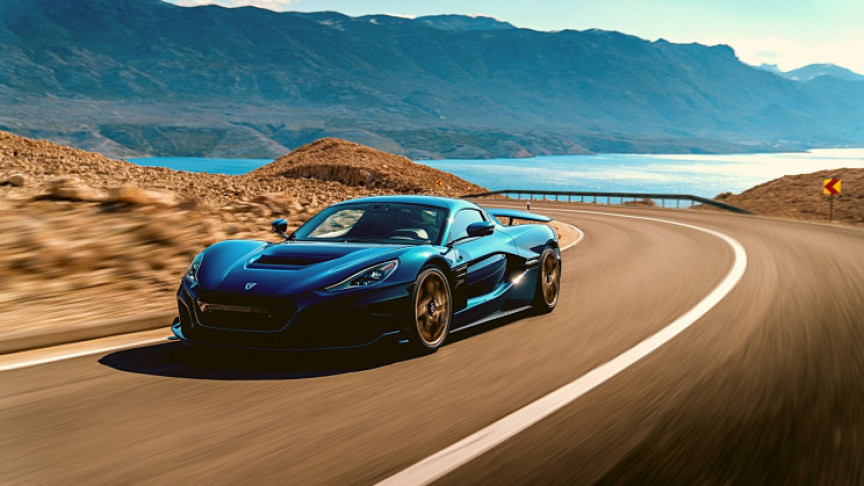 We have already covered the impressive Rimac Nevera. We described it as an “all-electric hypercar stuffed with cutting-edge technology.”

The Rimac Nevera takes its name from a peculiar storm that spontaneously forms above the open sea of Croatia and with 1,914 horsepower (HP) and 1,740 lb-ft (2,360 Nm) joined with four permanent magnet motors, the name is apt.

We reported previously on how Nevera’s zero-to-60 mph (roughly 100 km/h) sprint takes only 1.85 seconds, and if you keep the pedal pressed firmly down, it will zoom up to 258 mph (412 km/h). The company also claimed that Nevera’s elapsed time for a quarter-mile is 8.62 seconds, barreling from zero to 186 mph (300km/h) in just 9.3 seconds, which is 2.5 seconds faster than initial projections for the vehicle.

Now, we have video proof of the car’s impressive abilities courtesy of the YouTube channel Dragtimes. In this video, the car beats its own previous record of 8.62 seconds which was run on an unprepared airstrip in its home country of Croatia. It runs the quarter-mile in just 8.582 seconds at 167.51 mph (268 Km/h).

“But Nevera is about so much more than speed,” Rimac founder and CEO Mate Rimac told The Drive. “With the largest battery pack ever fitted to a production car, it can travel 340 miles on a single charge. With in-house-developed Rimac All-Wheel-Torque Vectoring 2, it’s as agile as it is fast, and with electrically adjustable dampers and active aerodynamics it’s comfortable and quiet on a cruise, and a performance machine on a track.”

During the run, the vehicle was equipped with Michelin Pilot Sport 4S tires, the same tires that come on every customer Nevera. Launch Control was used and the record was set on the 11th run of the day.

It should be noted that Rimac bought Bugatti a little over a month ago which could explain the company’s focus on speed.