Aliens From Nearly 2,000 Worlds Can See Earth. Should We Be Worried? 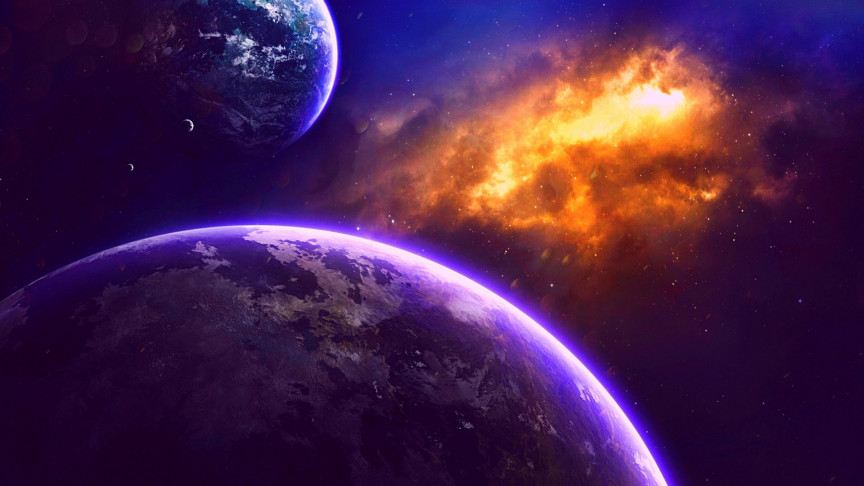 The human race is searching for alien life on distant worlds, secure in the knowledge that interstellar spying is a one-way activity. But what if the cosmic abyss is looking back?

A team of astronomers has identified 1,715 stars within roughly 300 light-years capable of seeing the Earth in all her life-like glory for the last 5,000 years, according to a new study published in the journal Nature.

For many, this is exciting and positive news. But several great minds, including the late Stephen Hawking, have expressed doubt on the idea of revealing ourselves to alien intelligence that may not have our best interests at heart. This raises the question, should we be worried that distant aliens, if they exist, can probably see us?

The Earth could be a transiting planet for alien astronomers

Earth-bound astronomers have discovered thousands of planets beyond our solar system (exoplanets) since the go-go 1990s, and if alien intelligence does exist on distant worlds, there are probably some that have done so for a lot longer. Walking with this reasoning, astronomers have determined that a great abundance of nearby stars are situated in prime positions from which to view the Earth, and its appealing life-friendly atmosphere.

As of writing, more than 4,000 exoplanets have been spotted and confirmed to exist, most of which via what’s called the transit method of planetary detection. The transit method involves measuring the cyclical dips in a host star’s brightness, or luminosity, which are caused by a passing exoplanet. When astronomers see a giant dip in brightness, they know they’re dealing with a massive planet. To calculate the length of an exoplanet’s year, all scientists have to do is continue to watch the host star for repeat transits, and write down the time between.

It’s not quite this simple, but compared to other methods, the transit way of detecting exoplanets is very efficient. But there’s a downside: you can only see an exoplanet passing between the host star and us if the planet’s orbital trajectory moves on a two-dimensional plane that’s “edge-on” to us. In other words, if it’s in our line of sight, we can see it, but there are many other possible angles for an orbital plane to take. And, if we flip the scenario around, alien astronomers might also use the transit method to see the Earth, if their system is in line with Earth’s orbital plane.

Last year, Professor of Astronomy at Cornell University Lisa Kaltenegger and her team discovered roughly 1,000 stars located in what’s called the Earth Transit Zone (ETZ), the “sweet-spot” area extending outward from the Earth’s orbital plane, within which beings on distant planets can detect us via the transit method. Kaltenegger and her study co-author Jackie Faherty, who is an astrophysicist with the American Museum of Natural History, have extended this exposed-to-aliens situational report backward through time. “The universe is dynamic and everything moves,” said Kaltenegger to Gizmodo. “Thus, the cosmic front seat to see Earth as a transiting planet, blocking light from the sun, is fleeting. It can be gained and lost. We wanted to know how long stars keep that vantage point, and also which stars had it and which stars will get it.”

The two astronomers narrowed their study down to 10,000 years, looking 5,000 years into the past, when the human race was barely starting to experiment with civilization, and the next five millennia to come. Many might wonder why we should bother checking to see who will be able to see us in the next 5,000 years, considering the urgency of today’s most bracing social antagonisms (like climate change, and others). Not Kaltenegger. “I am optimistic that we’ll figure out how to survive,” she said to Gizmodo.

However, this isn’t to say that we should be excited about aliens potentially watching us evolve through the eons. Recently, a Nature editor Mark Buchanan penned an op-ed in The Washington Post, warning the world that we should question our motivations for contact with alien intelligence. “Chances are,” he began in his piece, “we should all be grateful that we don’t yet have evidence of contact with alien civilizations. Attempting to communicate with extraterrestrials, if they do exist, could be extremely dangerous for us.”

Buchanan goes on to suggest that it’s perhaps wiser to just wait on attempting first contact with aliens, should they show up in our neighborhood. But what if they’re already watching us? If they’re at similar levels of technological sophistication, we have nothing to worry about, because the distances are far too vast. And, if we can focus our ongoing search for life on distant worlds to the ones lying in the ETZ, we can return their gaze soon enough, and might detect alien life sooner than we would have otherwise.

In the end, and especially with ongoing commercial activities into space like SpaceX’s Starlink — which will eventually make us more obvious than ever to the universe — the only way to stop potentially malevolent species from seeing the Earth is to build something like a Dyson sphere around our sun, to block its (and the Earth’s) light. While the history of colonizers on Earth does not bode well for people with less advanced technology, we can rest assured that a species capable of traveling interstellar distances within a human lifetime living on an exoplanet within the Earth’s ETZ probably isn’t very interested in us, since they’ve had at least 5,000 years to intervene in our society. In other words, it’s probably fine.