Alien Life Signs – Did We Just Find Life on Venus? 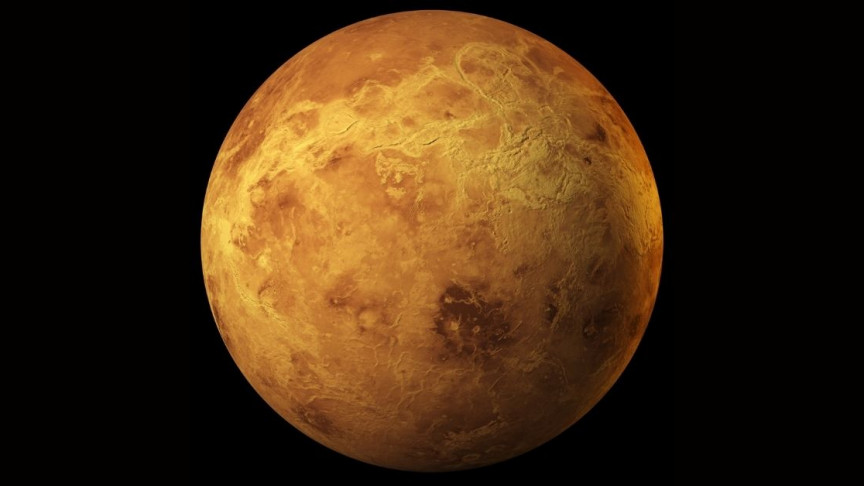 There may be life on Venus.

Researchers detected spots of phosphine in the atmosphere of the planet Venus — telltale signs of alien life — in quantities high enough to stretch non-biological explanations, according to a new study published in the journal Nature Astronomy.

In other words, we may have just found alien life in our solar system.

The researchers emphasize caution against jumping to conclusions, since there is no way of finding out for certain what the findings mean. In their paper, they said this detection “is not robust evidence for life, only for anomalous and unexplained chemistry,” adding that additional work is needed to know for sure.

However, all other known explanations have been ruled out, said the scientists, reports The Independent.

All but alien life.

Here on Earth, phosphine is among the foulest-smelling and toxic gases known. It smells like rotting fish and occurs near pond slime and penguin droppings. While it is created via some industrial processes, it’s also a by-product of anaerobic organisms like microbes and bacteria.

This makes the researchers’ findings an excellent “biosignature,” or scientific sign of life. In the past, scientists have suggested large quantities of phosphine as a possible indicator of alien life — now confirmed on our sister planet, Venus.

If there is alien life on Venus, it’s extremely resilient. The surface of our sister planet is hot and acidic, creating an unforgiving and inhospitable environment for life. But the environment in the upper cloud decks are considered more habitable — roughly 35 miles (56.3 km) high, conditions are more viable for life as we know it.

This is where phosphine gas is thought to be present. But the clouds in this area are so acidic that they would eliminate phosphine quickly, which means something must be actively forming the phosphine at quantities not easily explained by non-biological alternatives, according to the researchers.

The team of researchers is led by Jane Greaves of Cardiff University. “Either phosphine is produced by some sort of chemical or geological process that no-one knows about — or there could be a biological reason,” said Emily Drabik-Maunder, an author on the paper and an astrophysicist from the Royal Observatory Greenwich, The Independent reports.

UPDATE September 14, 1:14 PM EDT: ‘Many, many steps to go’ before alien life confirmed on Venus

“Our study isn’t conclusive that this is evidence of life. However, what is exciting about it is that we’ve found this rare gas in the upper atmosphere of Venus,” said Drabik-Maunder, reports The Independent. “Our team can’t explain the amount of phosphine we’ve found, through our current understanding of the planet. When we try to model what’s happening in the atmosphere — volcanic activity, sunlight, or even lightning — nothing recreates the amount of phosphine gas that we’ve seen.”

Another author on the paper — David Clements of Imperial College London — added some intrigue to the mystery of life on Venus. “This isn’t a smoking gun,” he said. “This isn’t even gunshot residue on the prime suspect’s hands. But there is the distinct smell of cordite in the room.”

In other words, less than an absolute indicator, phosphine gas on Venus is more of a sign of a sign of life. But this is still a step to the potential “discovery of life of some kind in the upper atmosphere of Venus. But we have many, many more steps to go before we can say there’s life on Venus.”

The scientific community has described these new findings as a “genuinely exciting result,” adding that the findings at least show wildly unusual processes happening on Venus. The planet is both acidic and hot enough to melt lead, which is why it’s not usually the first pick among scientists as a potential habitat for alien life.

“This would certainly be a very hellish environment. I’m not using that phrase lightly,” said Lewis Dartnell, an astrobiologist at the University of Westminster who wasn’t involved in the new study, to The Independent.

“It is hot, it is exceedingly acidic. I don’t think any astrobiologist, and certainly not myself, would ever have put Venus at the top of the list,” he said to The Independent, suggesting Europa — Jupiter’s icy moon — or even Mars, are higher on the list. “But you definitely wouldn’t have gone for our next door neighbor on the other side.”

This discovery was chanced upon as an accident when researchers tried out a test to see if they could detect phosphine in an environment like Venus’ — as a technical baseline for further studies elsewhere. “We had no expectation there was actually going to be any there,” said Clements, to The Independent.

However, the observations showed a sizable amount of phosphine floating in the clouds above the surface of Venus.

“It turned from a ‘let’s try this, it’s an interesting problem, and we can set some parameters for what needs to be done,’ into ‘my goodness, we’ve found it, what on Earth does that mean?'”

Additional research was carried out with the James Clark Maxwell Telescope and then the ALMA telescope — the largest telescope in the world — to verify the presence of phosphine in the skies of Venus. The unique signature showed roughly 20 parts-per-billion of the gas.

“This was an experiment made out of pure curiosity, really — taking advantage of the James Clark Maxwell Telescope (JCMT) powerful technology, and thinking about future instruments,” said Greaves, lead scientist on the study, to The Independent. “I thought we’d just be able to rule out extreme scenarios, like the clouds being stuffed full of organisms. When we got the first hints of phosphine in Venus’ spectrum, it was a shock!”

While signs of alien life on Venus are confirmed, it’s important to remember how far away we still are from definitive proof. But Greaves also noted that as we “peel back all the layers,” of alternative explanations for the phosphine, we’re left a striking inevitability: the simplest explanation suggests the presence of some type of life producing the gas.