Alien Contact Could ‘End All Life on Earth,’ Warns Physicist 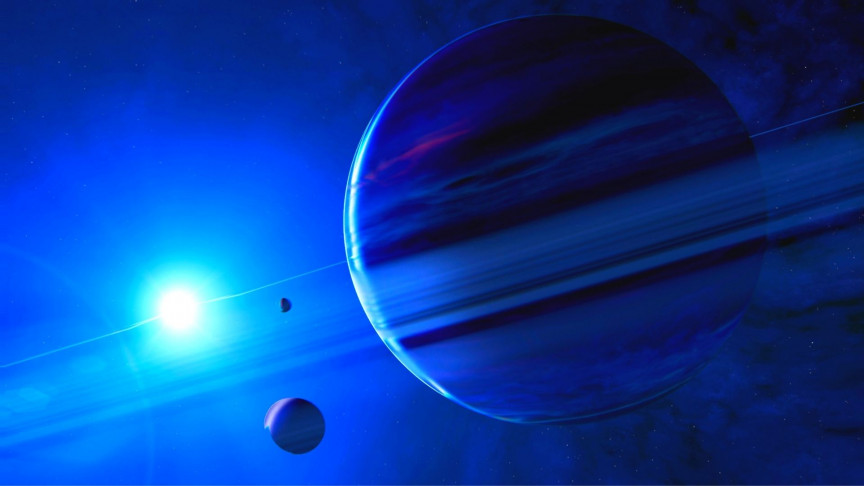 Last year, the Defense Department unveiled infrared videos recorded by the U.S. Navy depicting encounters with numerous “unidentified aerial phenomena.” If these objects were some kind of craft, they seemed to defy the basic laws of physics. While it remains unlikely that the unidentified objects come from aliens, instead of Russia or China, a terrestrial origin might be better for humans than potential contact with extraterrestrial technology.

A new opinion piece from former Nature Editor Mark Buchanan warns that humans should steer away from alien contact at this point in our evolution. “Chances are,” he begins in The Washington Post op-ed, “we should all be grateful that we don’t yet have any evidence of contact with alien civilizations.”

“Attempting to communicate with extraterrestrials, if they do exist, could be extremely dangerous for us,” added Buchanan.

It’s ‘wiser to just wait’ on first contact with aliens

If we’re going to pursue contact with advanced alien races, Buchanan thinks we should emphasize extreme caution. “The search for aliens has reached a stage of technological sophistication and associated risk that it needs strict regulation at national and international level[s],” said Buchanan. To him, the actions of an individual could create outsized effects on the entire human race, taking “actions affecting the future of the entire planet” while gaining “access to powerful transmitting technology.”

In other words, Buchanan doesn’t think we should trust the future of all of humanity to “a handful of radio astronomers.”

Since our solar system is fairly young on cosmic scales, Buchanan thinks other civilizations in the cosmos might be millions of years beyond us in cultural and technological evolution. He’s not wrong, but when one radically advanced civilization encounters another, relatively primitive one, history doesn’t bode well for the latter. Considering the risks of first contact with a “superpowered” alien race, Buchanan thinks it’s “wiser to just wait” when it comes to reaching out to extraterrestrial life. Before we take any more action in the interstellar scene, we as a global community should develop concrete approaches to various scenarios, and consider “developing sensible regulation.”

“It shouldn’t happen now. Or soon,” added Buchanan. “Before it’s too late.” Another physicist of more renown has warned the global community of the potential consequences of encountering an alien intelligence too early. In July of 2017, the late physicist Stephen Hawking expressed his deep concerns surrounding the proposition of humans contacting extraterrestrial life. “One day, we might receive a signal from a planet like this, but we should be wary of answering back,” explained the late physicist in a documentary called “Stephen Hawking’s Favorite Places”. “Meeting an advanced civilization could be like Native Americans encountering Columbus.”

“That didn’t turn out so well,” he said, modestly understating the implication of what happens when profit-minded imperial people encounter another society far behind in technological progress. Of course, there is the possibility that first contact with an alien race will be completely benign. Maybe there’s a friendly federation of alien races who love our shows and here to make friends. It’s not impossible. But that’s not how societies on Earth have treated each other.