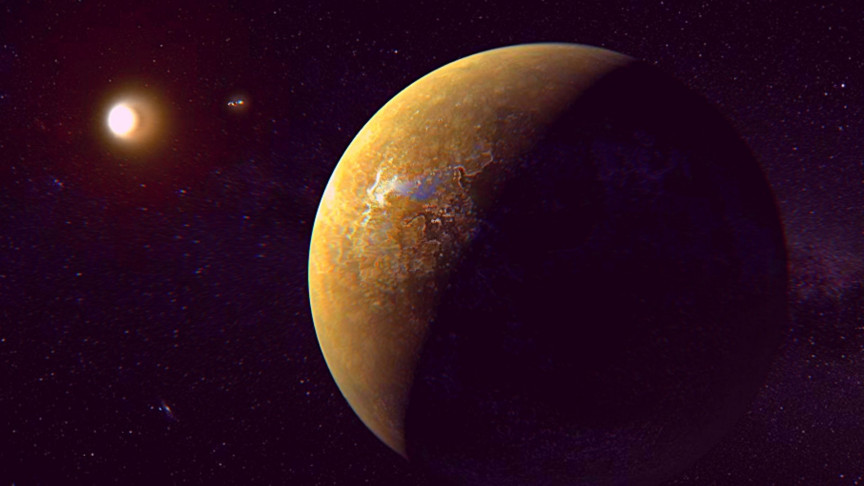 In space, long-distance calls take time. A lot of time.

While the Search for Extraterrestrial Intelligence (SETI) is generally considered more aspirational than other, hard sciences, it’s also surprisingly constrained by technological limitations, and the very nature of time and space, which is why a recent study shared to a preprint server suggests that it could take 3,000 years for a message to reach them.

And, judging from our present state of calamity on Earth, they might be long gone, by then.

Since radio signals (and all electromagnetic waves) move at the speed of light, which is finite, the unimaginably vast distances separating Earth from potentially inhabited alien worlds means leads even the most optimistic SETI enthusiasts with a grim possibility: Even if astronomers somehow detected an alien civilization on a planet beyond our solar system, by the time a message of ours reached them, they might be long, long dead. This is why Harvard astronomers Abraham (“Avi”) Loeb and Amir Siraj looked into the issue in their study. Inspired by the Copernican Principle, which holds that humanity and Earth constitute a universal norm (instead of an outlier, like Lars von Trier’s film “Melancholia”), the team of astronomers made a calculation. “The Copernican principle asserts that we are unlikely to live at a privileged time and so the likelihood of another habitable planet like Earth going right now through the analog of our first century of radio communication, given a few billion years of its history, is below one part in ten million,” said Loeb in a report from Universe Today.

“Therefore, a response is expected only within a large enough volume, containing more than ten million stars,” added Loeb. Supposing intelligent aliens did detect transmissions from Earth, it would take roughly 3,000 years for us to hear back. While the astronomers behind this study include the renowned Professor Abraham “Avi” Loeb of Harvard, who theorized that the interstellar object ‘Oumuamua (which passed Earth by in 2017) might have been an alien light sail. Loeb is also the Frank B. Baird Jr. Professor of Science, the Chair of the Breakthrough Starshot Advisory Committee, Director of Harvard’s Institute for Theory and Computation (ITC), a bestselling author, and Siraj’s primary academic advisor.

If Earth’s technology is the universal norm, we might have long to wait

Loeb’s extraterrestrial theory about ‘Oumuamua was initially proposed in a 2018 paper he co-wrote, which was later formalized in his subsequent book, “Extraterrestrial: The First Sign of Intelligent Life Beyond Earth.” Recently, Loeb partnered with Frank Laukien in addition to other colleagues committed to the evaluation of Unidentified Aerial Phenomena (UAPs, formerly known as UFOs). But in this study, Siraj and Loeb honed in on one specific part of SETI, which the two called the Search for Extraterrestrial Responding Intelligence (SETRI). As you might guess, this is an attempt to account for intelligent aliens who both aren’t dead and want to reply to a message from Earth, possibly in response to observed “technosignatures” on our planet.

“It is important to estimate the response time from extraterrestrial responding intelligences (ETRIs) since such an estimate informs the nature of effective SETI searches — as well [as] the implications of a confirmed signal if we ever receive one,” said Siraj in the Universe Today report. “The question we try to answer in our paper is: when might we expect our first cosmic conversation to take place?” The study is understandably complex, but the two scientists concluded that, since humans are only in their first century of radio technology, and via the Copernican principle this is the norm, “right now, we should not expect to hear back from an extraterrestrial civilization”. In other words, if most other alien civilizations are roughly where we are in terms of technological progress, it could be millennia before we hear back from them.