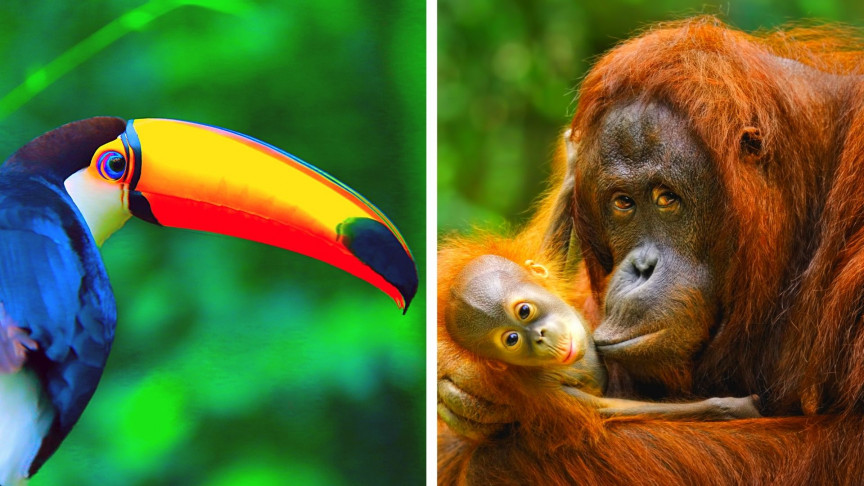 “Survival of the fittest” takes on a new grim tone in the frame of climate change.

Anyone familiar with climate change and the ways it affects human society also knows that animals, too, are forced to adapt to changing environments. And it turns out that some “warm-blooded” animals are already shapeshifting to better regulate their body temperatures as the planet continues to warm, according to a new study published in the journal Trends in Ecology and Evolution.

Some animals are growing larger beaks, while others are getting leg extensions or bigger ears, but, unlike most evolutionary changes, these adaptations have one thing in common: the cause is human industry on planet Earth.

Several animals are adapting to the warming climate

“A lot of the time when climate change is discussed in mainstream media, people are asking ‘can humans overcome this?’, or ‘what technology can solve this?’,” said Bird Researcher Sara Ryding of Deakin University in Australia, in an embargoed release shared with IE. “It’s high time we recognized that animals also have to adapt to these changes, but this is occurring over a far shorter timescale than would have occurred through most of evolutionary time.” To Ryding, the more we alter their environment, the more pressure animals feel to adapt, or die. “The climate change that we have created is heaping a whole lot of pressure on them, and while some species will adapt, others will not.” Ryding also thinks climate change is so complex and multifarious that it’s not easy to single out a single cause of shapeshifting. But, since these changes are happening throughout a wide spectrum of geographical regions and among a diverse array of species, climate change is the only common factor she can pinpoint.

Significant shapeshifting trends have been particularly pronounced in birds, with multiple species of the Australian parrot displaying a 4% to 10% increase in bill size since 1871 — a feature that is positively correlated with summer temperatures of every passing year. Dark-eyed juncos of the North American variety, which are a little kind of songbird, saw increased bill sizes in short-term temperature extremes of cold environments.

Mammals, too, have seen changes, with reports of tail-length increases in wood mice, in addition to reports of larger legs and tails in masked shrews. “The increases in appendage size we see so far are quite small — less than 10% — so the changes are unlikely to be immediately noticeable,” said Ryding, in the release. “However, prominent appendages such as ears are predicted to increase — so we might end up with a live-action Dumbo in the not-so-distant future.”

Ryding aims to analyze shapeshifting Australian birds soon, using 3D scanning on museum bird specimens from the last century. This will enable her team to gain a better grasp of which birds are experiencing modified appendage size from climate change, and why this is happening to them. “Shapeshifting does not mean that animals are coping with climate change and that all is ‘fine,'” explained Ryding in the release. “It just means they are evolving to survive it — but we’re not sure what the other ecological consequences of these changes are, or indeed that all species are capable of changing and surviving.” While bizarre, we can’t stress enough that this isn’t evolution by adaptation to natural shifts in the environment. Human industry is forcing animals to adapt to increasingly precarious environments while simultaneously inventing new ways to endanger animals that are thousands of miles apart, because not all of them can adapt to perpetual climate change. And it doesn’t have to continue.