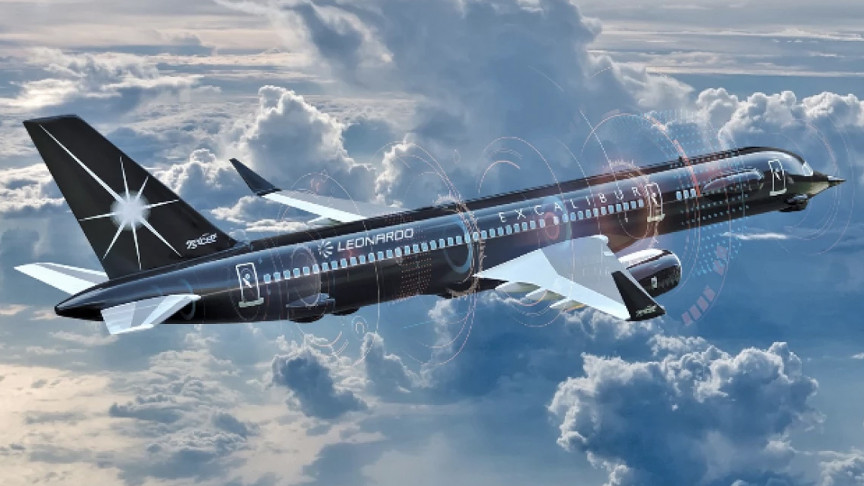 A Boeing 757-200 is being transformed into a flying laboratory as part of the Tempest flight test aircraft program, serving as a real-world testbed for combat aviation technologies that will be utilized in the UK’s 6th-generation fighter jet, the “Tempest,” which is being produced for the Royal Air Force and the Italian Air Force and is scheduled to fly into service in 2035.

While the Tempest is being designed digitally, the technology that goes into it will need to be tested in the real world sooner or later, even before the Tempest Flight Test Aircraft prototype is built. The flying laboratory will allow scientists and engineers to test futuristic integrated sensors, non-kinetic effects, and communications for the Tempest’s Future Combat Air System.

The RAF first announced plans to utilize a modified 757 as a testbed, but little had been revealed since then. In a press release issued on Sept. 15, aerospace company Leonardo announced that it is modifying the Boeing 757-200 airliner to act as a flying laboratory with aviation services company 2Excel.

Excalibur can now carry a payload of 31 tons and fly at a height of 42,000 ft (12,800 m) at a cruising speed of Mach 0.8 for an eight-hour flight time. A Tempest “representative cockpit” will be installed in the passenger cabin, and the aircraft’s nose will be extensively altered to match the fighter jet’s aerodynamics and structure. These modifications will allow the scientists to investigate the possibilities of numerous disruptive combat air technologies, as well as analyze the aerodynamic and structural effects. Moreover, Excalibur will be available to operate as a control hub for testing uncrewed platforms.

The twin-engine Tempest will work alongside the Typhoon and F-35B fighters when it enters service in 2035, and its 6th-generation technology will enable it to function as a flying command and control center, which means the pilot will act as an executive officer rather than a dogfighter. The higher jet will be able to share data across a multi-domain battlespace, deploy hypersonic missiles and laser weaponry, undertake electronic and cyber warfare mission sets, as well as control swarms of unmanned systems.

While the fighter jet appears to be a standard one, officials claim Tempest’s true capabilities will lie in sensing, communications, and data fusion technologies supported by a combat cloud. These characteristics are intended to distinguish it as a next-generation intelligence-gathering asset, with a new radar that enables it to collect a city’s worth of data per second.