AFRL’s ‘ROBOPilot’ Takes to the Skies – After Setback 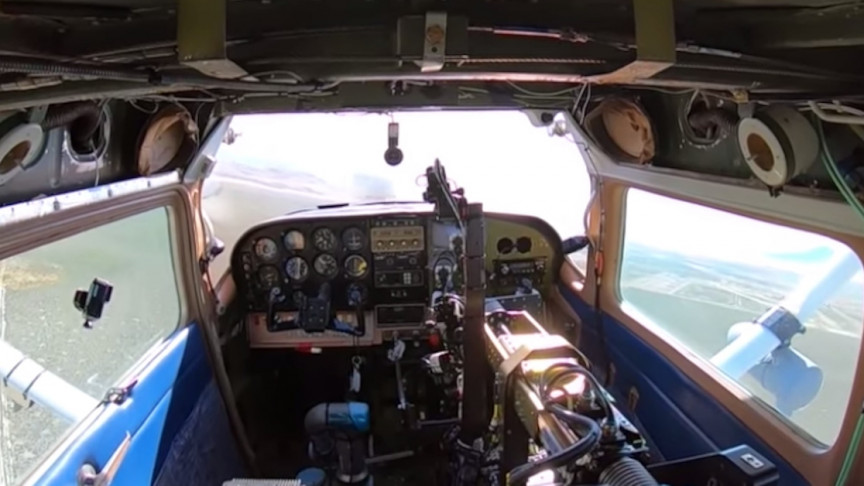 Last year, a mishap forced the Air Force Research Laboratory (AFRL) to ground its ROBOpilot, an unmanned robotic pilot. But good news spread on Monday after the AFRL announced that the ROBOpilot was fit to fly once again.

ROBOpilot’s fourth flight happened on September 24th, at Dugway Proving Ground, Utah, where the robotic pilot flew a plane for 2.2 hours. It also managed to pass all of its tests that the AFRL’s Center for Rapid Innovation (CRI) and DZYNE Technologies Incorporated carried out.

SEE ALSO: US AIR FORCE PUTS ‘ROBODOGS’ TO TEST FOR BASE SECURITY

AFRL’s ROBOpilot fits into the cockpit of a regular plane, without any permanent changes being needed during the manufacturing process. The system holds onto the yoke, flips necessary switches, and is able to push rudders and brakes when needed — just like a human pilot.

It’s also able to remain aware of its whereabouts by understanding the plane’s GPS and Inertial Measurement Unit.

Last year, the ROBOpilot’s first flight was on a Cessna 206, which went terrifically. Its second flight, however, caused damage to the system and it had to go through a rigorous investigation set up by the Safety Investigation Board before being able to fly again.

This month, the ROBOpilot has passed its tests and is good to go again.

It’s exciting times for the AFRL, as Marc Owens, CRI’s program manager for ROBOpilot stated in a press release, “We determined the cause of the mishap, identified the best course of corrective action, and we’re very pleased [to] be flight testing again.”

The ROBOpilot was built once again with a Cessna 206 plane in mind, and had to undergo the same initial tests that it went through last year.

The system quickly and affordably switches a regular plane system into an unmanned flying vehicle, all without making any long-term changes to the aircraft. Missions can then be carried out autonomously, and once more be removed to return to regular pilot-flying mode.

Pilot seats need to be removed, and the robot is then attached to the seat rails.

As Owens pointed out, “ROBOpilot is too good an idea to let the mishap derail the development of this technology.”

Take a look at last year’s inaugural flight of the ROBOpilot below: