Adidas Futurecraft.Strung reinvents how running shoes are made 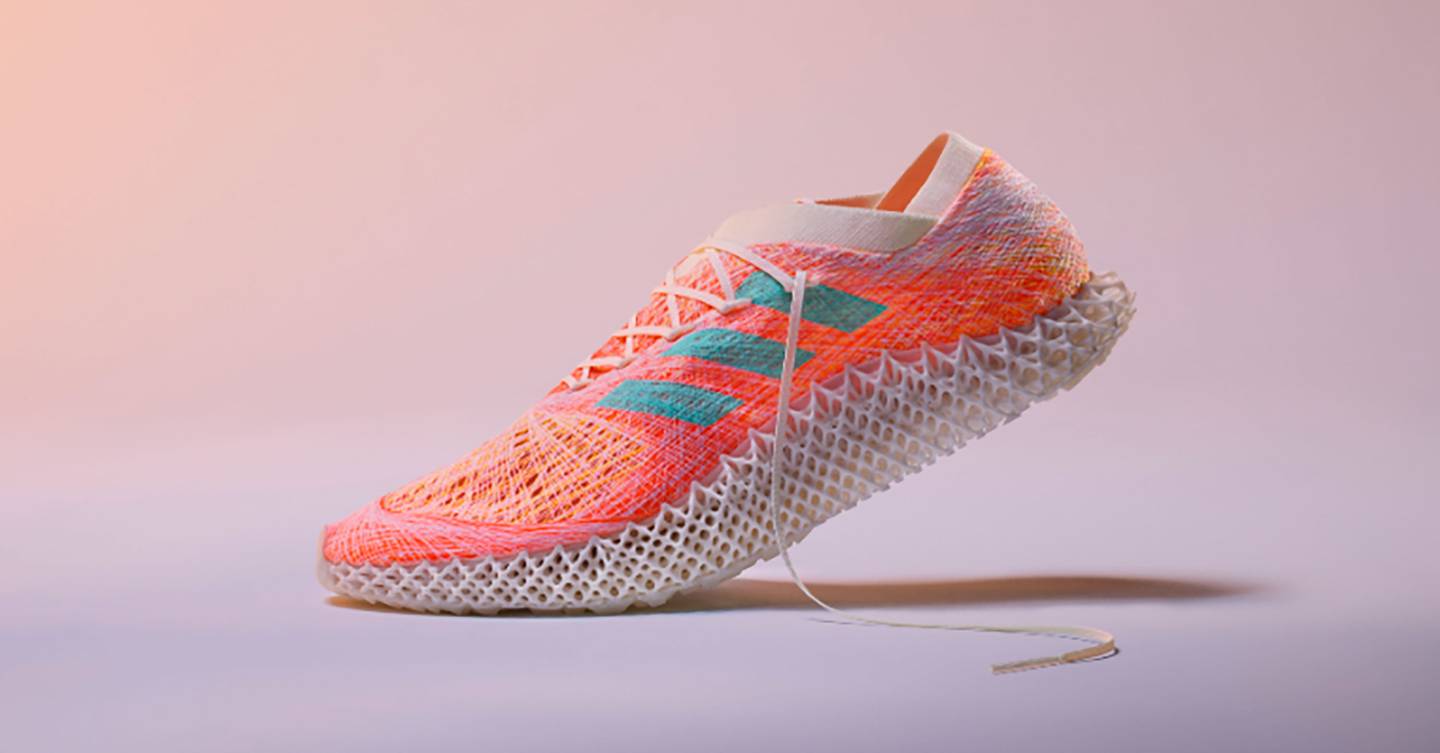 For the last three years the world of running has been obsessed with one technology: carbon-fibre plates. The springy plates that help to push runners forward are now used by almost all running shoe manufacturers in their top-end shoes. But as sports companies have raced to embed the carbon plates in their running shoes, the foot-hugging fabric material that sits on the top of trainers has been neglected.

That is until now. Adidas has revealed that for the last four years its computer and sports scientists have been secretly working on a brand new way to create a shoe’s upper. Called ‘Futurecraft.Strung’, the technology sees a robot quickly place more than a thousand individual threads at mind-bending angles across the material part of the shoe.

To create this stringy canvas, the company built custom robotics, software and conducted high-resolution scans of how runners’ feet move as they travel. For its prototype shoe (above) to demonstrate the tech, Adidas combined the new material process with a 3D-printed sole, and in the process making it one of the brand’s most advanced shoes to date.

While the Strung fabric has initially been created for running shoes – the first versions won’t be available until late 2021 or even 2022 – the company is already looking at how the new process can be used across other products it makes.

“There have basically been two ways to make a textile: there’s weaving, and there’s knitting,” says Fionn Corcoran-Tadd, an innovation designer at Adidas’ Futurecraft lab where Strung was created. The lab most recently made fully recyclable Loop trainers and 3D-printed trainers. Andrea Nieto, also an innovation designer, adds: “We can work and place yarns in any direction, allowing us to create a dynamic textile.”

If the shoe’s upper material looks a little chaotic, that’s because it is. Traditional materials manufacturing usually allows for threads to be placed horizontally or vertically, which means they’re relatively confined by how they can be placed. For instance, Nike’s Flyknit technology is fashioned by knitting small squares. The patterns in the materials are often repeated.

Strung turns this on its head. The upper has multiple layers of individual threads placed across the shoe. Yarns are placed at all different angles – although not at random. The gaps between the threads vary and the threads can all be tuned to have different properties, the team behind the technology says.

“There’s a thread that’s in that heel region that’s only in the heel region,” Corcoran-Tadd explains. “Because it’s by far the stiffest thread that we use in the upper. That was the area we needed to create the most support without much stretch.” Whereas across the middle of the foot, towards the toes, there are fewer threads as there doesn’t need to be as much support for that part of the foot – plus, fewer threads means greater breathability. Look closely and there are visible gaps in the upper.

“Even though you have, maybe, a stretchable yarn running all the way from the front to the back of the shoe, in different sections it fulfils different purposes, or combined with the other threads creates different properties,” Clemens Dyckmans, a senior manager of future technology creation at Adidas says. The company is indeed experimenting with different thread materials and has a variety of threads that have different properties. “Some behave almost like a rubber band and some are more like a steel wire.”

The design is based on data, with humans tweaking and adding extra expertise to the process. Corcoran-Tadd says behavioural data (such as details about how fast people are running and the conditions they’re running in) is combined with data about the foot’s movement to help position where each of the threads should go.

The designers say they’re not handing over total control to the machine, though. The modelling software they’ve created allows the system to imagine several types of different thread structures that can then be tweaked and adapted to best fit the purpose of the trainer. The prototype shoe was designed for people running in cities at high speeds.

The Adidas team says it modifies suggestions that are built around the data, adding human experience, such as how comfortable the shoe is, and will go into the software and “manipulate” individual threads or groupings of threads. They don’t draw out all the threads manually, though.

The data-driven approach can result in suggestions that may not be the natural response for human designers. “A lot of the decisions are human made and very much informed by data,” Corcoran-Tadd says. “Even now, though, you’ll see things that maybe are not intuitive, not something that you would understand by looking at this problem. There’s definitely times where we’re kind of caught out.”

Just as humans can’t plot out the exact best position for threads to be placed, the manufacturing process is one that people can’t complete either. During the earliest prototypes of the Strung technology, Adidas staffers say they spent entire days hand-placing threads to see if their idea could work. This, obviously, wasn’t sustainable.

“The unique opportunity of Strung is that a robot is doing something that a human is not capable of,” Dyckmans says. The robot, which has 10 different spools of thread attached to it, is able to feed these through a central threading system and then automatically create the upper from the digital designs.

Each upper made using Strung technology is made from one piece. There aren’t different flaps or sections that need to be joined together with other processes to build the overall upper. The team behind Strung say the machine is capable of producing a complete upper in a matter of minutes, and the uppers it has made for the prototype shoe it just revealed weigh only 35 grams each.

The best running shoes for any budget in 2020

This methodology means it’s easy to test new designs with different thread positioning. But it also has the benefit of being able to produce shoes at scale. When the first shoes using Strung technology go on sale, Adidas says it will need fewer than 10 robots to manufacture the quantities it is planning on producing.

“It’s more precise than the human, it’s faster than the human and therefore it has its place,” Dyckmans adds. “You can leave the room. You can do 10 at a time, and just run it.”