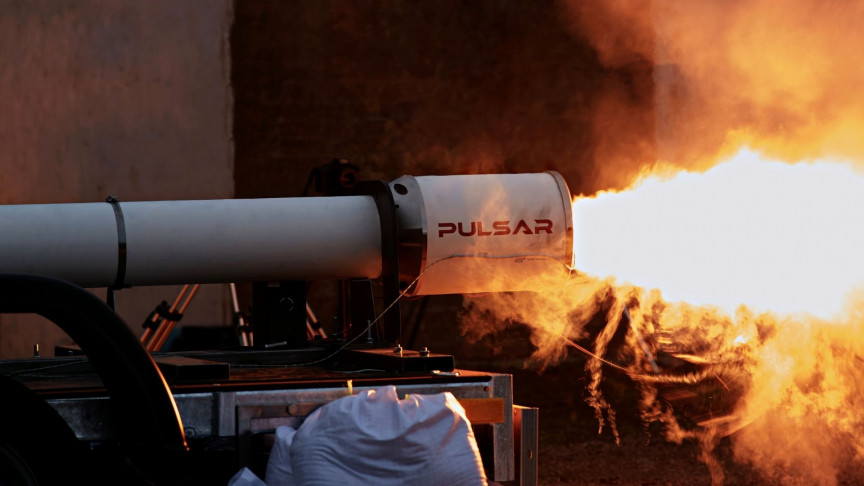 From launching people and payloads into space, this engine could have numerous applications, but the company’s ultimate goal is to develop a hyper-speed propulsion engine using nuclear fusion technologies for interplanetary travel, with the first prototype expected in 2025.

And when this dream comes into fruition, it could cut the journey time to Mars in half.

The company is one of just a few in the world aiming to develop hyper-speed propulsion engines based on nuclear fusion technology. The static test which saw the engine fired into full thrust to measure performance took place on November 17 and 18, 2021 at the Ministry of Defence military base in Salisbury, as seen in the video below, which was released on Sunday.

The hybrid rocket engine produced stunning plume features such as supersonic shock diamonds, which are typical of a high temperature, high mass flow rate rocket exhaust, according to a press release shared with Interesting Engineering.

The ‘green’ hybrid rocket engine used by Pulsar burns nitrous oxide (N2O) oxidizer, high-density polyethylene (HDPE) fuel, and oxygen. The liquid oxidizer is fed under a regulated pressure through a control valve into a combustion chamber containing a technology as proprietary.

Next, the company will conduct an international demonstration for space clients in Switzerland on November 25.

“We are extremely proud of these achievements and look forward to expanding our network with the British and European space community with our hardware demonstration later this month in Switzerland,” said Richard Dinan, chief executive of the company.

However, the main goal will be to develop nuclear fusion propulsion engines for static demonstration by 2025 and produce, launch, and test the engine in orbit by 2027. Then, the humanity will be able to use nuclear fusion power to propel future astronauts to the Red Planet.