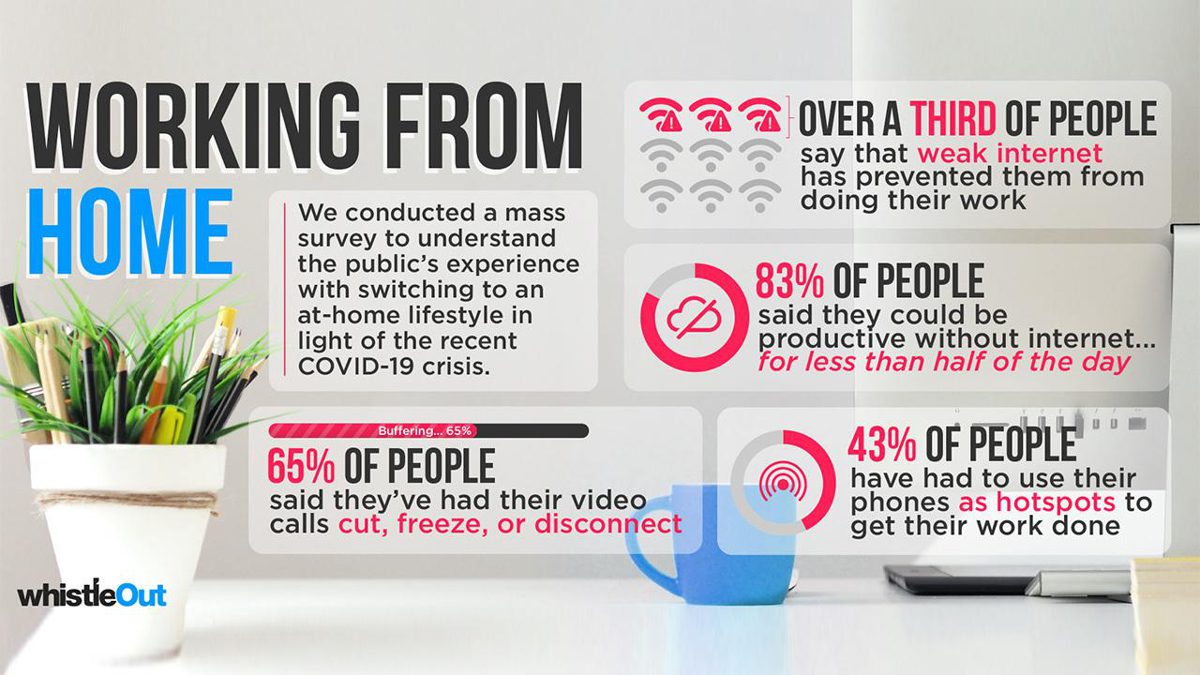 Now that so many of us are working remotely, we’ve become reliant on our home internet connections more than ever. Unfortunately, in many instances, ISPs have been unable to keep up with this increase in demand.

WhistleOut discovered that 65 percent of people have had video calls cut out, freeze, or drop completely because of a weak connection. There is already evidence that broadband internet connections are slowing down and that many people don’t have access to the kind of connections they need.

Also, 43 percent of respondents say they have been forced to use their phone as a hotspot. Given that 83 percent say they couldn’t do more than a half day of work without internet, a hotspot may be necessary for those dealing with less-than-optimal connections.

In case you’re wondering how your connection is holding up, you can measure your internet speed. There are ways to troubleshoot your connection or give Wi-Fi a boost. More complicated solves may require you to buy a new router and optimize it for a better Wi-Fi performance.