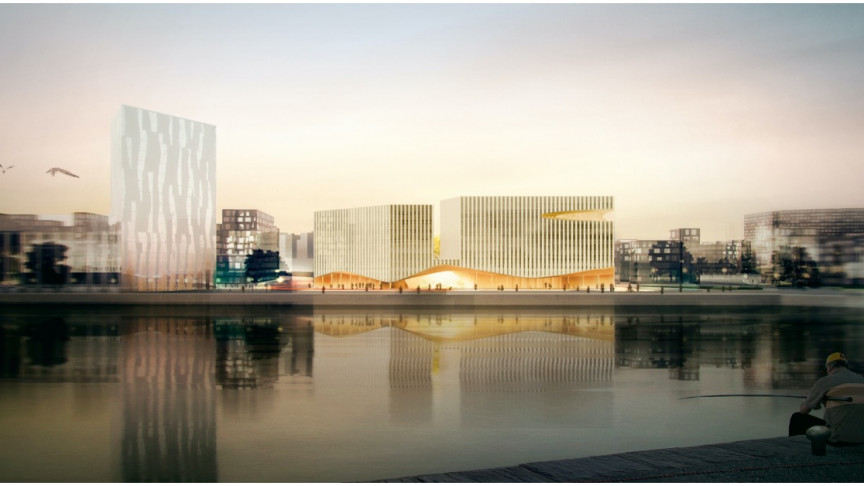 In September 1827, Turku’s over 200-year-old wooden houses were completely destroyed by what is known as the Great Fire of Turku. This major national disaster remains up to this date as the largest urban fire in the history of Finland and the Nordic countries.

The Great Fire of Turku destroyed 75 percent of the city of Turku in less than 24 hours, including Turku’s Gothic Cathedral and the main building of the Imperial Academy of Turku; only 25 percent of the city was spared. 11,000 people were left homeless, 27 died, and there were hundreds of wounded, according to records.

To put it into perspective, Turku had 12,000 inhabitants at the time of the fire. Almost all archives were lost, including practically all material from the Middle Ages.

In his research paper, Catastrophe, Emotions, and Guilt – The Great Fire of Turku 1827, Hannu Salmi, Faculty Member at the Department of Cultural History, University of Turku, compares the Great Fire of Turku with the Fire of London in 1666, “when 70,000 of the 80,000 inhabitants of London became homeless. In both cases, around 90 percent of the citizens lost their homes.”

In the 1800s, at the time of the fire, Turku, the former capital of the country, was the largest city in Finland. It is estimated that the city was founded in 1229. As such, Turku remains the oldest town in Finland. Turku retained for centuries its status as the most important city in Finland, since the city was under the rule of the Kingdom of Sweden.

After the great fire in 1827, the Imperial Academy of Turku along with most governmental institutions were transferred to Helsinki, which since 1812, had become the capital of the Grand Duchy of Finland; before 1812, Turku was the capital. The Academy of Turku, which had been founded by Queen Christina in 1640, became the University of Helsinki.

The Phoenix is a mythological bird from Ancient Greece that cyclically regenerates, or is otherwise born again. The Phoenix is associated with fire and the Sun. A Phoenix obtains its new life by arising from the ashes of its predecessor. Pretty much like Finland.

Learning from the past and using modern technology, Finland’s new Wood City district in Jätkäsaari, Helsinki is a new sustainable urban quarter built for the Helsinki municipal housing developer ATT. Wood City includes two residential buildings, an office building, a hotel, and a parking house. Wood City has been a cooperation between SRV and Stora Enso, and designed by Anttinen Oiva Architects.

According to renewable materials company Stora Enso, the wooden multi-storey buildings of Wood City use a technology based on Laminated Veneer Lumber (LVL) panels. Massive wood is now entering construction, being part of end-uses traditionally dominated by concrete and steel.

“Building without weather protection is a very commonly used method in wood construction and is well-suited for wood, being an organic and natural material. It is crucial to note that moisture handling for materials is meticulously designed for the installation process. All required actions and risk management are planned in detail in advance, including the moisture handling plan approved by Helsinki City Building Control. Furthermore, automatic sensors are installed in the building for measuring moisture throughout the construction process,” says Petri Perttula, Head of Building Solutions at Stora Enso.

Timber is a reusable, renewable, sustainable, and cost-competitive construction material. It has scientifically proven health benefits. Wood has the lowest carbon emissions (CO2) among building materials, and it creates a long-term carbon storage.

“The industrialized processes and innovative concepts of wood construction make wooden buildings a highly competitive and sustainable alternative. We want to raise awareness of how using wood as a construction material is a climate-smart choice and a solution to meet the needs of population growth and urbanization. Since wood is the only fully renewable building material, it is unbeatable also from an environmental perspective,” says Jari Suominen, Head of Wood Products from Stora Enso.

What makes Wood City different is the height of the buildings. Recent regulations allow for multi-storey wooden structures of up to eight storeys. The office block is occupied by Finnish gaming company Supercell.

As discussed at the beginning, fire can be the worst enemy of wood, resuming entire cities to mere ashes. With this in mind, a fire-retardant treatment was used throughout Wood City.

Laminated Veneer Lumber (LVL) offers higher fire resistance than traditional beams due to the structure of the material. LVL is less porous than other wood types since the veneer is arranged in multiple layers.

Wood flame retardant treatment is a technology which can convert combustible wood into flame retardant materials. The main method is by adding chemical substances to wood.

Fire retardant wood is treated with a high-pressure chemical process. Untreated lumber is placed in a chemical bath under high-pressure. This allows the chemicals to soak deeply into the wood. The chemicals react with the high-temperature, releasing non-flammable gas and water vapor, rather than catching flame.

Wood City has joined Oodi, Helsinki’s Central Library made of wood and another quite recent building in the Nordic city.

The old wooden towns in Finland

Finland is Europe’s most heavily-forested country. Forests cover 23 million hectares, or 74.2 percent of the land area. Finland has over sixteen times more forest per capita than any other European country on average.

It comes as no surprise that Finland has been mostly built from wood from the 16th century up to the last century. Today, during a visit to the countryside you can still see picturesque wooden towns that have remained intact for decades, or even for a century. Many of these towns are historical towns.

Entering one of them is pretty much like entering a living time capsule, observing how life supported by the forest was back then; some of it still remains quite similar to this day.

Even in Helsinki, you can easily visit districts such as Vallila, Kumpula, or Käpylä, which are all quite near the city center. These areas were designed in the early 1900s to improve the life of the city’s industrial workers.

Today, the wooden houses built in Nordic Classicism style are highly desired for the bohemian types such as artists, writers, actors, and musicians. Needless to say, all these houses have their own sauna.

In Helsinki, the new Oodi (In English, Ode) Library, a modern building made of wood, steel, and glass, stands as an example of beautiful Scandinavian design and sustainable building.

Completed in 2018, the Oodi library was a gift from the City of Helsinki and the Finnish government to all citizens to celebrate the centenary of Finland’s Independence in 2017. There are nine living trees inside the Oodi Library, which also has two cafés and a very important sauna, of course.

Beside Helsinki, at least thirteen other cities and towns across Finland have a wooden houses neighborhood.

The old town of Porvoo is a true step back into time with its historic wooden houses resting among a mosaic of cobblestone streets and irregularly sized plots, whose arrangement dates back to the Middle Ages.

Porvoo is only 50 kilometers from Helsinki. It is an easy and ideal place to mix some pleasant cafe sitting with an enchanting walk through history.

In Oulu, in the north of Finland, there is an idyllic wooden town sharing the land with an important industrial area. The city is home of the University of Oulu as well as many research centers.

Oulu is where Nokia, Finland’s flagship company has established its 5G Campus and Factory, named 5G Factory of the Future by McKinsey and the World Economic Forum (WEF), and selected as an Advanced 4th Industrial Revolution (4IR) Lighthouse.

In the 17th century, an island called Pikisaari was used as a place to build boats. This unique island also boasts Oulu’s oldest wooden building, which is now a museum. Pikisaari’s residents include an active community of artists and craftsmen.