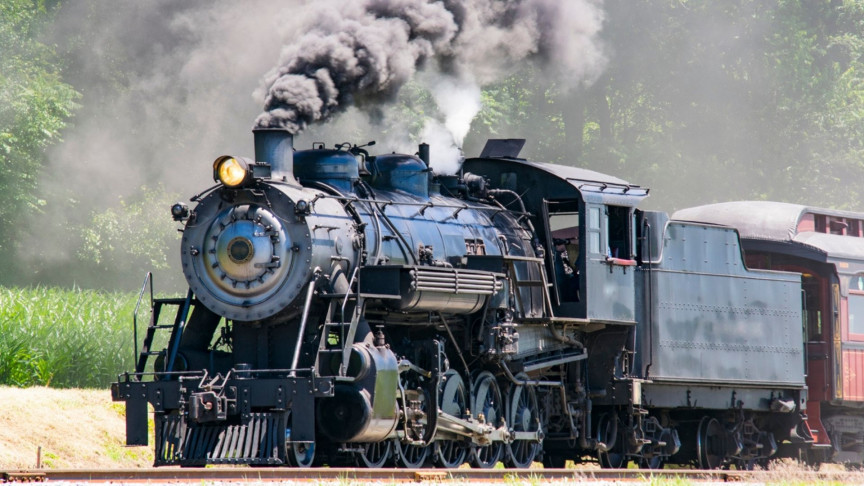 A steam locomotive restoration project started in 1999 by the New Mexico Steam Locomotive & Railroad Historical Society is almost complete after the steam train Santa Fe 2926 moved itself down a stretch of track for the first time in over 65 years, according to a report by CNET.

Rail transport is expected to make a resurgence of sorts due to its relatively low emissions when compared to air transport, and cargo shipping, as governments increase efforts to curb the use of fossil fuels. While that resurgence won’t extend to coal-guzzling steam locomotives, which, despite their immense pulling power, are past their sell by date in terms of transport efficiency, that doesn’t mean they can’t be restored for the sake of historical fascination and posterity.

The Santa Fe 2926 was slowly rusting away in a park in Albuquerque in 1999 when the New Mexico Steam Locomotive & Railroad Historical Society bought it for a measly $1 token payment. The purchase kicked off a more than 20-year passion project that has seen the train gradually restored by volunteers.

A steel beast restored to its former glory

On Saturday, July 24, the train moved itself using steam power for the first time since 1953. “Under strict supervision by the Federal Railroad Administration and piloted by a professional railroad engineer and crew, AT&SF No. 2926 successfully rolled under her own steam power around 3:44 p.m. Saturday July 24, 2021, for the first time since the locomotive was taken out of service in 1953 and placed in a city park in 1956,” the group responsible for the restoration explained in a statement, which includes footage of the train’s movement down the tracks.

Santa Fe 2926, which weighs more than 250 tons, is one of the largest passenger steam trains ever built. Unlike the majority of steam trains which ran on coal, Santa Fe 2926 ran on oil. It was built by Baldwin Locomotive Works in 1944 for the Atchinson, Topeka & Santa Fe Railway and it was used to carry freight and passengers.

The restored train is currently restricted to 91 meters (300 feet) of track in New Mexico, where the restoration project is taking place. However, the New Mexico Steam Locomotive & Railroad Historical Society hopes to eventually let it loose, allowing passengers to relive the experience of riding on one of the steam engine-powered steel beasts that drove us headfirst into the Industrial Revolution.

Though such projects won’t result in the widespread readoption of steam engine technology, they recall the relatively humble, but nevertheless impressive, beginnings of public transportation and remind us how far we’ve come, and how far we still have left to go in our recent quest to attain emission-free mass transit.