A Small Electric Car Made of Recycled Trash 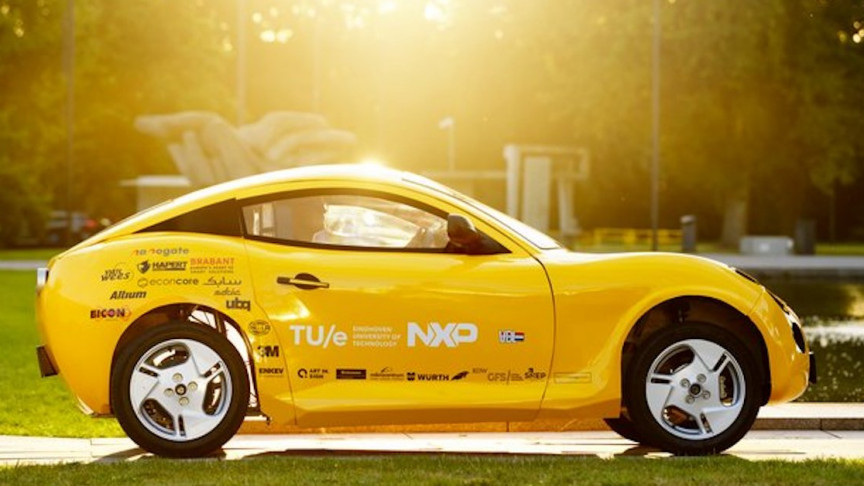 Collectively, we produce 2.1 billion tons of waste per year, or as a group of students from the Eindhoven University of Technology (TU/e) would explain it, we produce the same amount as “the PSV Eindhoven football stadium filled 7380 times to the roof.”

That same group set out to demonstrate that it is possible to reuse this waste in a useful manner. The end result of their work is a sporty-looking electric car called Luca made almost entirely out of recycled waste.

Tackling the world’s waste problem with a ‘waste car’

The ‘waste car’ Luca is made out of a base of flax and recycled plastic, much of which was fished out of the ocean. The body, interior, windows, and finish were also made of recycled materials, including PET bottles, ABS, and household waste.

The car, which was officially unveiled this week by the Dutch physician and ESA astronaut André Kuipers, uses two electric motors in the rear wheels and can reach a top speed of 55 mph (90 km/h).

The car has an action radius of 136 miles (220 kilometers). The designers attribute this impressive range to the car’s weight: Luca weighs only 793 pounds (360 kg) without batteries, making it less than half the weight of comparable vehicles.

The TU/e team says the car only needs 132 pounds of battery weight (60 kg), as compared to the several hundred pounds used on other electric vehicles (EVs).

Contributing towards a circular economy

“With this car, we want to show that waste is a valuable material, even in complex applications like a car,” team member Matthijs van Wijk explained in a press release. The list of recycled items integrated into this car is extensive and is beyond impressive so let’s get right to it.

The car’s body is made of recycled ABS, a hard plastic used in many consumer toys and kitchen products. The yellow finish comes from a yellow-colored film, rather than paint, which can be removed and reused. The black-tinted side and rear windows are also made from recycled materials.

For the interior, the seat cushions are made from a combination of coconut hair and horsehair, while the fabric casing for the cushions is made from recycled PET.

The list, which is far from over, even includes residual materials form Luca’s own production process. Perhaps most impressive of all, the car’s chassis was made from ocean plastic, mainly PET bottles, strengthened using flax fibers.

“PET can be recycled no more than ten times,” the TU/e team explained in their press statement. “So its lifespan can be greatly extended by using it in a car. After all, ten cars last longer than ten plastic bottles.”