A Revolutionary Material Can Make Water Out of Air 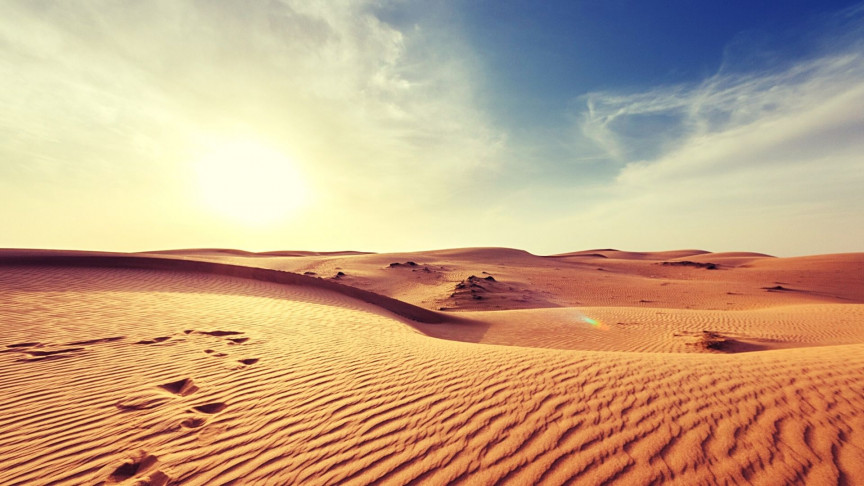 Sadly, even the world’s stock of drinkable water is finite, and as the advent of climate change accelerates, more communities and nations could begin to suffer substantial losses as the conventional global infrastructure seems incapable of picking up the slack — unless we can engineer a new way of procuring water for vulnerable communities.

In fact, there are several promising materials that could help to soften the blow of the growing global water shortage, according to several recent studies attesting to this fact.

The first involved a ground-up slab of hydrogel mixed in with a box of plants — which flourished compared to another, hydrogel-lacking box of plants that didn’t make it. Little grains of hydrogel absorbed moisture from the humid night air, and, when morning came, the hydrogel warmed in the sunlight, releasing the water it had absorbed overnight, creating a humid and healthy situation for the plants.

Haling from UT Austin, in Texas, the hydrogel might play a substantial role in the drive to mitigate the coming water crisis. Four billion people globally are already struggling to pull through at least one month a year without water, according to the (second) 2016 study published in the journal Science Advances — and the expectation of hotter, drier global environments caused by climate change will likely only exacerbate this deeply tragic affair. Among other things, this means we have to look elsewhere than the conventional global infrastructure to find enough water for people living in affected regions. The atmosphere contains enough water to be roughly equivalent to 10% of the freshwater held in worldwide lakes, so maybe that could work.

Scientists already possess technology capable of catching fog or collecting the dew we see condense on foliage overnight — but none of these methods are universally applicable, and are limited to areas where fog forms, or places where wide swings in temperature between day and night cause air to condense. But scientists and engineers are inventing new materials capable of absorbing airborne water — and they’re proving more adaptable to the varying needs of different regions and populations.

The new water-absorbing materials partly led to a $45 million investment from the U.S. Defense Advanced Research Projects Agency (DARPA) in six projects under the Atmospheric Water Extraction umbrella program in Nov. 2020, said program leader Seth Cohen in a c&en report. DARPA wants portable and low-energy devices capable of producing drinking water from the atmosphere within a range of climate conditions to hydrate military personnel — before civilians and humanitarian missions, according to Cohen.

Two water-absorbing materials duke it out amid global water scarcity

In 2017, another material called metal-organic frameworks (MOFs) saw a critical breakthrough. MOFs are porous solids consisting of metal ions connected via organic molecules that can capture moisture in the atmosphere — even when it’s very dry — and then release it as water with moderate solar heating. A Materials Scientist at the University of California, Berkeley, named Omar Yaghi, said serious candidates for water harvesting need to perform well in arid areas. “That’s where people who need it are,” said Yaghi, who was also given a DARPA grant.

However, Fei Zhao and Zhou of the University of Texas at Austin — who were led by Guihua Yu — think another strategy could work. Notably, the Yu group, too, received DARPA funding. But they began using polymers to create hydrogels that might rival MOFs — even though hydrogels lack the water-grasping capabilities of MOFs in dry areas, and have yet to survive tests for long-term stability. A plus though: they can retain more water in humid conditions, and be tuned via pairing with additional materials — like desiccants and MOFs. And this could go beyond quenching global thirst.

Researchers also hope to use the water-absorbing materials for several other situations, including air-conditioning and self-irrigating soil. “It’s almost endless applications,” said Yaghi, in the c&en report. Obviously, everyone needs water. Without it, you die. But for now, the rival DARPA-funded projects will have to duke it out in a scientific race to create the most efficient, resilient, versatile, and scalable way to extract liquid water from the air — as those already lacking water fight to survive the effects of climate change.