A Potential Cure for the Water Crisis – Desalination 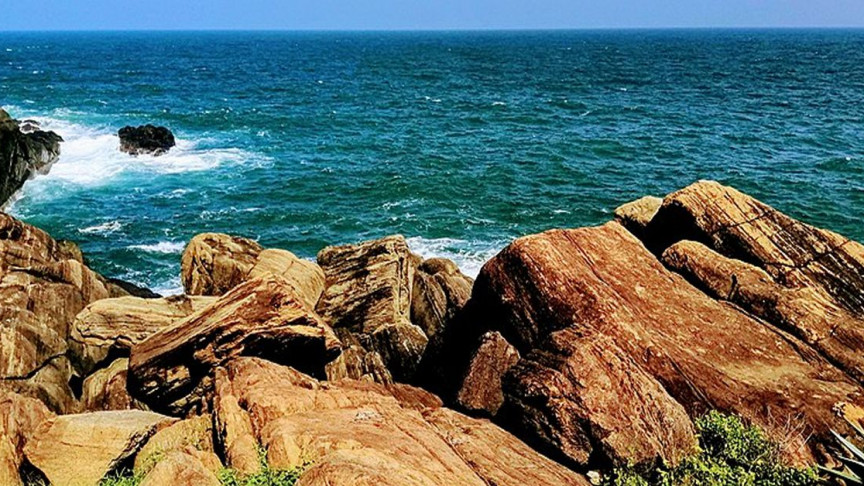 Believe it or not, but there is a growing problem with getting clean, drinkable freshwater in many parts of the world. Through a combination of human activities and climate change, many predict that a serious global water crisis will soon be upon us.

For this reason, researchers are looking for solutions to create freshwater artificially. Called desalination, could turning salty water, like seawater, into fresh water be the solution we’ve been looking for?

What is the fresh water crisis?

Our “Blue Planet” is aptly named. With roughly 70% of its surface covered in water, it would seem inexplicable that water could be considered a scarce resource in many parts of the world that are not even desert areas.

The problem is that most of this water is seawater, which is not exactly potable, as it is literally saturated with salt. Of the Earth’s water, only around 3% of it is fresh and safe to drink.

But, only around 1% of the freshwater available is actually readily accessible for human use. The vast majority of the rest is locked up in glaciers, ice caps, permafrost, or buried deep in the ground.

This means that only around 0.007% of the water on the Earth is actually available for use by our ever-growing global population. Another problem is that this easily accessible freshwater is not evenly distributed around the world.

As drinkable water is essential for life on Earth, this is not ideal for places existing in “water scarcity“. But we also use water to produce food, clothing, build things like computers and cars, and for sanitation, to name but a few things.

It is vital for all aspects of human life.

The National Geographic explains why, “due to geography, climate, engineering, regulation, and competition for resources, some regions seem relatively flush with fresh water, while others face drought and debilitating pollution. In much of the developing world, clean water is either hard to come by or a commodity that requires laborious work or significant currency to obtain.”

Another problem is that the amount of fresh water on the planet has remained relatively constant for billions of years.

In fact, it is possible that you have, at some point in your life, ingested water molecules that were also drunk by the dinosaurs, Julius Caesar, or another historical figure. Quite a remarkable thought.

Rising global temperatures over the last few decades also appear to be increasing the likelihood of extreme weather events, including droughts in susceptible areas of the world. For the affected areas, water-shortages are a very serious problem.

With the population growing every year, and overuse of already dwindling water supplies for things like agriculture or disposable consumer goods, some parts of the world are facing a very real “freshwater crisis”.

But mankind is nothing but ingenious. Can we use our technology to limit the impact of this crisis? Perhaps even “create” freshwater?

Is it safe to drink saltwater from the sea?

The short answer is, of course, no. Drinking saline water, like seawater, can be deadly for human beings (and many other organisms).

Seawater, as we are sure you more than aware, contains a lot of salts. When you drink it, you are taking in both water (which is good) but also these salts.

While you can quite happily consume a small amount of salt, the content in seawater is considerably higher than your body can effectively process.

The cells of your body do depend on sodium chloride (table salt), primarily the sodium content of it, to maintain the body’s chemical balances and reactions. But too much of it can be deadly.

This is because your kidneys, specifically the nephrons, can only make urine that is less saline than seawater. This means that if you were to exclusively drink seawater, it would take more water to dilute the salt and pee it out than the water you received from drinking it.

In other words, you would have a net water loss. For this reason, you would eventually die of dehydration (and become increasingly thirstier over time) if your only source of water was seawater.

For this reason, you should never drink significant amounts of seawater.

What methods are there to desalinate water?

With such a small percentage of the Earth’s total available water as freshwater, you may wonder if there is a way we can tap the enormous reservoir of other water sources on Earth, like the sea. As it turns out we can, albeit with great effort and expense.

At present, there are at least three main methods of desalination:

Thermal desalination, aka distillation, is by far the oldest of the three and has actually been in use for thousands of years. Saltwater is boiled, then the steam is cooled and condensed as fresh water, leaving the salt crystals behind in the heated vessel.

However, this method requires a significant investment in energy to achieve. More modern methods, according to Stanford University, “make use of various techniques such as low-pressure vessels to reduce the boiling temperature of the water and thus reduce the amount of energy required to desalinate.”

This form of desalination is widely used in places like the Middle East, where the readily abundant hydrocarbon resources help drive down the cost of fuel. Thermal desalination tends to consist of three major, large-scale thermal processes.

Another thermal method also exists; solar distillation, This is typically used for very small production rates. It is also commonly used to produce salt for eating, by placing seawater in shallow pools and waiting for the freshwater to evaporate naturally – leaving behind sea salt.

Another way to remove salt from seawater is to use a membrane to separate out the salts. This can be achieved using either electrical current or pressure.

Again,  these methods are mainly used in places with abundant sources of energy, like the United States.

A selectively permeable membrane is one that allows certain molecules to pass through it to the exclusion of others. Synthetic or polymeric membranes have been created for various research and industrial processes.

Both these methods of desalination require varying amounts of energy to achieve, depending on the salt content of the water source. While suitable for use with lower salt concentrations, it is far too energy-intensive for use on seawater.

Reverse osmosis is another form of desalination that uses pressure to drive water through a selectively permeable membrane. This process, like the others, separates the salt out of the solution.

Ostensibly similar to electrically-driven desalination, the amount of energy required for reverse osmosis at a large scale depends on the initial salt content of the water. For seawater, the energy required means it is not economically viable in most situations.

As the most common form of desalination, it might be worth exploring this process in more detail.

As previously mentioned, reverse osmosis is a process of desalination that uses pressure to literally push water molecules through a membrane. Unlike regular filtration (where certain impurities are excluded by size), reverse osmosis involves solvent diffusion across a membrane that only allows water to pass through.

Aside from pressure, one of the main components of the reverse osmosis process is the use of a selectively permeable membrane.

This membrane allows certain particles to go through it, primarily water, leaving behind solutes (like salt) and other contaminants. In reverse osmosis, a thin film composite membrane (TFC or TFM) is employed for just this purpose.

These membranes are manufactured primarily for water purification and desalination systems. They also have certain properties that make them useful for use in certain batteries and fuel cells.

These membranes are generally constructed from two or more layers of materials. Developed by Professor Sidney Loeb and Srinivasa Sourirajan, the semi-permeable anisotropic membranes are usually made out of polyamides.

This material has some very useful properties, including its affinity for water and its relative impermeability to certain dissolved impurities such as salt ions and other small molecules.

In typical reverse osmosis systems, feedwater, under high pressure, flows through a concentric spiral pattern of membranes that alternately separate water and contaminants before collecting the water in a product water tube in the center. For maximum efficiency, several membrane units are connected in series.

Could turning seawater into drinking water help with water shortages?

In short, yes. But it comes at a significant cost.

With the decreasing availability of high-quality freshwater, more and more communities are turning to desalination to produce drinkable water from brackish water and saltwater. Existing solutions are designed to extract the water and leave as much of the salt content behind.

Current technologies have both advantages and disadvantages depending on site-specific limitations and requirements. While some methods are promising, more technological development is needed to make it viable for large-scale production of freshwater.

The main roadblock is the cost of the processes — specifically the energy requirements needed to produce fresh water at high volumes. For this reason, existing solutions are mainly used in regions that lack any other means of importing freshwater, on civilian and military ships, and in certain spacecraft.

However, there are some interesting developments in reducing the cost of the process. A few years ago, for example, researchers at the University of Texas, Austin, developed an innovative alternative to conventional methods.

Another promising solution is called capacitive deionization and battery electrode deionization. However, these solutions are far from being commercially viable at present.

But it is not just an out financial cost. Existing desalination plants are also harmful to the environment.

Most directly tap seawater as their source water, which can kill, or harm, fish, and other small ocean creatures as the water levels around the plant are altered. The process also tends to produce highly saline waste that needs to be disposed of.

That being said, many companies are investing heavily in the technology, with some places, like Israel, already producing enough water to supply half the country.

For water-scarce regions, however, these kinds of plants offer a type of insurance policy for water security. California, for example, is already building a series of plants.

Many experts believe that the only way to make widespread desalination workable is to incorporate renewable energy sources to power them. Only through lowering the relative running costs, will they become economically viable.

With rising global temperatures and the increasing likelihood of droughts in many parts of the world, desalination will likely become more prevalent. If we can overcome the energy costs, and environmental costs, of the process, then desalination can conceivably become an important part of the solution in solving water scarcity.