A Nuclear Surge at Chernobyl Could Lead to Runaway Reaction 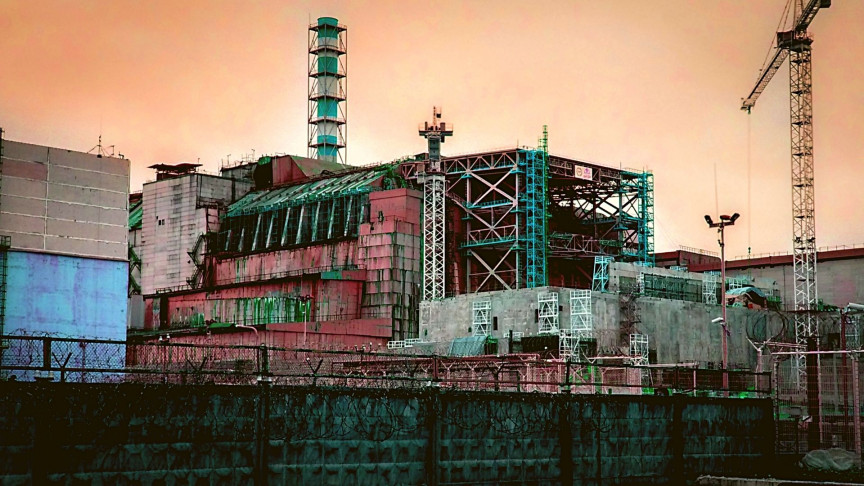 Scientists are monitoring a surge in fission reactions in the ruins of the infamous Chernobyl nuclear power plant in Ukraine — hidden in an inaccessible chamber of the doomed complex, according to an initial report from New Scientist.

As of writing, scientists are evaluating the problem to ensure the reaction will stabilize — but it could lead to a runaway nuclear reaction, which would be deeply concerning. But we don’t yet know which way the reaction will go.

Fissile material surging in an inaccessible room at the Chernobyl facility

In case you missed it, the Chernobyl facility suffered a catastrophic meltdown and explosion in 1986 — which ripped through walls and caused fissile, radioactive material to melt through the reactor walls, mixing with concrete and steel to form a lava-like material of unconscionably radioactive substances that oozed through the floor of the facility, sealing off many rooms and corridors.

One of the chambers, called subreactor room 305/2 is suspected to house massive amounts of the composite radioactive material, but nothing — neither humans nor robots — has safely approached since the world-historic disaster of the former Soviet Union.

The spike in neutron emissions from room 305/2 has increased roughly 40% since early 2016 — which points to a nuclear fission reaction, which is why researchers are attempting to evaluate whether the surge will fizzle out, like other spikes in different areas of the Chernobyl facility have, or if someone needs to take action and enter the room. A specialist in nuclear waste disposal named Neil Hyatt at the U.K.’s University of Sheffield compared this scenario to “embers in a barbecue pit,” and added: “[I]t’s a reminder to us that it’s not a problem solved, it’s a problem stabilized”.

When it comes to nuclear reactions, nothing happens without a cause — and one theory suspects a new structure placed over the ruined reactor in 2016 is drying the plant out. Plutonium or uranium fuel emit neutrons when they undergo radioactive decay — and, if the neutrons are caught by other radioactive nuclei, this can heighten the intensity of a fission reaction. But this process can be slowed down to a crawl with large volumes of water.

An earlier shelter constructed quickly to house the reactor in the immediate wake of the incident at Chernobyl was checkered with holes that let in rainwater and birds into the facility. This rain may have kept nuclear reactions in room 305/2 at a crawl, with the new solid structure preventing enough water from entering the room to delay the process. But there could also be too much water — since a total absence of water would cause the neutrons to move too fast for atomic nuclei to capture them.

In other words, the water levels might be at a critical, dark “sweet spot” level. “We’re talking about very low rates of fission, so it’s not like a fizzing nuclear reactor,” said Hyatt in the New Scientist report. “And our estimation of fissile material in that room means that we can be fairly confident and you’re not going to get such rapid release of nuclear energy that you have an explosion.”

“But we don’t know for sure,” added Hyatt. The researchers have seen events like this with other fuel debris. “The neutron base rate has increased, stabilized and decreased again. That’s obviously what we hope might happen.” This is a clear and present cause for concern, and officials may need to find a way to intervene, should the neutron production rate continue to rise. This might mean drilling into the room and hosing it down with a fluid containing gadolinium nitrate. The substance can “absorb” excess neutrons and act like a choke to the growing nuclear reaction. Robots, too, might move close enough to install temperature and neutron sensors. They might even collect samples of the lava-like material, or place a solid neutron absorber in the area.

However, this doesn’t mean that nuclear power is bad. Unfortunate accidents like Chernobyl and Fukushima paint a harrowing picture of nuclear reactors. But these instances are fleetingly rare, and technology (and guidelines and inspections) have advanced a lot in the days since Chernobyl. They have advanced so much, in fact, that many environmentalists think nuclear power is the best way to save the Earth. And at the end of the day, nuclear has killed far fewer people than fossil fuels (pollution and climate change, anyone?).