A New Wave of Space Companies Is Coming. Can It Help Life on Earth? 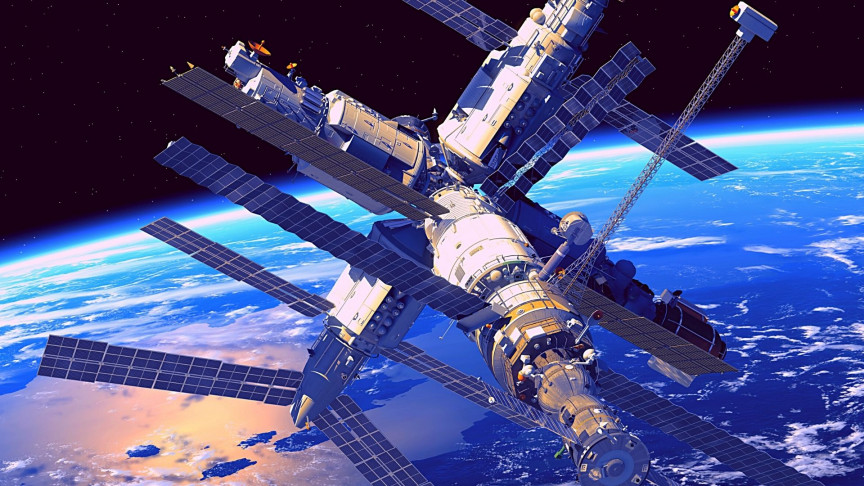 The bottleneck nature of space launches is beginning to change.

In the last several years, the unprecedented growth of public-private partnerships has transformed space travel into an irresistible investment opportunity. “Since July last year we’ve had about a dozen millionaires take selfies in space,” said Tess Hatch, a partner with Bessemer Venture Partners (BvP), during a CES 2022 keynote attended by Interesting Engineering.

But there’s more to the budding space economy than tourism, alone. In fact, despite the outsized attention focused on billionaires and millionaires going to space, the vast majority is already going to support a much wider spectrum.

But how will that serve life down here on Earth?

“Space tourism accounts for about $1 billion out of roughly $350 billion of the space economy,” Hatch added. “Back in 2005, Congress considered the R&D going on on the ISS,” said Mounir Alafrangy, Technology Lead for the International Space Station National Laboratory, who is also the Commercial Innovation Manager & Technology Lead, during the CES 2022 keynote. “But then they asked what would happen if we allowed access to commercial interests in space?”

This was also part of the origin story for public-private partnerships, which saw private firms not only design and build space vehicles and testing equipment for scientific experiments, but operate their own launches and space missions (although typically jointly under NASA and other agencies’ supervision). Now, “[w]e sponsor organizations to improve mankind for commercial reasons here on Earth,” added Alafrangy. Indeed, where Elon Musk’s SpaceX seems to focus on making humans a “multi-planetary species,” an increasing number of aerospace firms are bringing Earth-based incentives to center-stage.

“Rocket Labs motto is we go to space to improve life on Earth,” said Lars Hoffman, senior vice president of Rocket Lab. “Thousands of satellites need a lot of launch providers,” he added. “We’ve gotten into building satellites and providing [a king of] satellite ‘bus’ which provides the power, positioning, communications,” everything required for commercial interests and services on the surface. These also function as orbital platforms to test solar power, new battery technology, and even communications technology. And, the continued modification of launch systems to suit the increasingly unique needs of other commercial and public interests is having an unintended bonus: adapting space launches, flights, and landings to the world’s infrastructure as it already exists. For example, Sierra Space’s Dream Chaser is capable of landing on nearly any major airport in the world.

“We can land on a runway anywhere in the world,” said John Roth, Vice President of Business Development at Sierra Space, during the CES 2022 keynote. “If you can land a Boeing or anything like that, you can land a Dream Chaser space vehicle.” Unlike the Space Shuttle, “it has a very gentle re-entry into the atmosphere,” said Roth. “Having that low-G reentry is really incredible. You’re bringing back very sensitive experiments, or animals that have gone through experiments.” Roth also said that the capability to launch from anywhere in the world fundamentally changes how we think about and execute space travel. This is a good point, since, for decades, the only way to get to space was to become an astronaut or cosmonaut, and fly with NASA or the now-defunct U.S.S.R.’s space agency (not always a safe prospect).

Investors are impressed by the regularity of success from aerospace firms

Roth went on to describe Sierra’s work on developing an inflatable habitat; a goal for space launches to reach in low-Earth orbit. “We can get to a three-story building in space on a single watch,” said Roth. He also spoke about how well Blue Origin’s vision aligns with Sierra’s, especially on Orbital Reef. But things weren’t always so busy. When the space industry first became a viable practice, the only major powers that could reliably lift payloads into space were federal (for example, NASA, the ESA, and Russia’s space agency). “The bottleneck in the space industry was access to launch,” said Hatch.

Confronting this has become the first mark of success for commercial parties interested in providing people on Earth with the scientific and economic advances obtained in space. “Rocket Lab really opened access to space” with its partnerships, said Lars Hoffman, the firm’s senior vice president. Roth also spoke about bringing manufacturing processes themselves into space, which could cut a lot of the crewed “manpower” out of space as an industry. Hatch talked about how investors became interested in the budding companies making up the space industry, some of which rapidly grew by half a million dollars. “I’m really excited for the next wave of space startups in the industry,” added Hatch. She’d better be, because it’s already here.