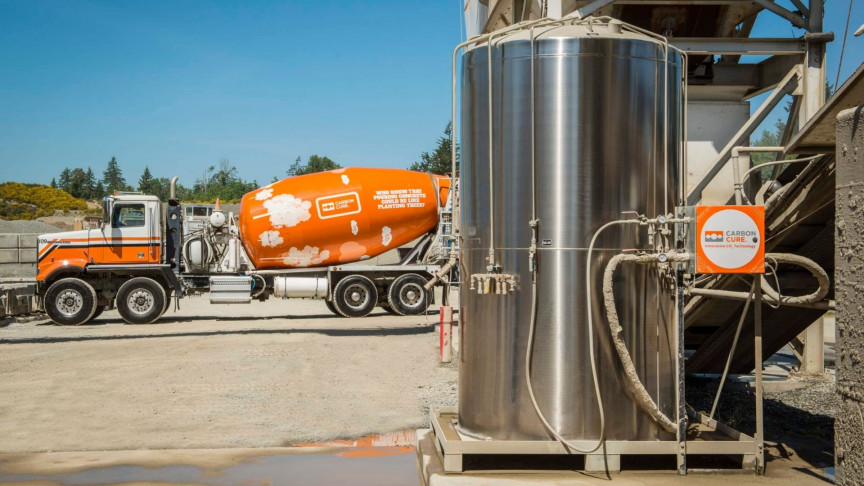 CarbonCure Technologies, a Canadian carbon-tech company, makes a cement-like material from CO2 that reduces the carbon footprint of concrete. The material has attracted a lot of attention since it acquired a large investment from Amazon’s $2-billion Climate Pledge Fund in 2020, and the company is also backed by Bill Gates.

The company had set a goal to achieve net-zero carbon emissions by 2040, a decade earlier than the global commitments for the Paris Climate Agreement.

CarbonCure is, among 86 large and small companies which are promising to reduce their carbon footprint in the latest round of the Climate Pledge, an effort led by Amazon and climate-action advocacy group Global Optimism.

Also, more than 200 companies accounting for $1.8-trillion in revenue have agreed to aim for a tougher carbon-reduction target, by reducing their total emissions by 1.98 billion metric tonnes annually until 2040.

The resulting cement, however, is stronger than conventionally manufactured concrete, so builders can use smaller amounts of it in their mixes. The company says CarbonCure concrete has a 5-percent lower footprint than regular concrete.

About 400 concrete plants around the world use CarbonCure’s concrete technology; the company introduces recycled carbon dioxide into its recipe, even though the recipe still includes cement.

CarbonCure has developed a technology for manufacturing an additive from carbon dioxide extracted from the stacks of such emitters as fertilizer plants and industrial gas manufacturers, the company explains. It provides environmental benefit twice, by diverting the greenhouse gas from the atmosphere and converting it into a mineral, then locking the resulting product away in concrete to use it as a replacement for the Portland cement.

CarbonCure permanently locks captured carbon dioxide in concrete up to millennia the company claims. Upon injection, the CO2 immediately turns into rock. Even if this concrete is broken, the mineralized CO2 does not leak or return to the atmosphere.

The process adds enough strength to reduce the concrete needed for a project by roughly 5 percent, the company says.

The cement industry has always been among the biggest CO2 discharge sources with 1984 lbs (900 kg) CO2 released with each production per one metric ton of cement. CarbonCure is one solution among many for cutting emissions from cement, which account for as much as 8 percent of the global total.

Although there is no current plan, CarbonCure could seek a public listing down the road as the company expands, according to CarbonCure CEO Rob Niven.
“Certainly we’re considering that. I think you have to keep all your options open but that would certainly be a probable outcome for CarbonCure,” he said.

A company that could be able to reduce the emissions of a huge industry like cement manufacturing is great news as some companies might be making things worse than it already is by releasing more carbon than they capture.