A New Laser-Like System Could Put 5G in Your Home 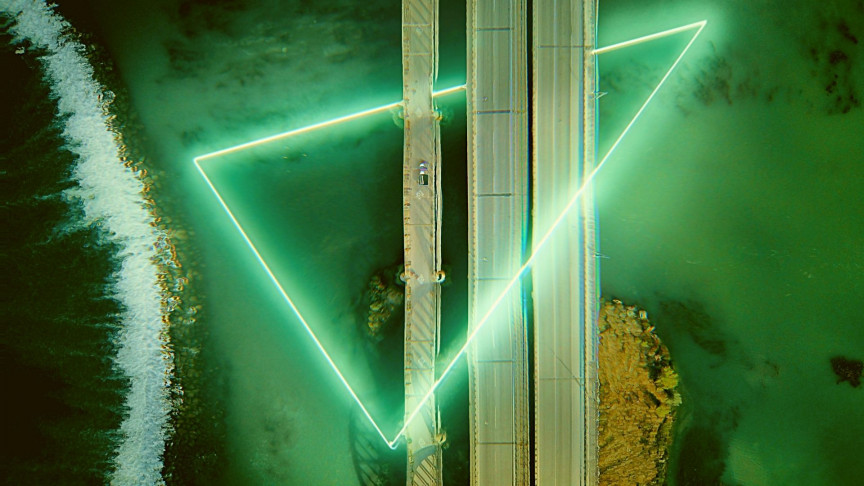 In 2021, 5G smartphone consumers face an annoying dilemma: either enjoy incredible download speeds in a tiny space with coverage gaps, or settle for reliable coverage at speeds that don’t really exceed 4G. But a new technology combines the pros of both options to enable 5G connectivity without sacrificing speed or reliability, according to a presentation given at the ACM SIGCOMM 2021 conference in late August and reported in a UC San Diego blog post.

Finally, we have a third way that offers a throughput connection of up to 800 Mbps, maintaining an impressive 100% signal strength and outstanding reliability.

The new technology, hailing from engineers at the University of California San Diego, offers a solution to a long-standing obstacle to achieving viable high-band 5G service for the average user: the high-velocity signals called millimeter waves can’t travel far, and aren’t blocked by walls, trees, people, and similar materials. Modern-day high-band 5G systems transfer data via a singular, laser-like millimeter-wave beam to and from a base station and receiver (in case your wondering, your phone is a receiver). But if something, say, your friend’s body, steps in the path of the beam, the connection is totally blocked.

“Relying on a single beam creates a single point of failure,” said Professor of Electrical and Computer Engineering Dinesh Bharadia of UC San Diego’s Jacobs School of Engineering, who is the senior author of the new paper, presented at the ACM SIGCOMM. Bharadia and his colleagues conceived of a novel solution that involves splitting the laser-like millimeter-wave beam into several, with each assuming a different trajectory from the base station to the receiver. This raised the possibility of at least one of the beams reaching the receiver, should the other ones encounter an obstacle on their respective paths.

To build this system, the researchers designed a set of novel algorithms, the first of which tells the base station to split up its beam into several. Some of the trajectories are direct, others less so, bouncing the beams off of reflectors (like glass, metal, concrete, or drywall) to make the journey to the receiver. The algorithm then decides which is the best path through trial and error, and optimizes the signal angle, phase, and power to collectively create a strong, high throughput, and high-quality signal. Of course, if more than one beam makes it through, the signal is truly potent.

“You would think that splitting the beam would reduce the throughput or quality of the signal,” said Bharadia, in a press release. “But with the way that we’ve designed our algorithms, it turns out mathematically that our multi-beam system gives you a higher throughput while transmitting the same amount of power overall as a single-beam system.” Another algorithm simultaneously maintains the connection should the user move around, or another user step in the path of the signal. Such mishaps may cause a misalignment in the beams, so the algorithm rises above the issue via keeping track of the user’s motion, and realigning each beam’s parameters accordingly.

Crucially, this can be done with present-day communications technology. “You don’t need any new hardware to do this,” said Ish Jain, one of Bharadia’s doctoral students in electrical and computer engineering who is also the first author of the paper. “Our algorithms are all compliant with current 5G protocols.” All one needs is a small base station equipped with a phased array developed in UC San Diego’s lab. But while this is an exciting development for forthcoming 5G network connectivity, it may be some time before mainstream carriers learn to adapt their high-band networks to execute solutions like this one.