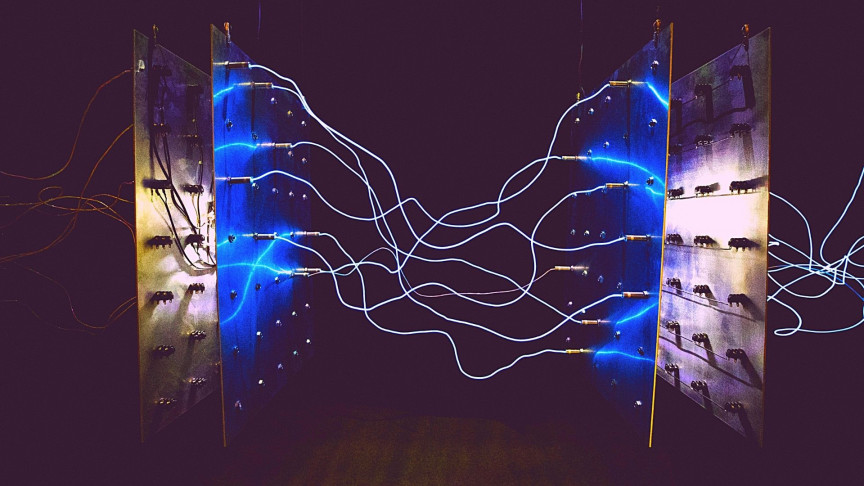 Researchers have conceived of a new idea in the study of systems and entropy — an information demon that follows conventional strategy to stop non-equilibrium processes at stochastic (or chaotic, random) moments, according to a recent paper published in the journal Physical Review Letters.

Crucially, this information demon is distinct from the renowned Maxwell’s demon, conceived centuries ago.

“Our research was driven by curiosity,” said Gonzalo Manzano — one of the researchers behind the study — in a Phys.org report. “We asked ourselves about the implications of processes whose fluctuations fulfill (or break) some strong properties of stochastic processes on the link between thermodynamics and information.”

The researchers behind the study hail from the PICO group at Aalto University, Finland, and the International Center for Theoretical Physics (ICTP) in Italy. The study was executed by Gonzalo Manzano, Edgar Rolden, and their colleagues — and based their new work on exploring the links between information and thermodynamics at the stochastic level (where entropy, or “chaos,” reigns).

The team took their cue from recent research that investigated the properties of a unique family of chaotic processes called martingales — in a thermodynamic frame of study.

“Our paper concerns the following questions: What happens when one gambles with the information acquired about the response of a small system during a nonequilibrium thermodynamic process?” said Roldan, to Phys.org. “This can be formulated as a ‘stopping’ condition in which the gambler quits” — or, for example, quits a game of roulette when its revenues have grown beyond or fallen below a specified amount.

The goal of the study was to evaluate the extent to which the laws of thermodynamics still apply when using protocols inspired by . To make it happen, the team extended development on the martingale theory of thermodynamics — which is a theoretical construct they introduced to the scientific community several years ago.

Specifically, the team introduced the notion of “ demons” — which are an updated version of the more familiar Maxwell’s demon. Maxwell’s demon was a thought experiment the physicist James Clerk Maxwell introduced in 1867. In it, he showed how information about microscopic dynamics of a system may be used to subvert the second law of thermodynamics — which holds that heat will always move from hot to cold until it’s spread equally throughout a closed system.

This ostensible paradox has remained an active subject of research for decades — and was eventually settled in 1961 when scientists argued that the physical nature of the demon-produced information would require the erasure of work, according to Landauer’s principle.

“In Maxwell’s original version, a small intelligent being (i.e., the demon) is able to defy the second law of thermodynamics by observing and manipulating a thermodynamic system at the microscopic level,” said Manzano. “Even if the paradox is only apparent, Maxwell’s demon is still of great interest today, because it allows extracting work at the price of producing entropy in the form of information.”

“In the new version, we push the demon to its limits by taking away some of his powers,” explained Manzano.

New ‘information demon’ idea moving on to the quantum level

The recent study explored the possibility of a demon capable of observing the microscopic dynamics of a system — but without the power to manipulate it at will. Instead, this information demon can only decide when to stop the thermodynamic process at specific times.

“One may think that this less powerful demon cannot defy the second law, as in Maxwell’s original setup, since one may naively expect the demon would not be able to make good use of the information about the microscopic dynamics of the system,” said Manzano, to Phys.org. “However, we have seen that this is not the case, but the demon needs (i) a good strategy to meaningfully decide when to stop, and (ii) the dynamics of the system under consideration need to be non-stationary (or more technically, it needs to break time-reversal symmetry) and therefore, some investment of work is needed.”

Maxwell’s demon results in apparent violations of the second law of thermodynamics because it opens and closes a gate separating two containers at random times. “Maxwell’s demon uses two properties to seemingly violate the limits of the second law,” said Roldan. “First, it acts at stochastic times when a specific event takes place, a hot/cold particle gets close to the gate. Second, it applies feedback control, opening the gate it changes the dynamics of the process.”

But the new information demon allows for apparent violations — since it only uses the first component of Maxwell’s initial demon experiment. This means the demon can extract work from thermodynamic systems beyond its free energy change, implying that information-to-work conversion “can be realized in systems where a precise control of the dynamics is not available.”

This is significant because the new -based approach from Roldan, Manzano, and colleagues might help enhance the efficiency of microscopic heat engines and motors. The next step is to evaluate the results from an even smaller frame — of quantum physics. This could open new doors to research and technology capable of outperforming methods of present-day technology, showing “how to profit from fluctuations using clever information processing strategies,” explained Roldan.