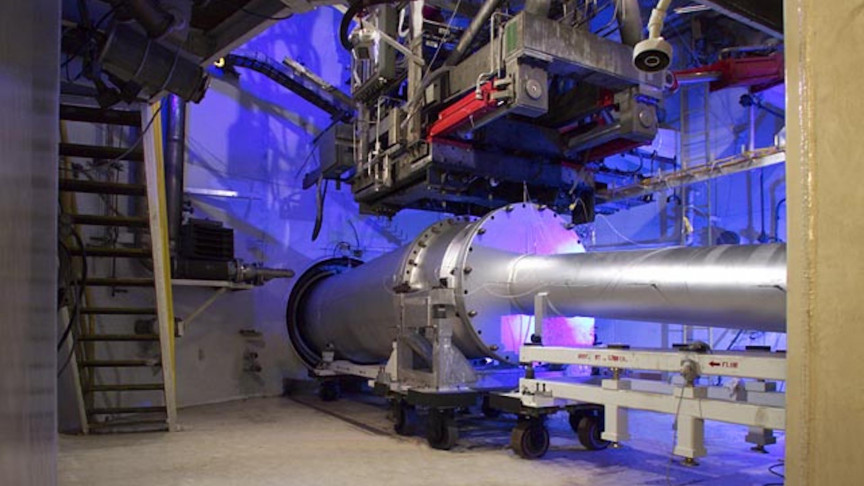 A Chinese physicist revealed that a new wind tunnel in Beijing will “soon” be unveiled that will put China decades ahead of the rest of the world when it comes to testing hypersonic weapons technology, a South China Morning Post article reveals.

In an online lecture last week, Han Guilai, of the Chinese Academy of Sciences, revealed new information about the JF-22 wind tunnel in Beijing, which will be capable of simulating flights at Mach 30 — 30 times the speed of sound and approximately 6.2 miles (10 km) per second. The launch date for the JF-22 wind tunnel is currently classified.

During the lecture, Guilai said that the enhanced capabilities of this new wind tunnel, added to the existing research capacity of China’s existing facilities, would put the country “about 20 to 30 years ahead” of the West. China’s next most powerful wind tunnel is JF-12, which runs at a fifth of the power output of JF-22.

Hypersonic wind tunnels in the U.S. include the Hypersonic Tunnel Facility (HTF) at NASA’s Neil A. Armstrong Test Facility in Sandusky, OH. That tunnel (pictured above), which was originally built to test nuclear thermal rocket nozzles, can test hypersonic flight up to Mach 7.

In his lecture, Guilai gave some insight into the conditions inside the soon-to-be-unveiled JF-22 wind tunnel in Beijing. “This air is no longer the air we breathe in,” he said. “The flying vehicle we study is like swimming in mud.” The physicist explained that the surface of an aircraft inside JF-22 at Mach 30 could reach temperatures of up to 10,000 degrees Celsius (18,032 Fahrenheit), which is hot enough to break air molecules into atoms and even give some of them an electrical charge. According to Guilai, the wind tunnel will have a power output of 15 gigawatts, which is roughly three-quarters the capacity of China’s enormous Three Gorges Dam.

According to the South China Morning Post, China has had a great success rate in hypersonic flight tests in recent years because it uses chemical explosions to generate high-speed air flow instead of the mechanical compressors used in other countries. This allows for experiments within the wind tunnels to run for longer periods.

Hypersonic aircraft such as the one in development by U.S.-based startup Hermeus promise to drastically cut down travel times. Hermeus has stated that it could enable flights between New York and London in as little as 90 minutes. The technology also has great potential for enhancing weapons capabilities. In April, a hypersonic weapon test by the U.S. Air Force ended in failure. By contrast, China sent a hypersonic missile into orbit in October using technologies that mystified U.S. officials.