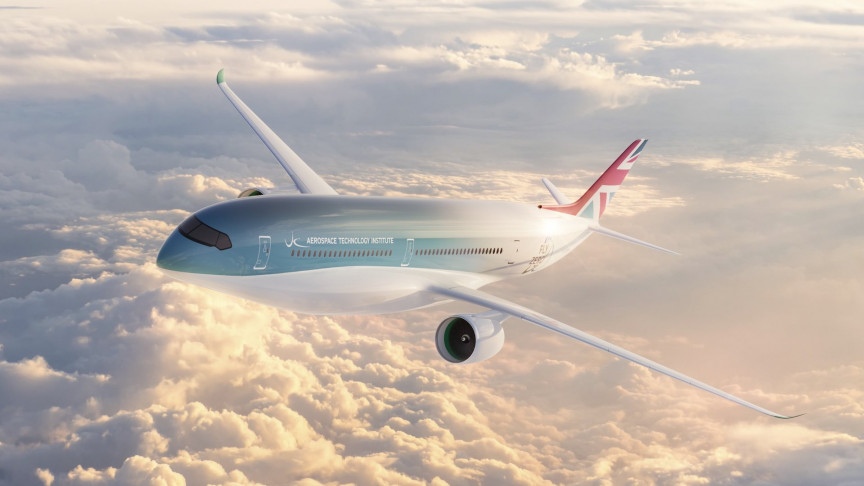 In theory, this 279-seater aircraft will have the same performance capability as a traditional midsize aircraft, but without producing carbon emissions, the ATI says in a press release.

‘The future of aerospace and aviation’

The FlyZero aircraft is one of a range of aircraft being designed by the FlyZero program. The new concept will store hydrogen in cryogenic fuel tanks, keeping them at a temperature of minus 250°Celsius (minus 418°Fahrenheit). Two cryogenic tanks will be placed at the rear of the plane, while two smaller “cheek” tanks will be placed near the front of the plane to keep the aircraft balanced. The mid-size aircraft will have a wingspan of 54 meters, each of which will have a turbofan engine attached.

“These designs could define the future of aerospace and aviation,” said U.K. Business Secretary Kwasi Kwarteng in the ATI’s statement. “By working with industry, we are showing that truly carbon-free flight could be possible, with hydrogen a frontrunner to replace conventional fossil fuels.”

In its statement, the ATI estimates that “highly-efficient hydrogen-powered aircraft” will “have superior operating economics compared to conventional aircraft from the mid-2030s onwards.” The ATI has received £1.95 billion ($2.6 billion) in funding since it was founded in 2013. The FlyZero concept program, which received £15 million of that funding, promises to allow travelers to fly with the same speed and comfort provided by airliners today.

Hydrogen propulsion is being touted as one of the great hopes for reducing aviation emissions, which account for roughly 2 percent of global emissions. Other alternatives include drop-in fuels for existing aircraft, as well as electric propulsion airliners. In the latter case, current battery technologies simply aren’t advanced enough to allow electric aircraft to fly for significant periods of time. NASA’s experimental electric Maxwell X-57 light aircraft, for example, can only fly for 40 minutes at a time, giving it a range of 100 miles on one charge.

In order to make hydrogen airliners feasible, a lot of work will have to go into building the necessary airport refueling infrastructure over the coming years. With companies such as industry giant Airbus having revealed concepts — slated for service by 2035 — for their own hydrogen-fueled aircraft, we are likely to see a great shift in this direction over the coming years. All of this, of course, is part of an industry-wide effort to reduce carbon emissions, following the IPCC’s latest report on climate change.