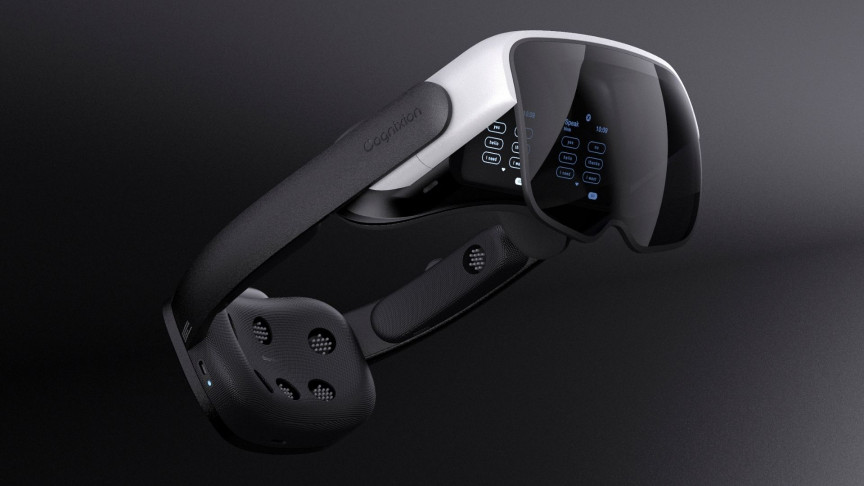 Can you imagine how much the world miss out on if Stephen Hawking didn’t have the computer that helped him communicate? The sad reality, though, is that there are millions of brilliant minds that are unable to communicate their thoughts and ideas who are in need of a similar device. California-based neural interface startup, Cognixion, aims to change that with its universally accessible augmented reality headset.

Augmentative alternate communication (AAC) is currently the go-to method when it comes to resolving communication difficulties faced by individuals that are physically or neurologically challenged. With developments in technology, AAC has moved from dedicated devices to apps that can work on smartphones and even use ‘eye-tracking’ technology. Cognixion wants to go a step further and develop a neural interface that can understand what an individual is thinking and not only unlock speech but also help them control their environment.

The startup has already developed a product called Cognixion One that consists of an augmented reality headset coupled with a non-invasive brain-computer interface. The headset stimulates the visual cortex – the area that receives and analyses visual signals in the brain while the wireless interface reads the neural activity, interprets it, and sends it back to the headset for further action.

In addition to the device, the startup is also building machine learning algorithms and is using artificial intelligence (AI) to develop a language system that can adapt to the unique communication style of each user so that the system is more efficient in recognizing what the user intends to say or do. To do this, the company has secured $12 million in funding from multiple investors said a press release.

One of the features that the startup will work upon is allowing the users of the headset to interface with Amazon’s Alexa without voicing a word. This capability will allow the users the ability to control smart devices and control factors such as lighting and temperature in their environments while also gaining access to music, news, and other information, how most people do in their daily lives.

“In the near future, we see our innovations becoming a fundamental part of the metaverse, as a biological interface plus highly adaptive algorithms that unlock new use cases for XR,” said Andreas Forsland, Founder and CEO of Cognixion in the press release.