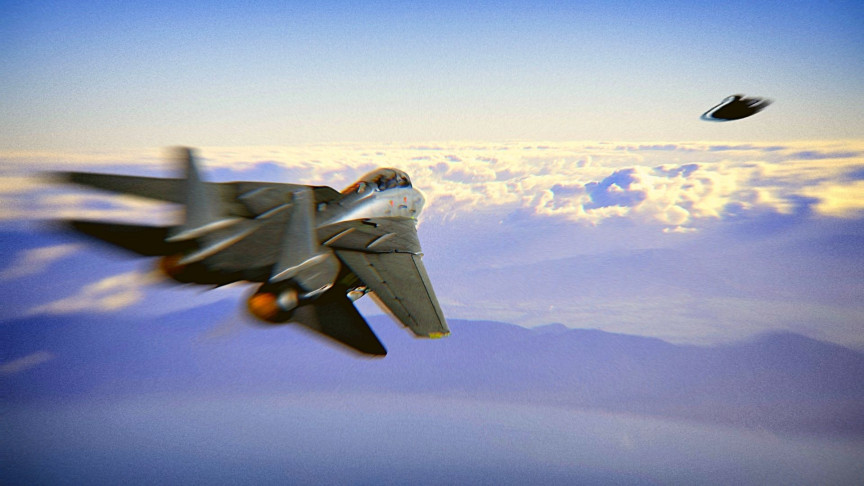 Members of the House Intelligence Committee received a classified briefing with FBI and U.S. Navy officials to discuss what some lawmakers have dubbed a threat to national security, according to an initial CNN report: Unidentified Aerial Phenomena (UAP).

We also call them UFOs, but whatever your preference, this briefing could lead to a congressional hearing the likes of which hasn’t reached Capitol Hill in decades.

While sightings of unidentified objects climbed into the hundreds, the Pentagon racked itself on the question of how much time and material it should commit to finding answers. CNN reviewed interviews with six officials that sketched a bitter struggle to upgrade UFOs “from the world of science fiction and consider its actual national security implications.” The briefing went forward inside a sensitive compartmented information facility (SCIF).

After the briefing, New York Rep. Sean Patrick Maloney said he and his peers “take the issue of unexplained aerial phenomena seriously to the extent that we’re dealing with the safety and security of U.S. military personnel or the national security interests of the United States,” according to a report from The Debrief. “So we want to know what we’re dealing with.” We really can’t overemphasize the fact that, despite decades of infighting and bureaucratic stonewalling and pressure from and within the Pentagon, the United States Government is finally taking the question of UFOs seriously.

“Everyone who’s paid enough attention to it understands they need to take it seriously,” said David Norquist, the former deputy defense secretary who formed a task force in 2020 to evaluate the nature of UAPs, according to the CNN report. “But once you go beyond that circle, you get people who are understandably resistant because of the tinfoil hat stigma.” In the spirit of dodging the stereotype, the officials said the investigation is more about getting to the bottom of unexplained encounters in U.S. airspace, than proving that it was or wasn’t aliens. A much simpler explanation, for example, is that UFOs are actually ultra-advanced technology from Russia or China.

“If [these objects] had the flag of Russia on the side, we wouldn’t be having this conversation,” said Norquist, in the report. “Every one of these would be reported; everyone would be on top of it.” The government report is forthcoming later in June, but it probably won’t close the case on UFOs. Yes, this implies that people who wear tinfoil hats won’t get what they want. One official from the administration thinks several or most of the Pentagon’s recorded encounters are actually a base-mix of different phenomena — perhaps a weather balloon on the horizon combined with very odd weather.

However, some of the sightings might really be advanced technology from another country’s military. In other words: top officials are holding to secrecy not necessarily because they want to spare the world from knowledge of aliens too advanced for our frail mammalian minds to grasp, but because the possibilty of a foreign military power possessing technology that seems to break the laws of physics while performing aerial maneuvers in U.S. airspace would, in fact, represent a substantial threat to national security. While many in this country have their fingers crossed for a big disclosure about alien technology, it seems government and military officials are more concerned with potential threats of the more terrestrial variety.