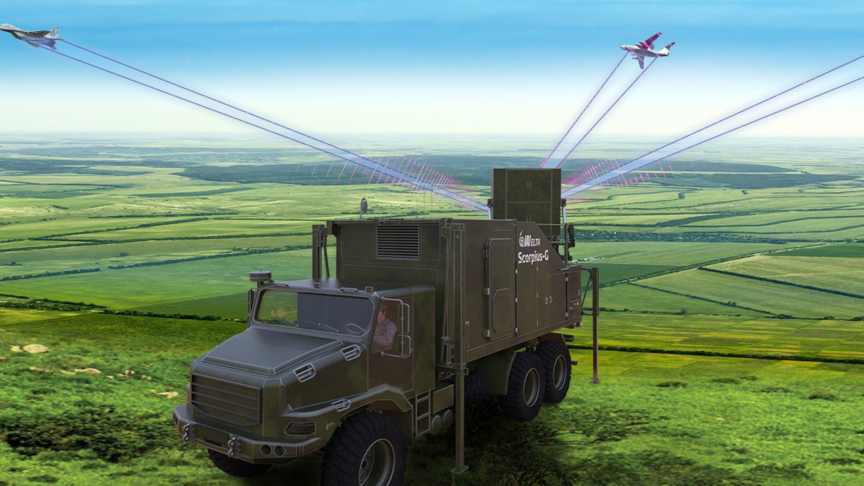 In a world where weapon systems heavily depend on advanced electronics and technology to coordinate attacks, it makes sense to deploy highly reusable and cheap electronic warfare (EW) tactics to counter them. An Israel-based manufacturer of such systems, Israel Aerospace Industries (IAI), has now introduced the ability to target multiple threats simultaneously.

Although electronic warfare is a new age weapon system, designers of the technology still follow the archaic methods of ‘point and shoot,’ severely limiting their targeting capacity. Not only does one need more weapon systems to counter a larger threat, but the response time also ends up being longer when you are targeting your threats in a serial order. IAI’s new offerings have fundamentally changed how electronic warfare systems are perceived and how they ought to work.

IAI uses an Active Electronically Scanned Array (AESA) that can simultaneously scan an area for targets and has the ability to deploy multiple narrowly focused beams to counter the threats. The system called Scorpius works the same way other EW systems work which is disrupting electronic sensors, navigation, radar systems, and data communications but does not need to typically focus on a target to counter it.

IAI claims to have achieved this by developing receiver sensitivity and transmission power that surpasses those seen in other EW systems. The increased ability of its system components also increases the range of detection of the Scorpius that can then counter threats with custom responses, according to the company’s press release.

Scorpius systems are available in different formats, specific to the demands of the frontline. A ground-based version, Scorpius-G is a vehicle-mounted mobile system that can create an electronic dome of protection over a wide geographical area. The sea-based version called Scorpius-N, can counter anti-ship missiles, combat drones as well as airborne imaging radars, the company said.

IAI also offers a self-protection pod for combat aircraft while a stand-off jammer can disrupt adversarial EW systems in the air as well as on the ground. A training version of the system can be used to emulate air-defense systems and is also capable of supporting the training of pilots on fifth-generation fighter aircraft, the press release said.