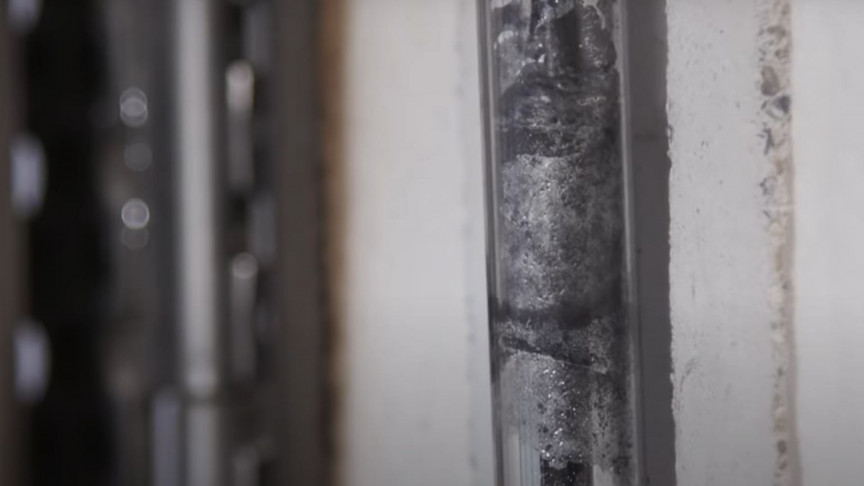 The team claims their method is commercially viable and that it could soon be deployed in aid of global efforts to reduce the ongoing effects of the climate crisis.

The new method is based on an existing experimental carbon capture technique that utilizes liquid metals as a catalyst. “Our new method still harnesses the power of liquid metals but the design has been modified for smoother integration into standard industrial processes,” explains Associate Professor Torben Daeneke, a co-lead researcher of the project. “As well as being simpler to scale up, the new tech is radically more efficient and can break down CO2 to carbon in an instant,” he continues.

The RMIT team’s technique uses liquid metal heated to between 212-248°F (100-120°C). This heated metal is then injected with CO2 to kickstart the required chemical reaction. The CO2 gas bubbles up to the surface of the liquid metal, leaving flakes of solid carbon behind in a reaction that only takes a second. “We hope this could be a significant new tool in the push towards decarbonization, to help industries and governments deliver on their climate commitments and bring us radically closer to net zero,” Daeneke continues.

“It’s the extraordinary speed of the chemical reaction we have achieved that makes our technology commercially viable, where so many alternative approaches have struggled,” Dr. Ken Chiang, a co-lead researcher, adds.

Is the rise of commercial carbon capture a good thing?

The team of researchers has filed a provisional patent application and RMIT has signed a 2.6 million dollar agreement with environmental tech startup ABR, aimed at commercializing the technology. It is one of many carbon capture methods in the process of being commercialized globally.

Another team of researchers from the University of California, Los Angeles, recently announced that it had developed a technique that mimics the seashell forming process to suck carbon out of the oceans. This would have a positive knock-on effect, as the less carbon there is in the ocean, the more it can absorb from the atmosphere. In Scotland, meanwhile, a new carbon capture facility will remove up to 1 million tons of CO2 from the atmosphere per year.

While carbon capture technology does have the potential to help in efforts towards carbon neutrality, scientists do caution that it must not be viewed as a replacement for widespread initiatives aimed at curbing the emissions of the fossil fuel industry. In July last year, for example, the U.S. Center for International Environmental Law wrote that carbon capture could act as a “dangerous distraction” that could delay the transition away from fossil fuel consumption.