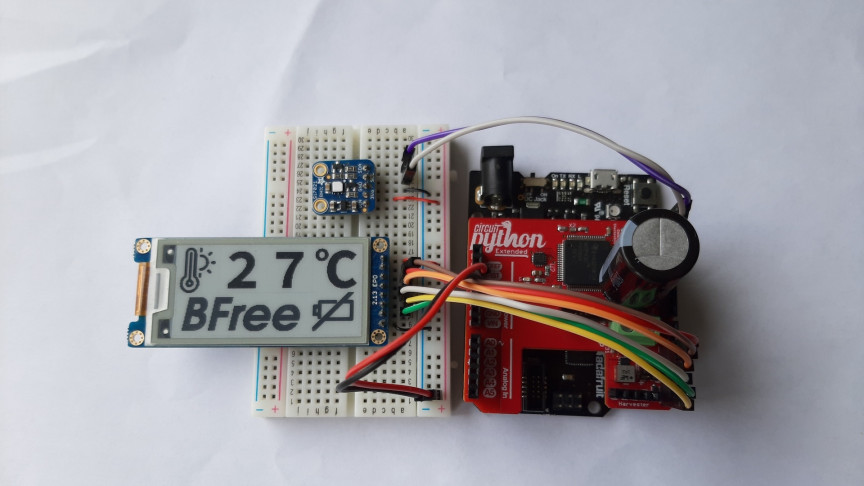 Computer engineers developed a battery-free system that allows electronic devices to run intermittently on harvested energy, such as solar power, giving them “an infinite lifetime,” a press statement reveals.

By seamlessly pausing calculations when power is interrupted and resuming when power returns, the system — called BFree — allows devices to smoothly operate any time power is available, enabling a new movement of sustainable DIY electronics. The system was designed to help tackle the problem of e-waste, 53 million tons of which is produced globally each year.

The researchers, from Northwestern University and Delft University of Technology, developed the BFree, a system that uses a power-failure-resistant version of the widely-used programming language Python. BFree also includes energy-harvesting hardware called the BFree Shield, which is an evolution of the same team’s previous work.

Last year, they unveiled a battery-free Game Boy called ‘ENGAGE’ last year, which is powered solely by the kinetic energy of button presses. The machine was touted as a sustainable form of electronics that could also pave the way for long-lasting electronics for future space missions, as it needs no battery or solar power to operate. The team’s new BFree system is an evolution of the ‘ENGAGE’ technology and it allows anyone to make their own sustainable electronics.

They hope that this will help to reduce the unsustainable number of dead batteries that end up as e-waste on a yearly basis. “Makers all over the internet are asking how to extend their device’s battery life. They are asking the wrong question,” Josiah Hester, who co-led the work with TU Delft’s Przemyslaw Pawelczak, explained in the Northwestern statement. “We want them to forget about the battery and instead think about more sustainable ways to generate energy.”

The system was built in order to “democratize” the team’s sustainable battery-free hardware for the Maker Movement in mind, a technology-oriented extension of the DIY culture. The Maker Movement is growing every year, and it is responsible for countless DIY electronic Internet of Things (IoT) devices, resulting in an increasing e-waste problem. “Many people predict that we’re going to have a trillion devices in this IoT,” Hester explained. “That means a trillion dead batteries or 100 million people replacing a dead battery every few minutes. That presents a terrible ecological cost to the environment. What we’re doing, instead, is truly giving power to the people. We want everyone to be able to effortlessly program devices in a more sustainable way.”

With the new technology, the team says that even novice programmers can turn “their DIY battery-powered motion sensor, for example, into a solar-powered sensor with an infinite lifetime.” The BFree system allows devices to run perpetually using intermittent energy. When power is interrupted, the system pauses calculations. Then, when power returns, it resumes automatically without having lost any memory and without having to run through an extensive list of operations.

The new system could constitute a wide-ranging breakthrough for electronics, allowing for a radical reduction in e-waste from DIY electronics projects, which are increasingly gaining in popularity.