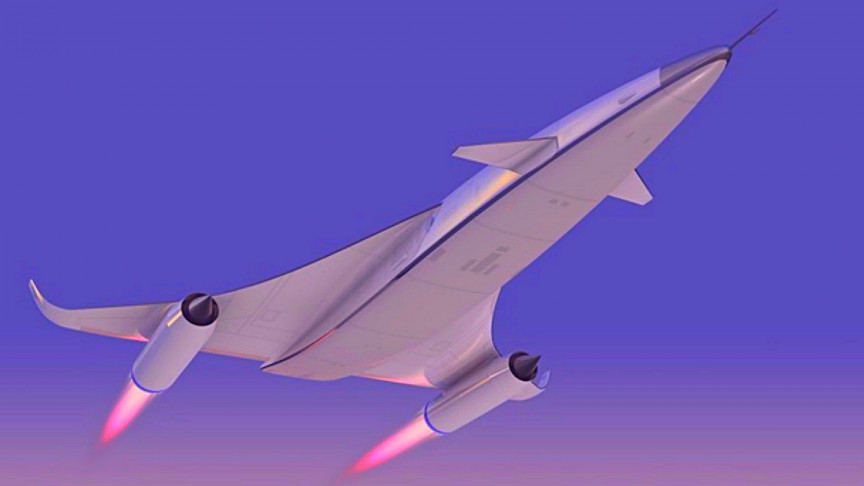 The more alternatives to jet fuel, the better.

This is why a company in the U.K. has announced a new joint venture to build lightweight and compact ammonia reactors capable of helping efforts to decarbonize slow-to-adapt industrial sectors, like off-grid energy generation and shipping, according to an initial report from New Atlas.

But now, ammonia-based reactors are getting a shot at transforming sustainable aviation.

Ammonia-based aircraft could be an alternative to hydrogen

Compared to hydrogen, ammonia is far easier and cheaper to transport and store, even though it can only carry roughly 20% of the energy that hydrogen does by weight. But on the flip side, it can carry roughly 70% more energy than liquid H2 in volume, according to the report. Typically, the problem of weight usually rules out ammonia when it comes to new aviation technologies. It has less than half the specific energy of jet fuel, it appears less appealing than hydrogen. But hydrogen has issues with volume: modern airliners are made for jet fuel, which makes the idea of retro-fitting large-volume and long-range hydrogen tanks can cut space out of the vehicles for passenger seats. It may be a while since you’ve booked a flight, but we can say that economy class is definitely no less cramped than it was pre-pandemic.

This could put ammonia back on the table for the future of commercial aircraft propulsion technology, and the U.K. company, Reaction Engines, is preparing for this potential industrial shift by joining with IP Group and the Science and Technology Facilities Council (STFC), which is funded by the U.K. government. The new partnership aims to employ heat exchanger technology engineered by Reaction for its Synergetic Air-Breathing Rocket Engine (SABRE), designed for space travel and hypersonic capabilities. The SABRE will be combined with the STFC’s experience with ammonia catalysts.

Reaction initially came out with this novel idea a few months ago, according to New Atlas, but the basic design looks like this: First, a heat exchanger captures heat from a jet engine’s exhaust, and then employs it to generate power for a cracking reactor, which catalytically converts pure ammonia into a blend of ammonia and hydrogen capable of operating as simply as other combustible fuels. This would make Reaction’s plan to use ammonia an adequate supplement for jet fuel. In this way, an airline operator could decide on how the volume vs. weight balance would look, and could do away with the need for an entirely new electric powertrain, simplifying the adaptation from fossil fuels to the sustainable alternative.

But sustainable for whom? While the combustion products of this new engine will be nitrogen and water, the burning ammonia and hydrogen creates nitrous oxides (NOx emissions). Carbon emissions are linked to the climate crisis, but NOx emissions can directly harm humans, animals, and even whole ecosystems, leading to smoggy air and acid rain. It’s enough to make you wonder if this was what happened immediately before the events of the film “Blade Runner”. Along with recyclable aluminum-air batteries, ammonia-based aircraft engines could provide a fascinating alternative to hydrogen in the budding industries surrounding cleaner attempts at commercial aviation and space ventures. But the cost and efficiency of these engines fully installed and tested on aircraft will be the final determining factors.