A New 0.4-MM-Thick ‘Paper Battery’ Can Power a Small Fan for 45 Minutes 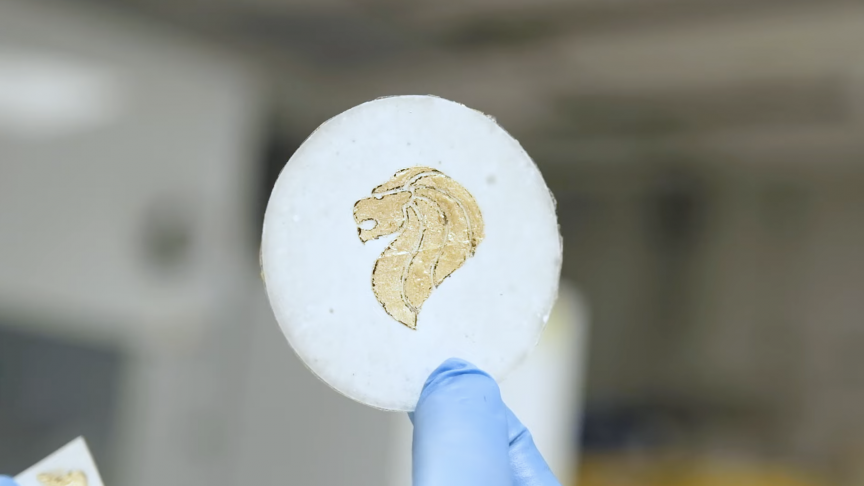 The new zinc batteries are made up of electrodes that are screen-printed onto both sides of a sheet of hydrogel-reinforced cellulose paper. A layer of gold thin foil is coated on the electrodes to increase the conductivity of the battery. The battery is about 0.4mm thick, which is roughly the thickness of two strands of human hair.

Impressively, once the battery has reached the end of its lifespan, it can be buried in soil, where it will break down completely within a month.

The NTU researchers, who outlined their findings in the journal Advanced Science, demonstrated how a 1.5 in x 1.5 in (4 cm x 4 cm) square printed paper battery could power a small electric fan for up to 45 minutes. The researchers emphasized the fact that bending the battery did not interrupt the supply of power to the fan.

The researchers believe their new flexible battery could be used for flexible electronics in the future, such as wearables and foldable smartphones. They could also be utilized for biomedical sensors and health monitors. What’s more, the new battery is eco-friendly. As it is made out of cellulose and hydrogel, which are biodegradable, it could also greatly help with the problem of electronic waste.

“We believe the paper battery we have developed could potentially help with the electronic waste problem, given that our printed paper battery is non-toxic and does not require aluminum or plastic casings to encapsulate the battery components,” said assistant professor Lee Seok Woo from NTU. “Avoiding the packaging layers also enables our battery to store a higher amount of energy, and thus power, within a smaller system.”

Earlier this week, researchers from Stanford made their own announcement about research that could help power flexible electronics. They developed a new flexible, lightweight solar panel material that they believe could power wearables, electric vehicles, and even light spacecraft. That material, which is made out of transition metal dichalcogenides, is also incredibly thin at only six microns in thickness. Both of these developments could vastly change the way we charge and use electronic devices.