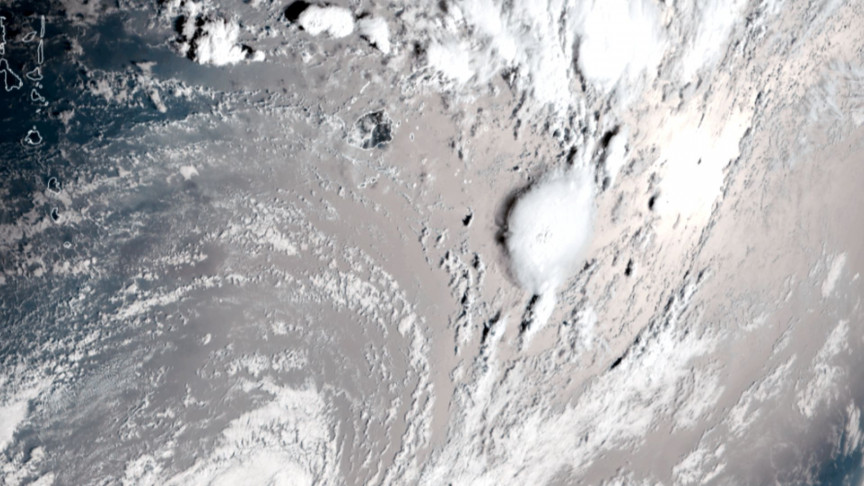 As people across the world took a break from their routines and lazed over the weekend, an underwater volcano in the Pacific Ocean did quite the opposite and went into an active frenzy sending plumes of ash and smoke into the sky. And according to emerging footage, a new landmass is being added to the island created by the volcano’s eruption, Futurism reported.

High-school geography classes taught us that the lava that comes out of volcanoes churns matter from underneath the Earth’s crust and brings it to the surface. Once there, the lava cools, often making basalt rock formations, a process that takes many many years. But the underwater volcanic eruption over the weekend that sent many nations across the world scrambling over tsunami warnings has added nearly 50 percent landmass to a tiny island, it had created seven years ago.

According to a National Geographic report, the volcano called Hunga-Tonga-Hunga-Ha’apai, located just over 18 miles off the coast of Tonga’s Fonuafo’ou island had erupted in 2015 and created a small island. Back then, scientists had thought the island would wither away with the sea waves. However, months later, the newly created island was buzzing with life with seabirds making frequent trips to the new formation, Futurism reported.

Last month, the island experienced a comparatively smaller eruption which did not make global headlines but definitely added new landmass to the existing island. According to experts, the much larger eruptions that we are seeing now are going to create more surface area on the island, which might be visible through satellite images, when the dust settles down.

While we can see the island grow from afar and marvel at the natural engineering with all this man-made technology, we must not forget that harshness of the process as well. Apart from the tsunami waves it has created, there are also lightning discharges that people are experiencing in the region. National Geographic reported that as many as 200,000 discharges were reported in an hour in Tonga which was also accompanied by thundering sounds and volcano’s bellowing sounds as it hurled more lava out.

The country’s communications are currently cut off from the result of the world and details of the extent of the damage caused will only be known in the coming days. We also do not know if the volcano will erupt again or not, so there are many questions unanswered at the moment.