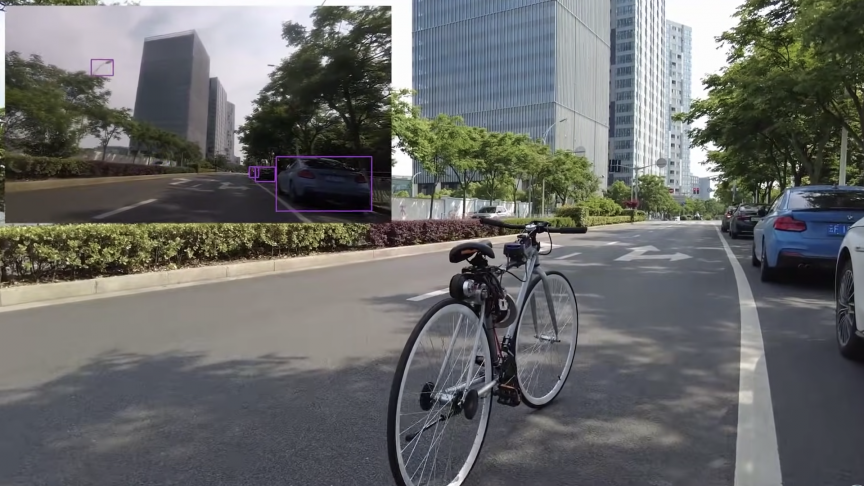 Tired of having to worry about falling off his bicycle, a cunning hardware engineer called Zhi Hui Jun built a bicycle that avoids obstacles and self-balances, a report by Gizmodo explains.

The engineer, who worked on the bicycle project in his spare time over the course of four months, crafted a self-balancing bicycle using an accelerometer and gyroscope sensors that allow the bike’s front wheel to compensate and quickly change direction if it’s going to fall.

The system generates just the right amount of angular momentum in the right direction to stop the bike from falling.

Impressively, the bike’s motion, as seen in Zhi Jui Jun’s video (embedded below) is actually quite smooth, and it doesn’t look like it provides the janky ride we expected on first hearing about the project — the almost imperceptible changes made to the bike’s balance make it feel like it’s being ridden by a ghost.

For the obstacle detection and avoidance system, Zhi Hui Jin designed an automatic control system — that uses a customized perception and control algorithm — that he linked to the sensors and a chip.

As a report by Synced points out, Zhi Hui Jun used 3D printing and machine tool processing to craft some of the required parts for his bicycle.

As well as the accelerometer and gyroscope, the bicycle is equipped with two brushless motors and a steering gear, as well as an RGBD depth camera, and a LiDAR sensor — as used by driverless cars to detect their surroundings.

Zhi Jui Jun graduated from China University of Electronic Science and Technology in 2018, and has since worked at smartphone developer Oppo at the same time as crafting a fanbase on YouTube for his invention videos.

The self-balancing bike is a reminder of the incredibly creative projects that students and young recently graduated engineers can come up with — another recent example is an all-electric monowheel built by a group of Duke University students.

In principle, Zhi Jui Jun’s self-balancing bike should work with someone riding it as well, though no one is shown riding it in Jui Jun’s video — the bicycle steering and keeping balance with the added top-heavy weight of a person would be a sight to behold. Stay posted for updates on any “piloted” tests in the future.