A Guide to Products and Technologies That Are Pseudoscience 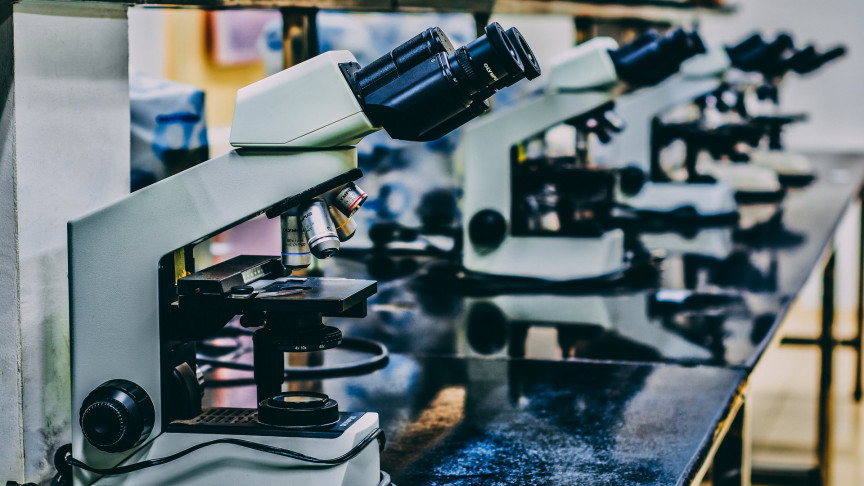 “Miracle” drugs and “revolutionary” products seem to pop up daily in today’s social-media-driven world. Maybe it’s a magic diet that will make you lose 20 pounds in a week or an amino-acid-fortified shampoo that cures baldness in 24 hours. But one way or the other, there’s a good chance you’ve come across a few of them.

Unfortunately, these so-called “miracle” products are generally terrible disappointments. And that shouldn’t be surprising. Most — if not all — of these “magic” products have little to no scientific evidence backing them. At best, they are a waste of your time and money. At worst? They can lead to sickness or even death.

Here’s a guide to everything you need to know about pseudoscience, how to spot fake products, and a list of some of the most popular products and technologies that are all hype and no science.

First things first — what exactly is pseudoscience? The word pseudo means “false,” so pseudoscience simply translates to “false science.” Or better put — it is nonsense dressed up as science. Pseudoscience is almost always either loosely based on real science or what sounds like science.

In his recently published research paper, Sven Hanson, a Swedish philosopher, defines pseudoscience as “a doctrine that is claimed to be scientific in spite of not being so.” He goes on to say that, unlike science, which is open to change and new information, pseudoscience is ideological in nature. It is “characterized by a staunch commitment to doctrines that are irreconcilable with legitimate science.”

Hanson identifies the three major boxes that pseudoscience must check as: 1) It refers to issues that rest within the domain of science. 2) Its results are unreliable (not reproducible). 3) It is based on a body of knowledge that is ideological and generally stands as a doctrine

According to Hanson, pseudotechnology is, “an alleged technology that is irreparably dysfunctional for its intended purpose since it is based on construction principles that cannot be made to work.” To paraphrase, it doesn’t do what it’s supposed to and can never do so. Interestingly, the term pseudotechnology is pretty unpopular. In fact, as of April 2020, the word pseudoscience was searched on Google 700 times more than pseudotechnology, notes Hanson.

And here’s why you don’t hear so much about pseudotechnology — if a piece of tech doesn’t work, you’ll know right there on the spot. Additionally, a technology typically only impacts the end-user (or those near to them). Science, on the other hand, involves all-encompassing concepts that usually impact us all and is more difficult to refute than a technology that does or does not do a specific thing.

How to Identify Products based on pseudoscience

In an ideal world, pseudoscience would be easy to spot. Unfortunately, the many so-called experts who promote these products usually make the task more challenging. For instance, Dr. Mehmet Oz, a doctor and popular TV host, has been repeatedly accused of peddling pseudoscientific information on his show and even had to appear before the US senate in 2014. In one of his episodes, he proclaimed green coffee extract as a “magic” weight-loss compound. In his defense, a handful of research studies did report a mild weight-loss benefit for this compound. But here’s the kicker: these studies are based on “poor methodological quality,” according to a systematic review on the subject published in Gastroenterology Research and Practice.

In short, Dr. Oz’s claims were not based on reliable peer review or what actual science shows.

Elsewhere, Goop, Gwyneth Paltrow’s company, has also been heavily criticized for peddling false health claims. In fact, in 2018, they were forced to pay a $145,000 settlement in a lawsuit they faced for peddling false health claims for financial profit. For instance, Goop claimed that one of their products — the vaginal jade egg — could “regulate menstrual cycles, balance hormones, increase bladder control and prevent urinary prolapse.” Wow. Sounds like a cureall.

Unfortunately, it cannot do any of those things.

So, how do you ensure you don’t fall for con artists parading as scientists? Well, here are a few telltale signs of pseudoscience-based products.

As far as real science is concerned, you don’t need to oversell anything. If it works, your results should do the talking. But marketers of pseudoscientific products understand that people respond well to emotional stimulation and the story of others. So, instead of sharing real data, they emphasize the “numerous” testimonials they have from current users.

If the science behind a product is legit, the manufacturers will go out of their way to share the results. Testimonials will only be secondary. But if you find a so-called science-based product that is marketed largely based on testimonials, then be careful… it’s probably a scam.

Evolving sciences are a major breeding ground for quacks and people who want to get away with whatever explanation they provide. “This isn’t yet fully understood, but it works,” is the catchphrase they use to deceive the innocent public, so you might want to look out for that.

Speaking of evolving sciences, quantum mechanics has been heavily abused in this regard. For instance, one business created a so-called tick-repelling barrier that supposedly utilizes the “power of the bio-energetic field which surrounds all living things” to create a repelling barrier against insects… and it’s all based on “nature’s energetic principles in combination with physics, quantum physics, and advanced computer software technology”. But guess what… quantum physics doesn’t work like that.

Okay here’s the thing — the human body is very complex and even a single disease can have multiple root causes. So, the idea of a single product curing multiple ailments is simply impractical and irrational… no matter how many testimonials they display or how “shiny” the science looks.

Evidence-based products or treatments undergo multiple steps in the scientific process before they’re released for public use. For a new medicine or treatment, such steps may include basic lab research, animal tests, clinical trials, and eventually, peer-reviewed publications. If a so-called miracle product hasn’t been rigorously tested enough to result in a published peer-reviewed paper, you should probably stay away from it.

While it may be easy for a fictional Tony Stark to create some of the world’s greatest technologies all by himself, the truth is far from this in the real world. Even geniuses like Elon Musk and Bill Gates don’t claim to figure out everything all by themselves.

The truth is that science and medicine have been practiced for thousands of years. And even the most novel findings are largely based on building on the existing knowledge provided by many people. So, when you hear that one person figured out some new technique or cure overnight, without it going through some sort of critique or review by other experts, you can almost be certain it’s pseudoscience.