A Digitalized Version of Einstein Answers Your Questions 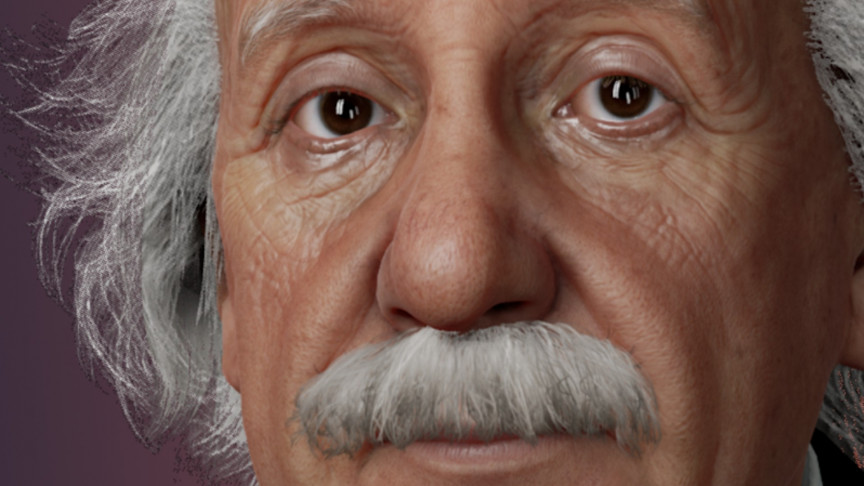 Say hello to Albert Einstein. And guess what? He’ll say hi back. Well, a digitalized version of Einstein will, at least.

This proof of concept uses Uneeq’s character rendering to make Einstein look incredibly realistic, as well as an advanced computational knowledge engine to act as Einstein’s new brain. AI at its best!

The team chose Einstein for its project as he’s so well-known, was a real genius, was interested in technology, and most people would be keen to strike up a conversation with him.

And now they can, of sorts.

Thanks to Uneeq and Alforithmic’s work, you can ask Einstein almost anything. From the basic concepts of physics to personal life questions, the German-born theoretical physicist’s digitalized version will answer your questions.

One of the trickiest parts of the project, the team said, was creating Einstein’s voice in as realistic a way as possible.

In this regard, the team took a little extra leeway. Given Einstein had a relatively thick German accent, and that voice recordings from his speeches were not very clear, the team decided to lighten his accent to make him easier to understand.

The next step was also crucial: Ensuring the digitalized version answered in believable time. After all, the experience should feel like a flowing conversation rather than a stunted computer system.

In the end, Einstein’s synthesized voice has a lighter German accent but still keeps the genius’ friendly, slow, and slightly high-pitched voice and manner of speaking. And to top it all off, he responds in near-real-time — in under three seconds.

So, now you can “speak” with Albert Einstein himself via the team’s Digital Einstein Experience, and ask him your most pressing questions.