A Company Raised $11.5 Million for a New Moon Mission 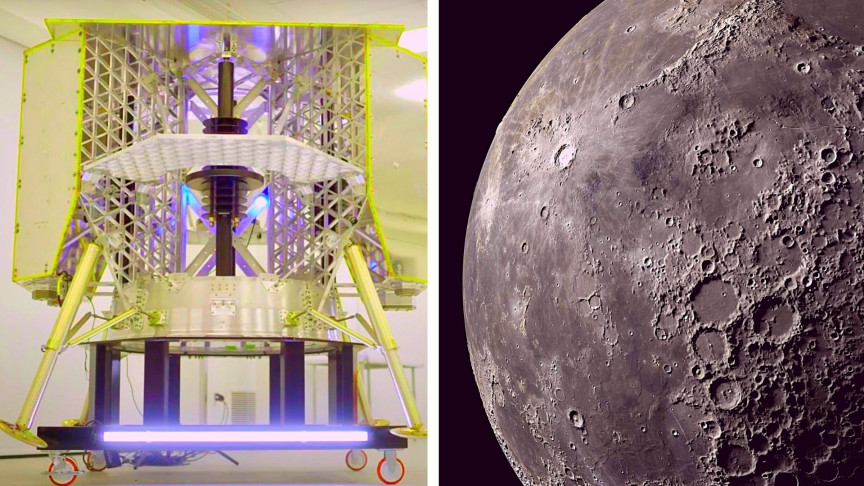 Crucial to the second space race is the ability to create low-cost commercial incentives for projects on the moon, Mars, and beyond.

With this in mind, a manufacturer of 3D printers called AON3D has raised $11.5 million in a funding round, bringing it one step closer to sending a lunar lander to the moon, according to a recent press release.

And, if it succeeds, it could be the first to land 3D-printed machinery on the moon.

The greater funds bring the company closer to offering 3D printing capabilities in a wider market, including Astrobotic, another company that aims to manufacture parts for a lander that has a shot at being the first 3D-printed vehicle to soft-land on the moon since Apollo 17, called the Peregrine Lander. “We believe the 3D printing future is more open-source and financially accessible so all businesses have access to the same hardware as top firms,” said CEO AON3D Kevin Han in the release. “That’s exactly how we modeled AON3D and constructed our AON M2+ printer. We have investors that believe in our vision, and partners like Astrobotic that place the highest trust in our hardware.”

Astrobotic was founded in 2007, and emphasizes research in lunar technologies, including commerce and exploration, with aims to build a workflow to fire payloads to the moon in ways that are more accessible to wider market interests. And the Peregrine Lander is currently under construction to either land on the lunar surface or deliver goods into orbit. Astrobotic decided to rely on 3D printing early in its lander manufacturing process, since the manufacturing technology saves on costs, and typically results in low-weight designs (which means less fuel is required to move it). After perusing several 3D printing companies, Astrobotic partnered with AON3D and its AON M2+ to 3D print roughly 300 parts for the forthcoming lander, with ambitions to minimize its size without giving ground on durability.

Commercial incentives are central in the second space race

Since the components also have to provide operational capabilities in a vacuum, the company has to make sure no “outgassing” happens, which is when the unconscionably cold temperatures of outer space contribute to condensation in or on the vehicle. If this happened, it could lower the effectiveness of tests to detect moisture on the moon, since onboard detectors would be contaminated en-route. To prevent this issue, Astrobotic is 3D printing unique plastic materials. “There is no environment as demanding as the vacuum of space, and we need parts that are able to withstand the immense challenges of launch and spaceflight,” said Clay Inman, a mechanical engineer at Astrobotic, in the release. “Being able to go from full-scale, economical prototypes to space-ready parts — using PEEK, PEKK, and ULTEM on one machine — was huge for achieving our ambitious goals.”

Once it’s completed the Peregrine Lander will be 8.2 ft by 6.2 ft (2.5 m by 1.9 m), and contain modifiable decks, which will allow it to carry payloads of various shapes and sizes. The bottom side of the vehicle is also a disembarking place for rovers, should they be included on a future mission. The Peregrine Lander will also have gain antennas and a flight heritage transponder, which will enable the craft to send and receive data to and from Astrobotic’s Mission Control Center. Central to the second space race is the ability to create commercial incentives for expanding human activities on the moon, Mars, and beyond. But to do this at the lowest possible cost without sacrificing performance and durability, companies like AON3D are seeking new ways to produce the technology that can fulfill this core purpose.