A Company Is Building Spacecraft to Clean Up Space Debris 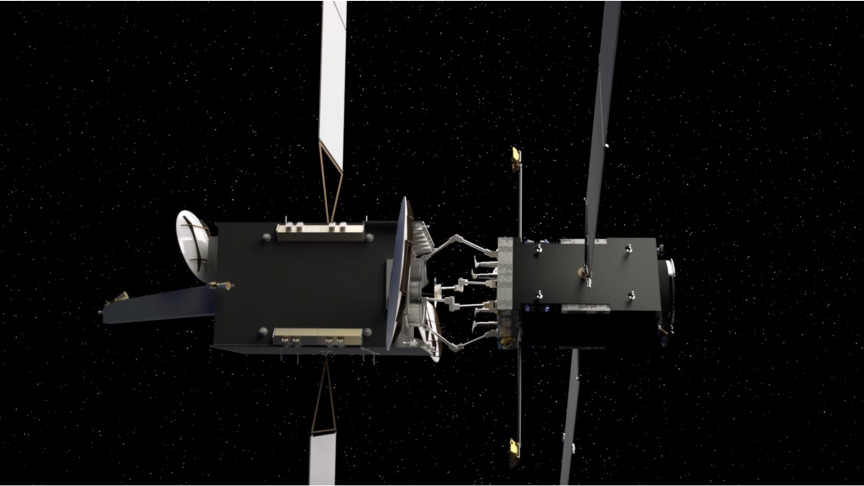 It’s getting crowded in space with plenty of satellites being launched every year. But what do you do with the old inactive satellites? How do you ensure they don’t become dangerous garbage?

Leading this exciting and much-needed new company is Volodymyr Usov, the former head of the Ukrainian space agency, and the company plans to launch a demonstration vehicle as early as 2023.

It is estimated by market research firm NSR that in-orbit servicing, such as orbit relocation, de-orbiting, refueling, components replacement, and repair will be a $3 billion business over the next decade.

Usov told Space News that his firm will be using technology developed by the Soviets in the 1980s. In fact, Kurs Orbital has the rights to the original Kurs rendezvous system.

It’s not relying on that system though, instead Kurs is developing new rendezvous acquisition modules that use machine vision, radar, and robotics which “enables fully automatic docking even with uncooperative objects,” Usov explained to Space News.

This will save the company billions of dollars. Kurs Orbital is currently raising $6.5 million in its first investment round to launch its demonstration vehicle. “I think that we will be on schedule for 2023 with a demonstration mission,” Usov told Space News.

And this is just the beginning! The company is hoping to have four vehicles by 2025 to service space stations are the world. They will be raising money for these missions over the next few years.