A Brief History of Virgin Galactic 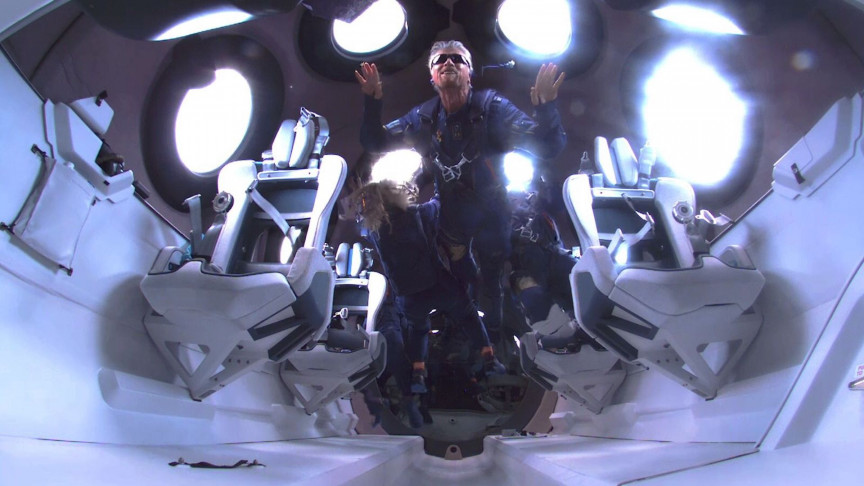 “Space is tough,” Richard Branson said in a 2018 TV appearance with Bloomberg in 2018, “it [literally] is rocket science.”

Three years later, and the Virgin founder and billionaire entrepreneur has made it to space — though not above the Kármán line, as his counterpart Jeff Bezos’ company Blue Origin is quick to point out.

And it has been a tough and meandering journey, starting with the founding of Virgin Galactic by Richard Branson in 2004, two years after Jeff Bezos’ Blue Origin in 2000, and two years before SpaceX in 2002.

“The Moon landing was a catalystic moment for me,” Richard Branson stated in a video released by Virgin Galactic. After the 1969 Moon landing, he was sure that many young people, like himself, would one day have the opportunity to go into space.

However, Branson “waited and waited,” but the pace of space innovation was slower than many had hoped, in part due to catastrophic setbacks in the Space Shuttle program leading to less backing from Congress in the United States.

Finally, Branson set out to launch a space tourism company himself. He founded Virgin Galactic in 2004, with the intention of using a variation of SpaceShipOne, a reusable suborbital space airplane built by a company called Scaled Composites, for private leisure spaceflight.

SpaceShipOne was designed to take off attached to a carrier aircraft called White Knight, after which it detaches and the rocket’s engines ignite to lift the space plane to space.

Fatal accidents and other setbacks delay the space tourism dream

Virgin Galactic’s original plans, as space technology blog Parabolic Arc points out, were to fly 3,000 passengers aboard SpaceShipTwo vehicles during their first five years, with tickets costing $208,000 each.

Things got off to a good start on June 21, 2004, with Scaled Composites pilot Mike Melvill flying the SpaceShipOne on the first private suborbital space flight in history, reaching an altitude of just over 100 km (62.1 miles). Virgin Galactic was officially launched only a few months later on September 27, 2004.

However, several tragic setbacks caused delays to Virgin Galactic’s original plans. The first of these was a test-stand explosion at California’s Mojave Air and Space Port in July 2007, which resulted in the death of three Scaled Composites employees.

As Space.com points out, it was later determined that Alsbury had unlocked the VSS Enterprise’s unique “feathering” re-entry system too early. Richard Branson and the crew of Sunday’s flight flew on the VSS Unity, a newer version of SpaceShipTwo that includes design features to prevent catastrophic feather deployment.

A lot had been made in recent days of the rivalry between Richard Branson and Jeff Bezos, the founder of Amazon and Blue Origin, another company that aims to get tourists to space.

Though Bezos has since congratulated Branson on social media, Blue Origin recently tweeted a scathing commentary on the differences between their own credentials and those of Virgin Galactic. In the tweet, they wrote:

“From the beginning, New Shepard was designed to fly above the Karman line so none of our astronauts have an asterisk next to their name.”

“For 96 percent of the world’s population, space begins [62 miles] 100 km up at the internationally recognized Karman line.”

The same tweet points out that Virgin Galactic’s space planes don’t reach that altitude — Richard Branson’s flight on Sunday, for example, reached an altitude of 55 miles (88 kilometers) before returning to Earth.

While many do accept the Karman line as the boundary between space and Earth, the influence of Earth’s atmosphere extends much farther, and it even interacts with the Moon, over 384,400 kilometers away, in subtle ways.

The US Air Force and NASA however, consider the border of space to be 50 miles (80km) from the Earth’s surface.

Ultimately, all of these boundaries are set by humans and there is no one true indicator of the line between Earth and space. If both companies can inspire change via the Overview Effect, then they will arguably achieve their goals regardless.