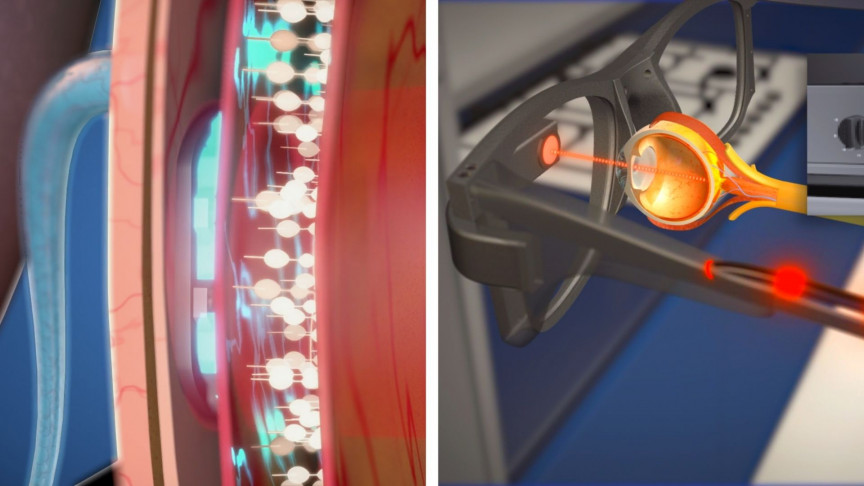 A bioelectronics company just won the HealthTech Award 2020 for its Prima System — a next-gen bionic vision technology designed to enable vision for blind people, according to a recent press release from the company.

The company, Pixium Vision SA, won the award for the “Best Product/Deal” category with its bionic vision system.

New bionic vision system one step away from going to market

The title was awarded during the MedTech Forum 2021, and recognizes the most advanced innovators of next-gen technology for healthcare in Europe — and is organized by the NOBEL Project, with MedTech Forum serving as host.

“We are tremendously proud to receive this HealthTech Award 2020 for the groundbreaking work being carried out with the Prima System,” said CEO Lloyd Diamond of Pixium Vision, in the press release. “The Prima System has demonstrated its potential to make a significant improvement to the quality of life of patients with dry AMD and this award recognizes its capacity to improve vision.”

The Prima System consists of a photovoltaic substitute of photoreceptors that enables the use of central prosthetic and peripheral natural vision at the same time for people with atrophic dry age-related macular degeneration (AMD). While still under development, the technology is undergoing continued study during the pivotal PRIMAvera trial. The study began in late 2020 with aims to affirm the safety and benefits of and from the Prima System.

Crucially, this is the last clinical step before the new bionic vision technology goes to market in Europe.

Bionic vision could fundamentally change the lives of blind people

Patients with dry-eye AMD saw substantial improvement in vision with the Prima System, according to positive data reported by a French feasibility study, said the press release. The latest study also showed that patients could access both the Prima System-generated prosthetic central vision — along with their remaining peripheral vision — at the same time.

Pixium Vision is a cutting-edge firm bringing together rapid advances in micro-electronics, intelligent software algorithms, visual processing, and neurobiology — all to build bionic vision systems capable of interfacing with machine brains and artificial intelligence (AI). The goal is to use technology to compensate for serious loss in vision or retinal degenerative illnesses, thus improving blind people’s mobility, independence, and general quality of life.

As of writing, 285 million people globally are visually impaired, with 39 million suffering total blindness. Of those with visual impairment, 200 million are living with AMD, with an additional 365,000 people diagnosed with AMD every single day. This is why the new Prima Vision technology’s latest study marks a major step toward treating dry AMD. With no known cure for blind patients, victims of strong vision loss often experience depression, lose tens of billions of dollars collectively, and are known to die prematurely. In providing a synthetic alternative to naturally-grown healthy eyes, we’re tremendously close to providing meaningful treatments for one of the oldest human challenges in history: blindness.