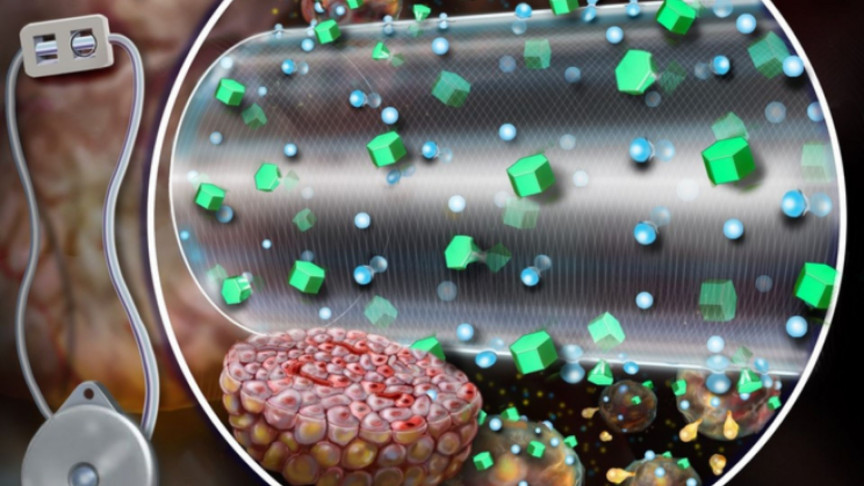 With over 40 million people worldwide suffering the effects of type 1 diabetes, new efficient treatments are constantly in high demand. One technology that has great potential is the microencapsulation device (MED), which houses insulin-secreting cells in a protective compartment protecting them from the body’s autoimmune response.

In initial trials, the ceMED showed a quick response to blood sugar levels only two days after being implanted. In their paper, the researchers detail the device’s several advantages over conventional insulin pumps, including allowing cells to speedily stop secreting insulin as blood glucose levels decline. Unlike typical MED’s the team’s ceMED was designed to provide convective nutrients with a non-stop flow of fluid to the encapsulated cells.

“The ceMED device has the potential to be an autonomous system that would not require constant refilling and replacement of insulin cartridges,” said lead author Kisuk Yang, Ph.D., at National University in South Korea. The prototype has two separate chambers — one that collects nutrients from the device’s surroundings, and one that houses the protected cells. The chamber that collects nutrients, called the cell chamber, is surrounded by an inner membrane that selectively allows nutrients to pass through while protecting against immune molecules that might attack the encapsulated cells.

“Overall, [the] results highlight significant advantages of ceMED over existing diffusion-based devices including improved cell survival, reduced fibrous encapsulation that can compromise functionality over time, and quicker on and off rates for insulin secretion,” corresponding author Jeff Karp explained. “This approach has the potential to enhance the success of β cell replacement therapies to help many T1D patients and their families manage this challenging disease.”

The new technology forms a part of ongoing efforts to make diabetes management easier for its sufferers. Other initiatives include the Open Insulin Foundation’s efforts to make insulin more affordable and accessible by removing it from the stranglehold of a monopolized market.

The US-based team of researchers behind the new bioartificial pancreas says the prototype still needs a lot of work to be ready for mass production. If the device is eventually produced for the clinic, however, it has the potential to greatly improve treatment over current β cell replacement therapies and help sufferers of type 1 diabetes to manage the disease with greater ease.