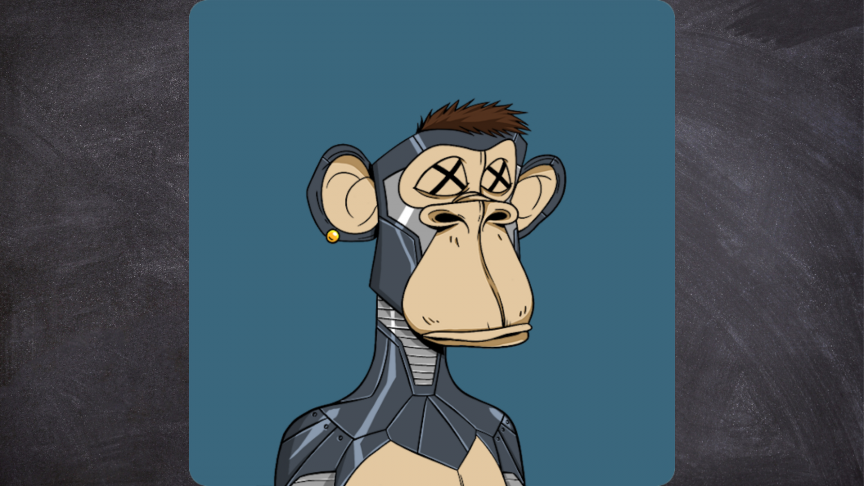 A Bored Ape NFT, one of the most priced collections on the internet, was mistakenly listed for one hundredth its value and snapped up within seconds. The owner, thereby, lost $250,000 of the NFT’s value, The Verge reported.

NFT is the latest craze on the internet which also offers almost a barrier-free entry to artists in a brave new world. Last week, we reported how a 12-year-old was able to convert her inspiration into NFT art that the internet was lapping up for millions of dollars. Some collections have also become status symbols that even have celebrities interested.

The Bored Ape Yacht Club is one such collection that features 10,000 pieces of art, each with a unique trait or attribute, its website says. Buying even one of these gives you access to a privileged club on the internet that puts you in company with celebrities like Jimmy Fallon, Steph Curry, and Post Malone, CNET reported. According to the NFT marketplace, the Open Sea, the floor price of each piece in this collection is 51.9 Ether (roughly $200,000) at the time of writing this.

So, one can only imagine the pain of the owner who sold one of the pieces for just 0.75 ETH. According to the publicly available transaction history on this piece, the seller, Maxnaut, had purchased the NFT six months ago for 1 ETH. As an NFT investor, Maxnaut procures NFT pieces and then resells them when they grow in value.

Clearly, Maxnaut has a pile of NFTs in his collection since the Bored Ape he listed was one of the many items he was prepared to sell. However, instead of listing it at 75 ($300,000) ETH, Maxnaut priced it at 0.75 ETH ($3,000). He did realize his mistake immediately, but before he could hit cancel, someone bought the NFT and even paid about an additional 7.25 ETH ($34,000) to speed up the transaction, CNET reported.

It is likely that the transaction was completed by a bot designed to snoop in on such mistakes and grab them before they go. The buyer of the NFT was clearly in no mood to revert the transaction and he has already sold it further for 59.99 ETH, according to OpenSea’s transactional records, making a swift 52 ETH ($200,000) in a jiffy.

This is not the first time a mistake has been reported on the blockchain. CNET reported that a CyberPunk NFT was sold for $19,000 instead of $19 million last month, while in 2019, cryptocurrency Tether accidentally doubled the supply of its own coins, sending prices of cryptocurrencies downwards.

The technology does not allow for transactions to be reversed unless the opposite party does it out of goodwill, which in this case it did not. Maxnaut is not perturbed, as was evident from his tweet.

Sometimes you fuck up, make a bad buy, out of gas fail, send Eth to the wrong wallet or fat finger a listing 👀

It’s going to happen. But, letting it occupy your mind for even one second after you can no longer affect the outcome is purely hurting yourself twice ❤️