A 12-Year-Old Artist Has Made $1.6 Million With Her NFT Collection 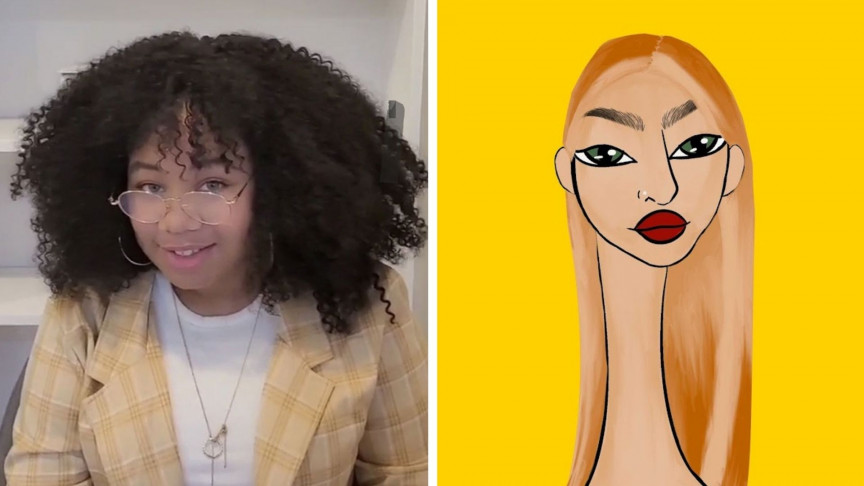 12-year-old, Nyla Hayes, has made millions by selling her art in the form of NFTs, Business Insider reported. The digital artist who is still not old enough to own her Instagram page has 4,683 followers on the social media handle that is handled by her mom and features her art collection.

NFTs are operated using the same blockchain technology as cryptocurrencies and have seen their popularity rise in the last couple of years. The rush of NFTs on the internet has even prompted Twitter to look into ways of verifying them for the benefit of buyers. Even as artists throng the internet to benefit from the boom, 12-year-old Nyla’s LongNeckieLadies collection has been making the waves and has fetched her many Ether (ETH), apart from popularity.

As Nyla details on her website, she has been drawing since she was four years old. As a kid, she loved Dino Dan, a TV show about dinosaurs. The long-necked yet gentle and brave Brontosaurus occupy a special place in her heart and was the inspiration behind the Long Neckie Collection.

At the age of nine, Nyla began sketching portraits of women from different backgrounds with long necks. Giving them the feature of the Brontosaurus was Nyla’s way of recognizing how strong and powerful, women are, Nyla told Business Insider.

Nyla took to NFT because conventional art platforms had many entry barriers. Nyla started drawing on a smartphone and then went to an iPad to gain access to a bigger canvas. She saved the images as JPEGs before uploading them to OpenSea, an NFT Marketplace.

Her first collection consisted of 75 pieces of artwork. The second one released a few months later consisted of 3,333 portraits of women, was sold out in a matter of hours, Business Insider reported. Her artwork has fetched her 1,394 ETH which is approximately worth $5.8 million from her primary and secondary sales. Her work was honored by Time magazine by picking her as the first artist for its own NFT platform called TimePieces.

Nyla wants to travel the world to seek inspiration for her art. As a K-POP fan, she wants to visit South Korea too, CNN reported.