9 Inventions That Were ‘The Next Big Thing’ but Flopped 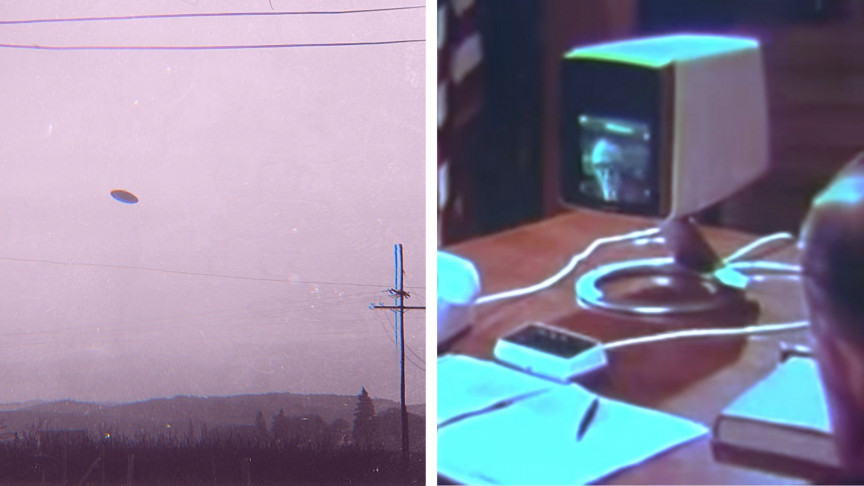 Sometimes a good idea is just too good to be true. Often the flaw is inherent in the design, an error others later fix and include into a more advanced device. Other times, the idea was a pure fabrication — and only served to make money before disappearing forever.

However ingenuity goes wrong, the ideas that flop often become just as important as the ones that don’t. After all, most of the worst choices we make in life inform the very best ones. Like the shadow of engineering, there’s always something brilliant hiding in the margins of technology.

Thomas Edison held 1,093 patents after famously inventing the incandescent light bulb — in addition to the first motion picture cameras. But few are aware that in 1875 he also invented the electric pen. Specifically, the pen used power from a plugged-in battery and made its mark via small holes it continually punched through as your hand went through the motions of writing. Kind of like a tattoo gun without the ink. Or the skin. Obviously, this invention did not survive the 19th century, but before Edison gave it up he sold his patent to Albert Blake Dick — who transformed it into the mimeograph, which was the first standard copying machine for offices. Later joined to an ink depositor, Edison’s ill-fated invention made tattoo guns possible. Imagine that: Thomas Edison’s work made tattoos go more convenient!

2. Ask Jeeves was the Google who couldn’t

Back in the go-go 1990s when “The Simpsons” were edgy (and edgy was cool), the internet was so new that most people had never heard of it. And of those who had, many used search engines, the most endearing of which was perhaps the cartoon butler, Jeeves. A predecessor to Google, Ask Jeeves was the first search engine to understand natural language queries. Sadly, Jeeves didn’t jive into the 2000s when Google stole the show with next-gen technology, user experience, and incontestable advertising model. Here’s to Jeeves. Here’s to a young internet.

If you can remember the film “2001: A Space Odyssey”, then you might also remember how the characters communicated with family and friends from halfway across the solar system: with video phones! Obviously, some of us talk to more people through screens than air. Back in 2017, Facebook logged more than 17 billion video calls, with Skype accruing 300 million active monthly users that same year. But this is nothing compared to how much of our lives, work meetings, and “Zoom Dates” (yes it was a thing, no it wasn’t pleasant in the least) happened on the relatively new and periodically controversial Zoom app. But before all of this, which is to say before everything, AT&T unveiled a “Picturephone”  to the world at their Disneyland exhibit in 1964. The telecommunications company still has a video of the device’s inaugural call on YouTube — which was made in Pittsburgh. Of all places.

4. A robot to help you read

Fewer people read books now more than ever before, but in the 1960s, companies took steps to remedy this. Invented in 1963, the Robot Readamatic was designed to help slow readers quicken their pace by showing one line of text at a time. The device’s arm moved at customized paces to keep the reader focused on the line at hand. It seems like a lot of engineering for something anyone could do with a ruler, stopwatch, and a human hand. But regardless of the reason it failed, it’s most definitely not coming back — because we have countless computer reading programming. Not to mention Alexa and Siri.

Is the boat car a car that floats, or a boat that drives? Trick question; it’s probably just an amphibious Cybertruck simulation in a Twitter thread with Elon Musk, who said the idea of an amphibious Cybertruck “could work” back in June of 2020. But the initial idea of an amphibious vehicle that also drives — or a boat car (or an amphicar, technically) — first surfaced in the mid-20th century. Everybody thought they were the next big thing, like aliens on Mars. It seems like boat-cars aren’t in the cards, unless Musk decides to bring the dream back.

Before you change your next flat tire, consider this: why do you need four wheels when you could get around in one. Imagine how many traffic jams you could avoid. Maybe if you went fast enough you could even waterboard your way across a river. Or a lake. Single-wheel enthusiasts have been with us since 1869, when the first monowheel showed up. It’s not as safe as a four-door sedan, but it’s a lot easier to drive, lacks the noise of most other vehicles, and — as of last summer — could be making a comeback after a century of little-to-no interest. A team of engineering students from Duke University built and tested a design for the world’s fastest electric monowheel during the COVID-19 coronavirus crisis. They aim to break the Guinness World Record for the fastest monowheel, which as of last July was 70 mph (112.65 km/h).

7. Welcome to a future that wasn’t: the Microsoft Tablet

Before the iPad rose to tablet supremacy, Microsoft took its shot at the nascent market with the Microsoft Tablet. This was back when Bill Gates still actively ran the company, and predicted that his tablet would become “the most popular form of PC sold in America within five years.” He was mostly wrong, since the company’s product fell off of store shelves in quick order.

The problem was that Microsoft thought its tablet would replace desktop computers as the central computing option for consumers. Microsoft’s tablet used the same OS as a PC of the time — but it also came with the same costly price tag, at $2000. Then Apple showed Microsoft up with a unique operating system — along with a new minimalist aesthetic to complement and not replace desktop and laptop computers.

8. The Flying Saucer Camera. No, we’re not kidding

Long ago, in the 1950s, reports of UFO sightings were so abundant that the United States Air Force enlisted the help of the general populace to find out what the heck was going on — introducing the Flying Saucer Camera, which integrated a second lens to allow amateur photographers to determine the identity of airborne objects. One lens snapped a conventional photo, while the second one broke up lights into their composite colors, according to We Burbanist.

Lights created with human technology would be instantly recognizable. Whether or not anyone could confirm an object of non-terrestrial origin, it seems the U.S. Air Force may have underestimated the public’s capacity to enjoy the mystery more than underwhelming explanations. But this could be changing, considering the release of never-before-seen clips of unknown objects captured by fighter jets in 2020.

9. A Zika-detecting ‘miniLab’ gets shut down

A few years before the COVID-19 coronavirus crisis, a company called Theranos claimed to have a new machine in development capable of running several automated blood and urine sample tests — and detecting Zika. Founder of Theranos Elizabeth Holmes called the invention “miniLab,” and claimed the goal was to fast-track the new device through FDA approval via an Emergency Use Authorization (EUA) for Zika detecting machines.

While the world waited for Holmes to follow through on what could be a revolutionary technology, she collected $900 million in investor capital. But there was no magic Zika-detecting device. At least, not one that worked. After failing a lie-detector test regarding the veracity of her alleged device, the Securities and Exchange Commission shut Theranos down, and Holmes lost her nearly $1-billion in investments. It turns out that “fake it till you make it” doesn’t always work.

Luckily, no one tried anything of the sort during the coronavirus crisis — except they did: Remember when the former U.S. President advocated the use of hydroxychloroquine? We remember, which is to say that while many failed inventions were good-faith attempts to improve the human condition (and often led to further advances based on previous failure), the desire to invent can go very wrong when the goal lies less in helping the people of Earth than in just helping yourself.