7 Techs That Could Help Solve the Drinking Water Crisis 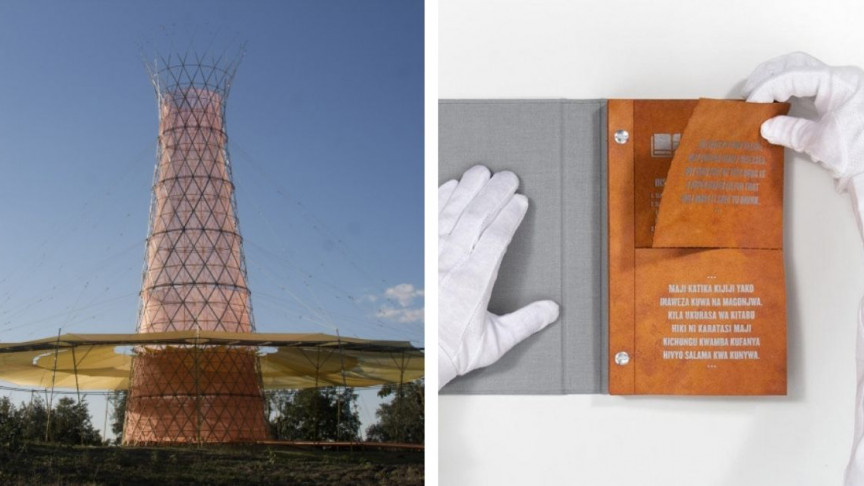 It’s estimated that by 2050, one in four people will lack access to clean drinking water here on Earth. That would be up significantly from an estimated one in ten today.

When put into that perspective, it becomes quite clear how dire the world’s water crisis really is. Clean water is poised to be one of the world’s most important resources in scarcity.

It’s not necessarily that the world doesn’t have enough freshwater. After all, the surface of the Earth is almost three-quarters water, it just happens that most of it is quite salty. The process of turning salty ocean water into fresh drinkable water is called desalination. This process is energy-intensive and quite expensive, meaning that it would in turn make clean water very expensive to produce, making it difficult to use for anything but drinking. This is a problem, since the vast majority of freshwater used by humans is used for agriculture and industry. None the less, having clean water to drink is still a huge problem for many people, who are at risk of serious diseases.

In fact, the clean water crisis that the world is facing isn’t necessarily one of supply, but rather of distribution. In other words, it’s the access that’s problematic rather than scarcity. On this note, it becomes evident that the most impactful products and technologies to fight back against the lack of clean drinking water will either help its conservation or make it cheaper.

Let’s take a look at some technologies that might eventually change the world’s water for the better.

As mentioned above, the world has plenty of seawater covering its surface – more than enough – if we could develop a cost-effective means to filter out the salt to make the water useable.

One interesting technology that differs from traditional desalination originates from a group of scientists at Shinshu University in Japan. The team has developed a graphene-coating for filtration membranes that can function at high flow rates, making the desalination process of seawater more efficient.

The desalination process hinges on the process of reverse osmosis, which uses filters. These filters are traditionally slow-flowing in a relative sense, which limits the output of the water. The graphene-coating developed by the team improves the flow rate through the reverse osmosis filters by 1.5-2X, making the process faster and more efficient. This has a direct correlation to decreasing the desalination costs, and potentially making the process more easily scalable.

You can read more about this research in their paper published in Nature, here.

The Warka Water tower may look like an alien spaceship, but it’s actually a massive structure that can capture clean drinking water out of thin air. The Tower stands at 30-feet tall (9.1 meters) and is covered in nylon netting. The netting is of a particular size so that dew forms on it, that then drips down to the bottom of the tower and is collected. All said and told, it can capture 26 gallons of drinking water per day, enough for a small village.

RELATED: MICHIGAN PAYING 600 MILLION TO THE SURVIVORS OF THE FLINT WATER CRISIS

This tower essentially works by providing a large surface area for humidity in the air to condense on. However, it has far-reaching benefits. It can be made with many kinds of local materials, the tower is fully biodegradable, and it can be set up in about a week without needing any mechanical tools. It also only costs about $1,000 per tower.

To learn more about the tower, you can visit the non-profit Warka Water’s site here.

One of the major problems in the global water crisis isn’t just the absence of freshwater, it’s also the loss of clean freshwater due to contamination.

While simple filters can filter out many particulates in water, one of the major problems that plague people around the world is the bacteria and diseases that lurk in untreated water. While boiling can work to kill most harmful bacteria, in many urban areas, chlorine disinfectants are used to keep water clean for drinking. Chlorine is a highly efficient disinfectant and kills disease-causing pathogens, such as bacteria, viruses, and protozoans, that commonly grow in water supply reservoirs, on the walls of water mains, and in storage tanks.

One technology looking to further leverage this purification chemistry is the SE200 Community Chlorine Maker. The SE200 allows people to purify water using salt and a 12-volt battery. The relatively tiny device uses the process of electrolysis. By mixing in the salt and applying an electrical current to the water, chlorine is produced through a chemical reaction, which kills off the harmful bacteria in the water.

Solving the potable water crisis isn’t just a problem of technology, it’s also a problem of access, including a lack of access to materials that can filter local water supplies with ease. One technology that is looking to expand access to filtration capabilities is a book developed by researchers at Carnegie Mellon University.

Called The Drinkable Book, each page of the book can be used to filter out up to 99% of bacteria from water. Think of the book as being filled with a kind of coffee filter paper. Each book has enough sheets to provide the user with clean drinking water for up to four years.

Keeping in the same trend of desalination, the process of solar desalination may be one of the most promising ways to scale the technology for harder to reach regions.

Called the Desolenator, this device works to remove 99.9% of water contaminates and produces about 15 liters of fresh water per day. While that’s not nearly enough for agricultural use, it can supply a family with drinking water. The device works completely off of solar energy, can last up to 20 years, and comes in at a cost of about $774 per unit.

The device uses the sun in two novel ways. Rather than simply using solar power to drive the traditional desalination process, it leverages solar heat and electricity together for purification. The device heats the water to distill it, but in a very energy-efficient manner. There are batteries on-site to store excess solar energy if there isn’t enough water supply and there are even hot water tanks to store excess thermal energy when it isn’t needed.

All of this tech comes together to create a decentralized desalination tool for use in any environment that can use solar collectors.

Another way to help people in areas plagued with water shortages is by reusing grey water – water that is used in bathing and sanitation. A Swedish company called Orbital Systems has developed the Orbital Shower, which collects used shower water after use and repurifies it. That purified water is then recycled through the showerhead again, creating a near-perfect system without loss of water. The process saves 90% of water usage when showering, which can have a dramatic impact for areas that are water-scarce.

The system can save people about $1,000 per year on their water bill.