7 Inventions by Nikola Tesla That Were Never Built 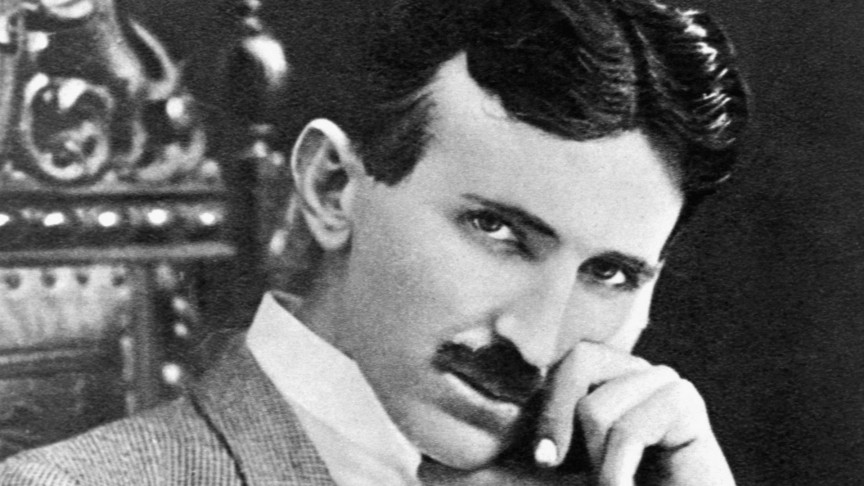 Nikola Tesla is one of history’s greatest inventors, whose work has captured the imaginations of the generations living in the world he helped to build. As the holder of more than 270 patents in 27 countries—including 112 in the US alone—Tesla rightfully earned his place in history. However, not every one of Tesla’s inventions made it to production. With that in mind, we combed through the records and found seven of Tesla’s most eccentric inventions that were never built.

As someone almost completely associated with electricity, it shouldn’t be surprising that many of Tesla’s patents are in the field of electricity generation and transmission. What a lot of people don’t know is that Tesla also tried to build a tower that would transmit electricity through the air. He even got American financier J.P. Morgan to finance the building of Wardenclyffe Tower on the North Shore of Long Island, which Tesla hoped to adapt to transmit electricity to New York City.

Morgan balked at the cost of the electricity transmission scheme and refused to fund the rest of the project, which Tesla had to abandon in 1906, tearing down Wardenclyffe Tower a decade later in 1917.

When wireless charging was introduced, it felt revolutionary. Nikola Tesla, meanwhile, would chide us all for thinking so small. In 1919, Tesla described his idea for a supersonic airship powered entirely by wireless electrical transmission from ground-based towers that could fly 40,000 ft (12,192 meters) off the ground and at a speed of 1,000 mph (1,609 km/h), making the trip from New York to London in under four hours.

While Tesla is best known for his work with electricity, this isn’t the only area in which he worked. Another major area of work for Tesla was military technology. Like Alfred Nobel, Tesla believed that the best way to prevent war was to make it either utterly pointless or so catastrophic for the participants that no one would be mad enough to go to war again.

With this in mind, Tesla invented a small boat that he could start, stop, and steer with radio signals. He hoped that by removing humans from the equation, “battle ships [sic] will cease to be built and the most tremendous artillery afloat will be of no more use than so much scrap iron.”

One of Tesla’s most outlandish ideas was that it would be possible to photograph one’s thoughts.

In 1933, he told reporters at the Kansas City Journal-Post,

“In 1893, while engaged in certain investigations, I became convinced that a definite image formed in thought, must by reflex action, produce a corresponding image on the retina, which might be read by a suitable apparatus.

“Now if it be true that a thought reflects an image on the retina, it is a mere question of illuminating the same property and taking photographs and then using the ordinary methods which are available to project the image on a screen.

“If this can be done successfully, then the objects imagined by a person would be clearly reflected on the screen as they are formed, and in this way, every thought of the individual could be read. Our minds would then, indeed, be like open books.”

Obviously, this is not how thought processes work, but there is so much we don’t know about the biological mechanism of human thought and consciousness that we cannot say for certain that Tesla wasn’t on to something.

In 1893, Tesla was granted a patent for his steam-powered mechanical oscillator whose vibration could be utilized to generate electricity. As he would later tell reporters, while calibrating this machine for an experiment, it began to shake his New York City laboratory so violently that it almost brought the building down.

“Suddenly all the heavy machinery in the place was flying around. I grabbed a hammer and broke the machine. The building would have been down about our ears in another few minutes.

“Outside in the street, there was pandemonium. The police and ambulances arrived. I told my assistants to say nothing. We told the police it must have been an earthquake. That’s all they ever knew about it.”

This gave Tesla the inspiration for his telegeodynamic oscillator—an earthquake machine—which could be used by scientists to discover the geological properties of the Earth and for engineers and prospectors to locate mineral and metal ore deposits underground. He never got to build his earthquake machine, but scientists and engineers use the same principle today to do exactly as Tesla imagined.

Over the course of his life, Tesla conceived of weapons of such destructive magnitude that they would rival the atom bomb in their devastating power—had they been built and put to use.

One such weapon was the Artificial Tidal Wave, which he believed would be the ultimate defense against enemy navies. Tesla’s hope was to make the largest battleship any nation could produce useless, so countries would not bother to build navies. To do this, Tesla envisioned “telautomatons” that would pilot several tons of high-explosive material near an enemy navy and detonate it.

Tesla calculated that the collapsing gas bubble produced by the explosion would produce tidal waves more than 100 feet (30 meters) high, enough to sweep away the largest dreadnoughts of the era.

Tidal waves don’t quite work that way, however, as the United States and Soviet Union learned when they performed underwater nuclear bomb testing in the 1940s and 1950s.

Or the Peace Ray, as Tesla called it.

Tesla believed that by accelerating mercury isotopes to 48 times the speed of sound, the resulting beam would produce enough energy to destroy entire armies at a distance, limited only by the curvature of the Earth.

Tesla apparently tried to shop this idea around to several governments in the years before his death, including the United States, but the Soviet Union was the only one to experiment with it at all, and it never produced the kind of results Tesla hoped.

Which is probably a good thing, all things considered.