7 Benefits of AI That Will Help Humanity, Not Harm It 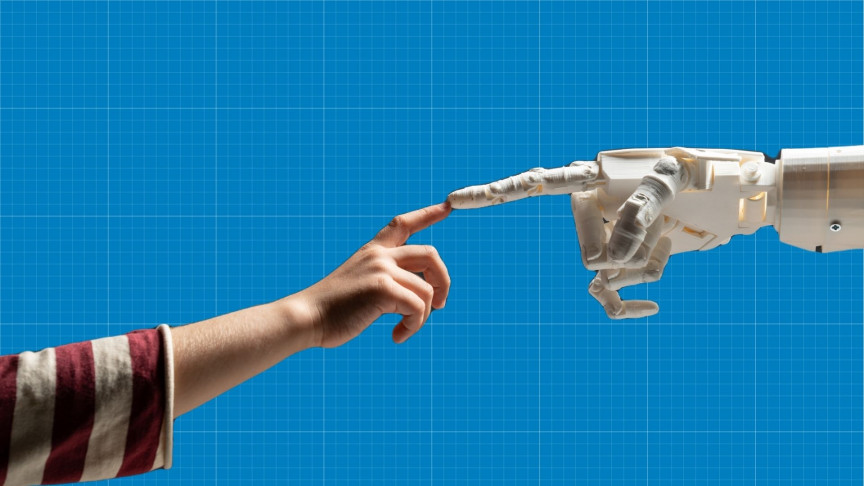 Artificial intelligence (AI) is an intriguing concept, and innovations in the field are growing by leaps and bounds. The implications of AI — both positive and negative — have fascinated experts and amateurs alike for many years, but there are some great benefits of artificial intelligence that are perhaps not frequently considered.

Digital technology has been developing at a breakneck speed over the last few decades, and it is safe to say that today most of us have significantly more technological power in our pockets than we had in our entire homes back in the 90s.

There have also been significant breakthroughs in the field of machine learning and deep learning. These concepts have allowed machines to process and analyze information, and in some cases to learn for themselves, in a very sophisticated manner.

Thanks to these developments in AI technology, machines can now learn to perform complex functions such as facial recognition.

That being said, there has been significant debate regarding the risks posed by artificial intelligence to humanity. There have even been concerns about AI taking control of our lives to the extent that it may prove to be detrimental to humanity.

It is also feared that as a result of the application of AI in our daily lives, unforeseen consequences could occur, such as the development of killer robots and putting people out of work. There are also allegations that AI has already been used to manipulate elections.

Fears of the potentially darker side of AI are one thing, but they are balanced by some surprising potential benefits that AI and ML could be poised to deliver. Here are some of the most notable examples.

1. AI has and will continue to enhance automation

Today, AI-augmented robots can easily perform a variety of automated tasks, both inside and outside of the factory, without the need for constant human intervention. AI is poised to be a transformative technology for some applications and tasks across a wide suite of industries.

Machine learning, deep learning, and other AI technologies are already being used to reduce human workloads in assembly, packaging, customer service, and HR, among other areas.

This has reduced operational costs and employee costs substantially, bringing about a level of sophisticated automation never before seen.

A beautiful example of the wonders of AI in enhancing the level of automation can be seen in the Japanese machine tool builder, Okuma. In 2018, they highlighted a multitude of innovations to showcase the future of smart manufacturing.

This includes robots for plants of all sizes, new and improved machine tools, and smart machine tools. Such examples clearly demonstrate the potential of AI for the future of work in industry.

We may also see a rise in AI and robots working alongside human operatives too in the future. Called “cobots”, these robotic coworkers can help assist, rather than fully replace, human workers to help improve the overall efficiency, and general happiness, of their human colleagues.

Companies like Amazon are already seeing benefits from this kind of working relationship between us and the machines.

2. AI can help eliminate the necessity for humans to perform tedious tasks

One of the main benefits of artificial intelligence is its ability to reduce the drudgery involved in many work tasks. Repetitive, tedious tasks in any job are the bane of many human workers around the world. Some are so boring, that mistakes are commonplace, as human attention can be difficult to sustain when conducting repetitive tasks.

Such tasks, however, are perfectly suited for computer automation. This is where sophisticated AIs could come to the rescue.

Machines excel in taking care of standardized processing work like data entry, etc, freeing up human operatives to concentrate on the more creative and interpersonal aspects of their jobs or lives.

Let’s take the example of the banking sector, which has seen something of a major breakthrough in this area, thanks to the applications of AI. Financial institutions today are seen taking full advantage of this technology to make banking quicker and easier for the consumers.

This has already gone some way in giving financial workers some reprieve from the tedious aspects of their jobs, and focus on deeper research and analysis of all-around consumer experience.

In fact, a recent survey of IT leaders by MIT found that a large proportion of respondents welcomed the use of AI to do the heavy lifting when it comes to repetitive tasks. Nearly half (47%) of them strongly agreed with the statement that thanks to AI, “We could dedicate more time to thinking creatively about the business challenges we (and our clients) face.”

3. Improving weather forecasting is another way AI can benefit humans

Weather forecasting is highly complex and calls for intensive computing and deep-learning networks that can empower computers to sift through and analyze large data sets far faster than humans ever could.

In the past few years, we have seen the use of artificial intelligence and its associated technologies used in weather and climate forecasting. Called “Climate Informatics”, this field has already proved to be a very fruitful one, enabling greater collaboration between data scientists and climate scientists, bridging the gaps in our understanding.

There are countless applications of AI aimed at accurate weather forecasting. IBM, for instance, used its computers to improve its forecasts back as early as the mid-1990s.

Such systems have been further enhanced with the incorporation of AI with IBM’s GRAF system.

4. Next-generation disaster response is another reason why AI is good

California saw major devastation in 2017, due to the onslaught of wildfires. More than 1 million acres of land was reported burned in wildfires that also claimed the lives of around 46 people and led to the loss of hundreds of homes. The large-scale wildfires in Australia between 2019 and 2020, also caused severe damage and loss of life.

Due to the increasing threats of extreme weather events like these, more and more government authorities and organizations are embracing artificial intelligence to help fight these disasters with algorithms and satellite data.

AI has ably demonstrated its utility in building smart disaster responses and providing real-time data of disasters and weather events.

This helps save valuable time, enabling disaster response in a more targeted and efficient manner. Once sophisticated enough, it could theoretically offer warnings with enough time to safely evacuate any people in the danger zone.

It is also expected that deep learning will soon be integrated with disaster simulations to come up with useful response strategies.

5. AI could free humans from putting their lives on the line

It is a common trope that AI will one day be the end of humanity, as robots and machines either deskill, destroy, or enslave us all.

However, what is usually ignored is the fact that the incorporation of AI in our daily lives could help free us of many responsibilities that we do not want or need.

A persuasive example in this regard is the future of war and weaponry. AI shows immense promise as a potential application in war as stipulated in Paul Scharre’s book “Army of None.”

As stated in his book, in the future, militaries and machine intelligence are expected to work in tandem to conduct wars. This would likely mean AI and robots taking on the more dangerous roles in combat instead of putting human beings in the literal firing line.

Needless to say, there are some very serious ethical issues to work out first before we give AI the ability to potentially take life.

But, AI could help save human lives in other areas like disaster rescue situations. We may, one day, see AI-powered firefighters or assist first responders to locate and save lives during environmental or industrial catastrophes.

AI never sleeps. Rather than an ominous statement, this is actually potentially very beneficial to us all.

Humans need to eat, sleep and rest, machines and AI do not. So long as it has a supply of electricity, In theory, AI can work all the time, for eternity.

Excluding breaks like popping to the toilet, having a cigarette, or eating food, humans tend to work between 4 and 10 hours a day. AI never needs to go for a bathroom break, sleep or eat, and so can be working 24×7 at peak performance.

This will reduce errors, maintain critical services, and enable businesses, and other organizations to provide services that their users rely on (like helplines, etc). For educational and research institutions, this could lead to some major breakthroughs in future discoveries that could have wide-ranging benefits for us all.

While there are some very real concerns about the potential to eliminate or make some types of jobs redundant, AI could also open entirely new areas of work. The application of AI in businesses will also force the job market to evolve which, with the right preparation, could be a very good thing.

From various maintenance and supporting roles, to entirely new careers not yet dreamed of, the widespread adoption of AI could be a brighter future for all of us. And we’ve been here before.

Similar fears to those around AI have surfaced around most new forms of technology. Sometimes, the fears are well-founded, and sometimes not, but either way, the genie of new technology cannot be put back in the bottle. All we can do is learn how to use it wisely and to our advantage.

And that is your lot for today.

While there are some very real concerns around its development, AI could be the best thing since sliced bread if adopted properly.