6 Often-Overlooked Stories of Women in STEM 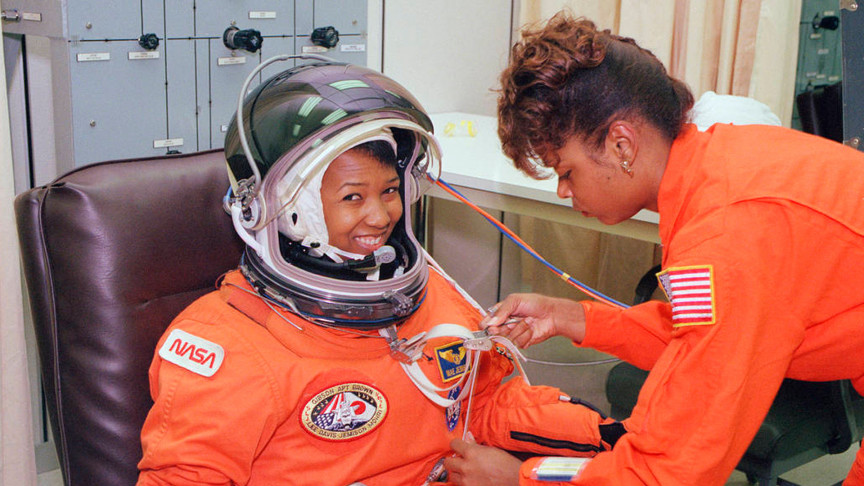 Throughout history, there have been many inspiring contributors to science, technology, engineering, and math (STEM). While these industries continue to expand rapidly, a significant gender gap persists globally – women make up only about 29% of the workforce in STEM.

Still, we’ve made significant progress, much of which we owe to the women who paved the way. Whether you’ve heard their names or not, their stories are worth reading. These six women used their undeniable intellect and ingenuity to help build the future, and ensure women had a place in the lab.

Dorothy Wrinch is possibly one of the greatest female minds in STEM. She was a mathematician and biochemical theorist, who is best known for her attempt to deduce protein structure using mathematical principles.

Dorothy attended Girton College at the University of Cambridge in 1913 to study mathematics. She was strongly influenced by mathematician Godfrey Harold Hardy and British philosopher, mathematician, and logician Bertrand Russell and went on to study symbolic logic with him.

Between 1918 and 1932 she published no fewer than 20 papers on pure and applied mathematics and 16 on scientific methodology and on the philosophy of science.

By 1932 her work was more focussed on theoretical biology and she became one of the founders of the Biotheoretical Gathering (aka the ‘Theoretical Biology Club’), an interdisciplinary group that sought to explain life by discovering how proteins work.

Her most significant contribution to STEM was her so-called “cyclol structure” – the first structural model for folded, globular proteins.

Her model was ambitious but was later proved to be problematic when it was found to be at odds with later experimental observations on the structure of proteins. Despite this, some elements of her hypothesis were verified. For example, she was correct that hydrophobic interactions are the main reason that proteins tend to fold.

Whilst her work is an excellent example of the power of empirical falsifiability in the scientific process, it did help lay the foundations for the development of the DNA double helix structure defined by Crick and Watson in the 1950s.

Ruby Payne-Scott was one of the earliest Australian radiophysicists and radio astronomers and the first-ever female radio astronomer. She made significant contributions to the development of RADAR and became an expert in the detection of aircraft during WW2.

After the war, she repurposed her expertise for scientific purposes. Being both a physicist and electrical engineer, she quickly distinguished herself from most of her colleagues.

In 1946, Ruby and her colleagues, Joe Pawsey and Lindsay McCready, were among the first to make the connection between sunspots and increased radio emissions from the Sun.

She late built on this work and between 1946 and 1951 by studying ‘burst’ radio emissions from the Sun. Her work would become instrumental in the field, and she is widely credited with the discovery of Type 1 and Type III bursts.

3. Emily Warren Roebling was instrumental in building the Brooklyn Bridge

Emily Warren Roebling is best known for her significant contributions to the completion of the Brooklyn Bridge.

Whilst visiting her brother during the American Civil War in 1864, she became acquainted with Washington Roebling, at that time an engineering officer on her brother’s staff, and the two were married in 1865.

Washington Roebling was the son of the Brooklyn Bridge’s designer John A. Roebling and when construction began on the bridge, John Roebling sent Washington and Emily to Europe to learn about the use of caissons for bridge-building. In 1869, Washington’s father, John, died following an accident at the bridge site.

Washington took over from his father as the chief engineer. As a result of prolonged exposure to pressurized conditions in the caissons at the bottom of the East River, Washington suffered severe attacks of decompression sickness and became an invalid. Emily found herself in the role of relaying information from her husband to the site team.

She quickly developed extensive knowledge of various aspects of the bridge’s construction. For the next decade, she became an invaluable member of the design team and effectively took over the role of chief engineer for the project.

Once the bridge was finished, in 1883, Emily was the first to cross, riding with President Chester A. Arthur, and was honored in the opening speech. “[The bridge] an everlasting monument to the sacrificing devotion of a woman and of her capacity for that higher education from which she has been too long disbarred”.

Lillian Moller Gilbreth was an American psychologist, industrial engineer, consultant, and educator. She is best known for her pioneering work in the application of psychology to time-and-motion studies.

Lillian became one of the first female engineers to ever earn a Ph.D. and is considered one of the very first industrial/organizational psychologists.

Born in Boston, Massachusetts in 1903, Lillian would dedicate her career and most of her life to combining psychology with the study of scientific management and engineering.

By combining the Time Study work of Frederick Winslow Taylor with her own Motion study principles, she was able to create an entirely new business efficiency technique called Time and Motion Study. Today, it is a major part of scientific and business management.

Lillian and her husband would later found a consultancy business based on this new field and would write numerous publications on the subject.

Lillian, for her part in the venture, would receive over 23 honorary degrees, have libraries named after her, and receive various other awards and honors during her lifetime and posthumously.

5. Mae Jemison is a history-making astronaut

Mae Carol Jemison is an American physician, engineer, and NASA astronaut. She is best known for being the very first black woman to travel into space when she joined the crew of the Space Shuttle Endeavour.

Mae earned a degree in chemical engineering, graduated medical school, and worked as a general practitioner. She later joined the Peace Corps between 1985 and 1987 before being accepted by NASA in 1992.

The same year, Mae was assigned as the mission specialist for STS-47. All told, Mae would spend around 190 hours in space. Her medical training makes her one of the few astronauts to also be an M.D.

A year later Mae resigned from NASA and founded her own research company to investigate the application of technology into daily life.

Mae has also made appearances on TV and film throughout her life, most notably making a cameo in an episode of Star Trek: The Next Generation.

For her work, Mae would later receive 9 honorary degrees in science and engineering, letters, and the humanities.

Hertha Ayrton, born Pheobe Sarah Marks, was a British engineer, mathematician, physicist, and inventor. She is best known for her groundbreaking work on electric arcs and ripples in sand and water.

Born in 1854 in Portsea, Hampshire, she would gain an interest in mathematics, science, and engineering and, with the aid of George Eliot, successfully applied to Girton College, Cambridge in the 1880s.

Whilst there, she built her own blood pressure meter, founded the Girton Fire Brigade, and formed a mathematics club. She successfully passed the Mathematical Tripos but could only be awarded a certificate, rather than a degree, as was the custom at the time for women.

Despite this, she was awarded a B.Sc. from the University of London in 1881. Hertha would be granted various patents for inventions from 1884 which included five on mathematical dividers, 13 on arc lamps and electrodes, and another eight on the propulsion of air.

In the late 19th century, Hertha worked to help solve a common issue with electric arc lighting. She was able to determine that a common flicker problem was caused by oxygen coming into contact with the lighting’s carbon rods.

This makes her only one of two women to ever receive the prize.

One of her most important inventions was the Ayrton Fan or flapper, which was used during the trenches of WW1. Its design was inspired by her work on vortices in water and air and it was used to keep trenches clear of poison and foul gas.

Whilst she did initially receive resistance for its use, she fought tenaciously for its organization and production. Over 100,000 were eventually used on the Western Front.