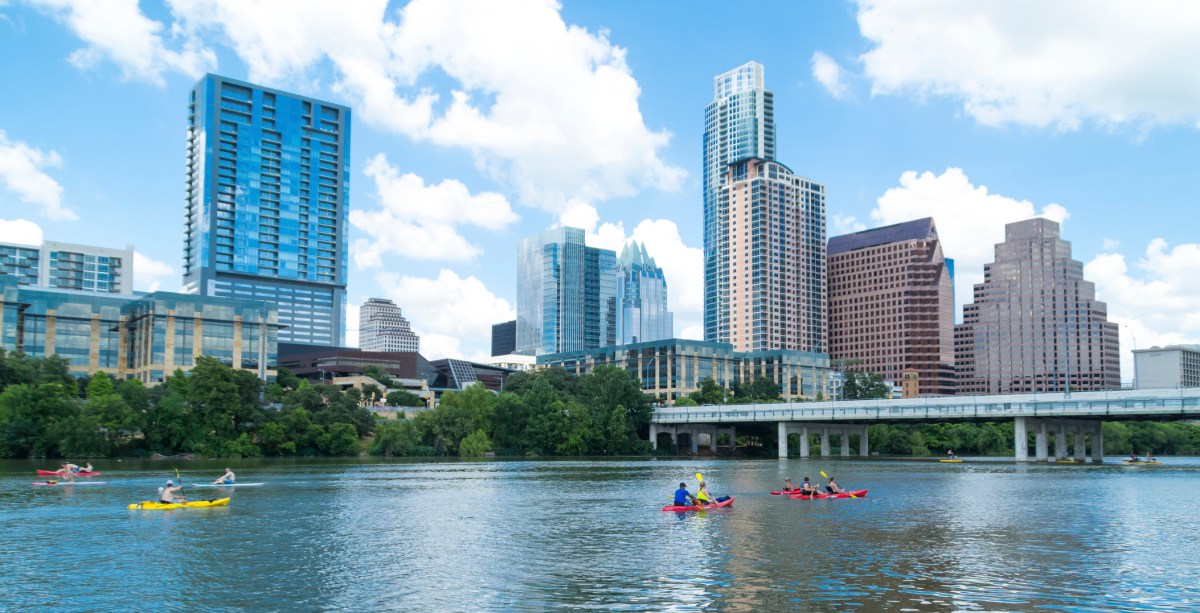 We are excited to bring Transform 2022 back in-person July 19 and virtually July 20 – 28. Join AI and data leaders for insightful talks and exciting networking opportunities. Register today!

With colleges finishing up towards the end of April and early May, this year’s crop of technology graduates will be thinking about next steps. The great news is college grads aged 25-to-34 have an employment rate of 86%, based on a recent study from the National Center for Education Statistics, so if that’s you, you’re in a great place for a job hunt.

America is your oyster too: alongside the well-established technology centers such as San Francisco, Seattle, and New York, there are a growing number of emerging locations to consider also. Below, we’ve highlighted four cities that are well worth considering — and you can check opportunities nationwide on our Job Board too.

The cool capital of Texas, Austin’s counter-culture roots are long established. Politically liberal, home to the University of Texas, it’s also the location for the globally famous SXSW festival, an essential event in the annual tech calendar. No wonder it has been nicknamed Silicon Hills.

And it’s got a lot more going for it too: in 2019, Austin was voted the number-one place to live in America for the third year in a row, based on affordability, job prospects, and quality of life. This year, it came out as the top city in Texas to live and it also ranked as a top five city in the country on the renowned U.S. News Best Places to Live list.

It’s a great place for women too: Texas took the top spot in a study of the best states for female entrepreneurs in a Fit Small Business survey.

Home to an array of top tech companies including ServiceNow, Salesforce, Adobe, Dell, Cisco, and Intel, there are many more names to check out. How about working at community experience company Personify? There’s a Software Engineer Test QA position available at its Austin location. You’ll be a member of the Research and Development team and will be responsible for ensuring quality products are delivered to users.

Located on Florida’s Gulf Coast, Tampa is quickly establishing itself as a tech city to know — last year Forbes named it the number-one emerging tech city in the nation and real estate website Zillow is tipping it as the location of the nation’s hottest housing market this year. The city predicted a growth of 2,000 new jobs last year — it is already responsible for more than 25% of the state’s tech jobs.

It’s clear Tampa is buzzing. So why make it your home? That warm, sunny Florida heat is one bonus, its downtown area has been revitalize, and there are over 50 software and IT companies located here to consider. The city ranked ninth in U.S. markets for technical talent growth over the five years to 2020, increasing 23.5%.

OPSWAT, TrustLayer, Celsius Network, and International Data Corp are all located in Tampa, helping to contribute to the “brain gain” the city is becoming notorious for. If you’re thinking of adding to its coterie of connected, switched-on residents, this could be the city for you.

You can discover lots more tech jobs nationwide on our Job Board now.

With Apple’s 2021 announcement that it intended to build a new campus and engineering hub in the Raleigh-Durham area — with an investment of more than $1 billion in North Carolina and the creation of around 3,000 new jobs in machine learning, artificial intelligence and software engineering — plus Google’s intention to establish a Google Cloud hub in Durham that will create more than 1,000 engineering jobs, both moves have cemented the area’s growing reputation as a technology center.

Almost 14% of Raleigh’s workforce is involved in tech, and it ranks among the top U.S. cities for startups, helping it to become one of the nation’s best cities for tech jobs. Since 2015, North Carolina State University students have launched more than 170 startups, which have raised a combined $1.7 billion in venture capital.

In addition to its strong startup culture, the area boasts a stable of large established companies including IBM, Red Hat, SAS Institute, Verizon, and Lenovo. Want to make a strategic move to this area? Then keep a close eye on our Job Boards for a role that fits your brief.

Atlanta has long been a hub for transport — Hartsfield-Jackson Atlanta International Airport is one of the biggest in the world, serving over 100 million passengers yearly. And it is now establishing itself as a technology hub too.

Known as the “Silicon Valley of the South”, the Atlanta Tech Village, home to the city’s hottest startups, is now a major driver of its innovation economy and has drawn over $826 million in capital investment.

The city itself is gaining a reputation as a great place to live. With an urban feel, it has plenty of green space too: beautiful neighborhoods, plenty to do, and an affordable cost of living. And Atlanta is around 47% cheaper than San Francisco.

Plenty of big tech names are here: IBM, Accenture, Amazon, Cox Communications, and Verizon are all names you’ll know. Evo Payments is hiring: the company has a Developer, Patch and Vulnerability Management role available in the city. It will involve the design, development, performance testing, and creation of documentation for key features that will evolve Evo Payments’ current processes for patch and vulnerability management.

For lots more roles in emerging (and established!) tech cities, check out our Job Board

VentureBeat’s mission is to be a digital town square for technical decision-makers to gain knowledge about transformative enterprise technology and transact. Learn more about membership.