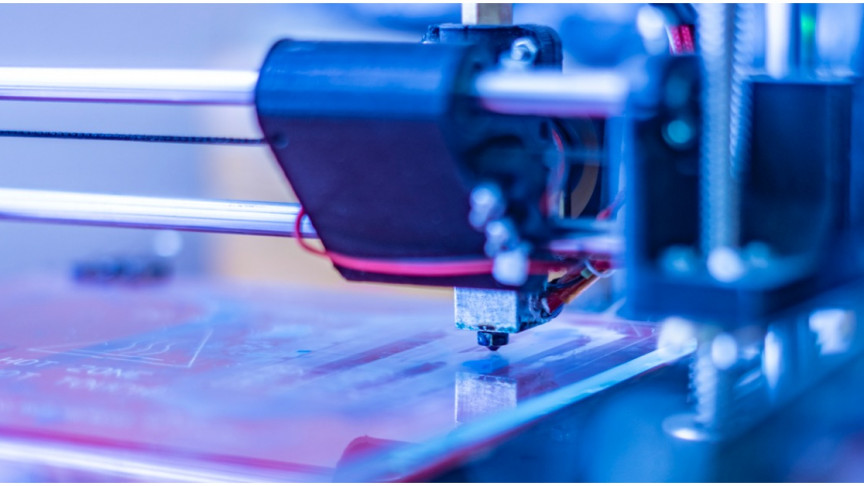 Efficient electronics supply chains deal with demands such as an iPhone requiring components from suppliers in over 40 countries. The production volume throughout the supply chain is usually based on sales predictions. If demand remains as expected, this works well, with little waste, smoothly as a Swiss watch.

However, if there is a sudden slight consumer change in tastes or requirements, if sales of a new product are a lot better or worse than expected, or if a particular part is needed unexpectedly in a remote location or at very short notice, existing supply chains become a lot less efficient.

On-demand manufacturing offers a solution. Rather than predicting what will be needed in advance and having a supply chain in place to meet those predictions, the idea is to manufacture in response to demand. Indeed, this is a clever solution.

On-demand manufacturing not only reduces waste but enables companies to adapt to changing requirements in a more agile fashion, and facilitates greater customization. 3D-printed electronics is an emerging technology that enables this new manufacturing paradigm.

3D printing –also known as additive manufacturing– is the process in which a material is deposited layer by layer to build up a 3D object. 3D printing is, by now, a relatively well-established technology. The most common material often used in 3D printing is thermoplastic. Although 3D printing can also be applied to metals and ceramics.

IDTechEx Research has released an extensive and insightful detailed report of the entire 3D electronics, including 3D-molded interconnect devices (3D-MID), and in-mold electronics (IME). According to the IDTechEx Research report, 3D-Electronics 2020-2030: Technologies, Forecasts, Players, one of the main advantages is that specific products with unique specifications can be made to order, enabling cost effective production of bespoke parts, and thus, facilitating on-demand manufacturing.

Another advantage is that manufacturing is additive rather than subtractive. This means that material waste is far less than other manufacturing technologies such as machining. The impact of the recent Covid-19 across the whole range of 3D printing applications in the manufacturing industry has been detailed in the recently updated report 3D Printing and Additive Manufacturing 2020-2030: Covid Edition.

Back on October 1, 1908, the first production Model T Ford was completed at the company’s Piquette Avenue plant in Detroit, in The United States. Between 1908 and 1927, Ford would build some 15 million Model T cars in what became the longest production run of any automobile model in history, until the Volkswagen Beetle surpassed it in 1972, that is.

The Model T was the first Ford with all its parts built by the company itself. Henry Ford allegedly claimed that customers for his mass-produced Model T could have “any color they like as long as it’s black,” since with conventional production methods lowering per unit costs require large production runs of identical items.

However, this is not the case for 3D-printed electronics; or indeed, 3D printing in general. Since no molds, masks, or specific tooling are required, there is very little difference in cost –aside from adjustments to the input file– between producing 1,000 different products and 1,000 identical ones.

Applications where mass customization provides a tangible value proposition are medical devices such as prosthetics and hearing aids. Moving on from 3D-printed electronics prototyping to mass production, such applications are likely to be some of the first to be addressed.

Distributed manufacturing includes advantages such as reduced distribution time and cost since products can be manufactured close to their final location. Without long-term investment in large facilities that are tied to specific purposes, the manufacturing supply chain is, thus, made more agile.

Moreover, another advantage, especially pertinent given the disruption caused globally by Covid-19, is that distributing manufacturing around multiple locations –and even independent suppliers– reduces the risk of production line failure or electronics supply chain disruption.

Distributed, small scale manufacturing also means that production can easily be started at a new location to take advantage of excess capacity –even if that facility was previously making a different item– potentially reducing costs.

However, distributed manufacturing is not applicable to everything. The biggest challenge is competing with existing manufacturing and supply chains that have evolved over the decades to become incredibly efficient.

According to IDTechEx Research, this is likely impossible for high volumes, in which the time and cost advantages of batch production –especially injection molding– outweigh the benefits from on-demand manufacturing.

Another challenge is distribution, since long distance transport is at present far cheaper than last mile delivery. The cost of distributing supplies to multiple distributed locations may off-set the advantages of manufacturing close to the final location.