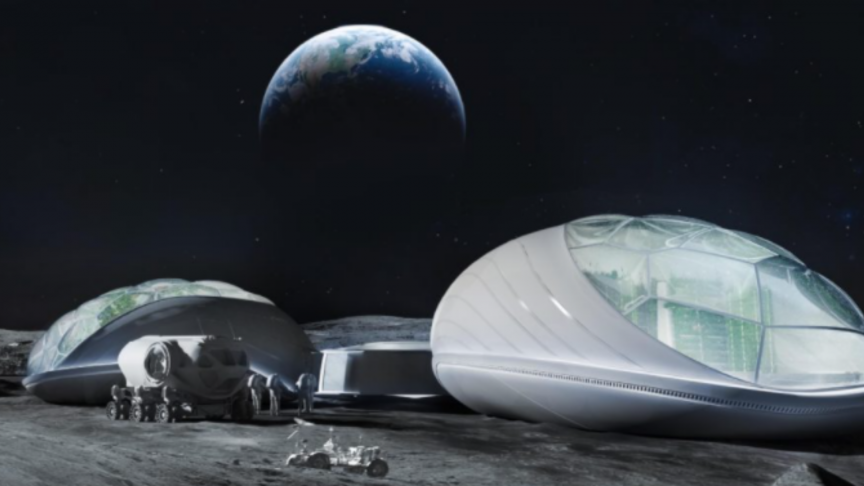 As we prepare for a future in space where crewed missions are expected to reach Mars and we begin settling on our Moon and other planets, the issue of supplying food in space crops up. Carrying large quantities of food aboard spacecraft might not be feasible and the environment on these space rocks is likely to be hostile to agriculture. French- American company Interstellar Lab may have found the right answer in their BioPods, the most advanced greenhouses ever built.

Founded in 2018, Interstellar Lab is the brainchild of venture capital expert Barbara Belvisi and was incubated at the NASA Ames Space Portal. The company uses aeroponics – an advancement over hydroponics – and uses mist as a soil replacement to grow plants. Interstellar Lab has developed atmospheric control technology capable of maintaining precise climate conditions, irrespective of the conditions outside the BioPod. The company claims to have standardized growing conditions for over 300 plants that are not just food crops but also plants that can deliver pharmaceutical and cosmetic compounds.

An Artificial Intelligence (AI) powered controlled center can manage the BioPod independently, even selecting crops and scheduling them. An integrated water treatment system saves up to 98 percent water while the aeroponics boosts yield by 300 times while using 1/20th energy. BioPods are designed to work as stand-alone units and can also be connected to support a large crew. By recycling food, air, and water, BioPods are quite the epitome of sustainable living.

Interstellar Lab uses inflatable membrane technology to aid the rapid deployment of these BioPods. In a recent development, the company has partnered with a 3D printing startup, Soliquid, to use additive manufacturing (AM) techniques to build their pods and has patented a system to print concrete, resin, and other materials. Following this partnership, Interstellar Lab will now be able to 3D print all the material components of the pods along with the inflatable membrane. Soliquid will deploy its six-axis robot and extruder to print these components in suspension and with lesser material.

Soliquid’s co-founder Jim Rhone has joined the Interstellar team as Lead Designer to drive this partnership. Designs of BioPods were recently unveiled at an investment summit in Riyadh. Apart from the needs of space missions, BioPods can also be used as conservatories for endangered plant species on Earth.